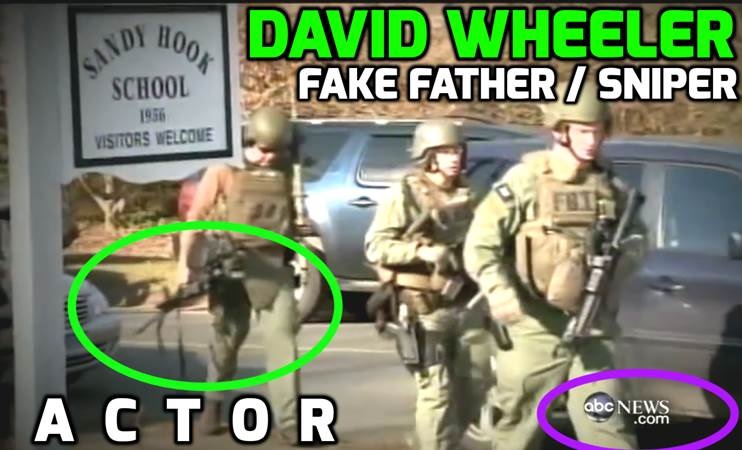 Heads up, folks: Once-banned videos that were blacklisted on YouTube are now starting to appear on Brighteon.com (see stunning example below).

This means the establishment is going to go into “attack overdrive” to try to discredit me as well as the entire Brighteon.com platform. You should expect to see every aggressive, malicious attempt ramped up in an effort to smear Brighteon.com and everyone involved in the project. Remember: The more they attack, the more they are revealing the importance of the information found on Brighteon.com.

Now, thanks to a channel called News Paradigm, the world is able to see an explosive Sandy Hook video that was systematically banned by YouTube. This video describes the totally fake, bogus “FBI sniper” — actually a crisis actor who also played a grieving parent. We do not know the originator of this video — or the identity of the narration voice you hear — but would be happy to credit that person if they contact us.

The video describes how elements of the Sandy Hook school shooting strategy were utterly and completely faked and staged as a form of elaborate theater for the news cameras. This doesn’t mean children didn’t actually die at Sandy Hook; it just means that the real violence was clearly augmented with fake actors to hype up the story and add theatrical elements. As I’ve explained before, “The violence is real. The narrative is fake.”

This stunning video explains that a crisis actor named David Wheeler played the role of a “sloppy sniper” FBI sniper, who walked around with the muzzle of his gun pointing in random directions, carrying the sniper rifle by the magazine, indicating to every intelligent person that this individual had no actual experience whatsoever with sniper rifles. He was a stupid, sloppy actor wearing a costume for the TV cameras. He was also an actor in another low-budget film, but his most famous role to date is playing “David Wheeler” and the FBI “sloppy sniper” at the same time, this video explains. (CNN thinks the public is so stupid that they hoped no one would notice.)

According to the video, Wheeler also played the role of a grieving parent, and he testified before Congress as a tear-filled parent. His role in the entire affair was completely fictitious. Yet YouTube, Google, Facebook, etc., have all tried to wipe this clean from the internet through systematic banning of all videos and articles related to David Wheeler and Sandy Hook. The evidence of massive fakery and fraud on the part of the Sandy Hook script writers is so convincing that every gatekeeper on the internet has waged an all-out effort to ban every video mentioning this.

It all brings up the question: If this video is just a silly conspiracy theory that no one would believe, then why the all-out effort to ban it? (Answer: Because the video is actually a piece of brilliant journalism and independent investigation that exposes the blatant fake news fraud surrounding Sandy Hook events where the violence was real, but the news was faked / staged.)

Whether you agree with this video’s conclusions or not, the fact that it was aggressively banned demonstrates exactly why we need Brighteon.com and other independent platforms of free speech that are not monopolized by Google and other evil internet gatekeepers. See more videos every hour at www.Brighteon.com. Also, be ready for a wave of malicious lies, fake news and false accusations against myself, Brighteon.com, Natural News and other independent media websites. The only tactic the lying establishment has remaining is to try to smear the very people telling the truth and keeping the public informed.