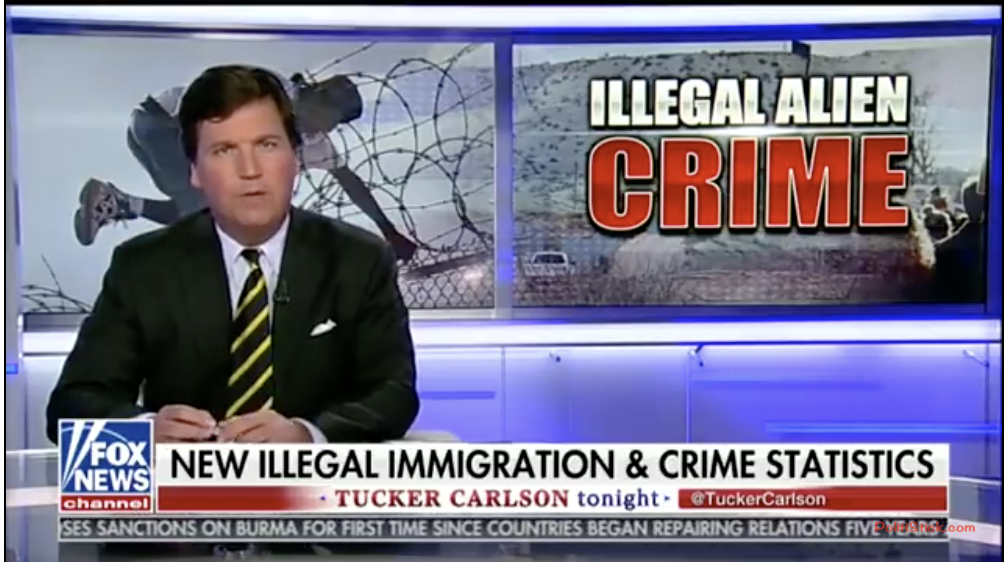 In the 1970s, a film called “The Texas Chainsaw Massacre” was a low-budget horror flick that became a cult classic, receiving both rave reviews and condemnation for its depravity and violence.

That was mostly just a movie, however, though some true events inspired different aspects of the film and some of its characters.

But thanks to the open-borders mentality of the Democratic Party and too many RINOs too deferential to the cheap-labor demands of their corporate donors, a real-life chainsaw massacre nearly took place just recently in California, where an illegal alien has been accused of attacking his wife in front of their three children.

As noted by Breitbart Texas, the suspect – Alejandro Alvarez-Villegas, 32, who reportedly has been deported 11 times and has a criminal history, was arrested after he ran from the scene. His wife is expected to survive, but obviously, she’s lucky.

Whittier, Calif., Police Department officers said that they were responding to a service call when they discovered a woman with “traumatic physical injuries, believed to have been inflicted by a chainsaw,” the Los Angeles Times reported, as noted by Breitbart Texas.

Alvarez-Villegas allegedly left the scene in a stolen SUV – of course. The day after his alleged attack, San Diego Police discovered the vehicle. When police attempted to make their arrest, Alvarez-Villegas reportedly tried to ram a police car, NBC7 reported.

The station noted that a spokesperson from the Department of Homeland Security said the agency’s database shows that Alvarez-Villegas is a “serial immigration violator” who has been deported from the U.S. 11 times.

The couple’s children – ages 10, 8, and 5 – were removed from the home and placed in protective custody, leaving taxpayers to pick up that tab as well.

U.S. Immigration and Customs Enforcement officials reported that “Mr. Alvarez-Villegas is a serial immigration violator who has been removed from the United States 11 times since 2005.” Immigration officials placed a detainer on the suspect, but California law prohibits cooperation with immigration officers.

So yes, once again, California Democrats’ have blood on their hands when it comes to enabling illegal immigration and illegal immigrant crime. (Related: Senate Democrats endanger citizens in risky ploy to protect illegal aliens.)

Breitbart Texas noted further that law enforcement records indicate Alvarez-Villegas’ criminal history includes unlawful possession of a controlled substance and one count of either using or being under the influence of a controlled substance. He has also pleaded no contest to driving under the influence of alcohol at a level above the legal limit of 0.08 percent.

Besides the state charges, Alvarez-Villegas might also face federal prosecution for being in the country illegally after removal. If he’s charged and convicted – and he should be – he faces 20 years in federal prison.

And at that point, of course, there wouldn’t be anything the insane Democrats in California could do about it. But it’s ridiculous that it has come to this.

That’s not the only illegal alien outrage committed in recent days. As AL.com reported last week, a 13-year-old girl, Maria Lopez, from Huntsville, Ala., was beheaded by members of the Mexico-based Sinaloa Cartel after she witnessed her grandmother being killed with a knife.

Her grandmother, Oralia Mendoza, was believed to be associated with the cartel. Three days before the two were killed, four members went to retrieve a batch of methamphetamine; when one of them became suspicious, they killed Mendoza.

The Washington Post reported that as the drug transaction was about to be made, Mendoza texted an unknown friend that she might be in danger, and asked her to go pick up Maria, who was on the autism spectrum. The text was discovered by Mendoza’s boyfriend, Yoni Aguilar and a man she once dated, Israel Palomino.

When they found it, they decided she had to be killed. Maria saw the murder, so they beheaded her.

These are the kinds of people Democrats weep for – the kind of animals found in cult horror movies.

Read more about the invasion of illegal aliens into the U.S. at InvasionUSA.news.