Data is wealth: Your personal info is now worth so much that it’s a mistake to give it away to corporate America for free 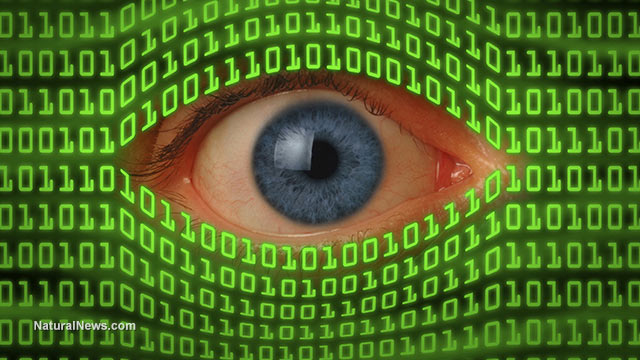 Your personal data is extremely valuable. In fact, it is so valuable that social media companies – which largely control the flow of all data from pretty much everyone – are now worth billions of dollars. The industry itself has been highly lucrative for the better part of the last decade, and it doesn’t look like things are going to slow down anytime soon.

However – and in case you haven’t started yet – it may be high time to reconsider exactly how much of yourself you’ve been sharing online. And your main motivation should be that the companies that you have been feeding all of your data into have now grown into unstoppable juggernauts that are increasingly taking charge of the more important aspects of society itself. In an article published in The Guardian, it is argued that they even want to stop the government from doing its job.

The piece, titled, “Data is the new lifeblood of capitalism – don’t hand corporate America control,” the author posits that data – your personal information, preferences, and all kinds of things in between – should now be considered “the world’s most important treasure.” As such, you need to stop giving it away to multi-billion dollar social media companies for absolutely free. Not only do they not have your best interests in mind, they also want to keep the government itself out of their way to keep raking in profits.

The problem is that policymakers are still largely in the dark as to what exactly is going on in the industry; how much data is really necessary for these companies to operate, where should the line be drawn concerning user freedom and privacy and optimizing the platform for improved performance, and so on. But it’s quite clear that the social platform themselves require enormous amounts of upfront investment, judging by the willingness of companies like Microsoft and Facebook to install new undersea cables that will carry data across the world.

According to the author, the so-called data flows that occur to facilitate the exchange and perusal of personal user data across different types of online services enable the billion-dollar social media industry to thrive. And the companies know this all too well, which is why they’ve banded together to form the Internet Association, which is a major lobby representing Facebook, Google, and other tech giants. If they could have things their way, the government would be “prohibited from requiring that certain kinds of data, such as sensitive personal information, be stored or processed in the country where it’s acquired.” And they have a few more wishes apart from that.

Other pertinent demands by the Internet Association include forbidding the government from requiring them to share details of their proprietary algorithms, preventing regulatory bodies from treating online services as public utilities, removing and never allowing tariffs on digital trade, and banning the government from treating platforms like Facebook and Google as publishers that should be accountable for the content being shown on their respective sites. Many of these are just common sense things, but the fact that they want actual regulations to officially grant them these privileges is audacious to say the least, according to the author.

As it stands, the social media landscape – with its many players targeting many different demographics – has simply grown too big to ignore. And while government oversight isn’t always in the public interest, neither is complete control from non-transparent capitalist corporate overlords. It’s time to take a good hard look at the available options to figure out what the next step should really be.

Social media has become so pervasive because it has been engineered to be addictive. You can learn more about this at Addiction.news.