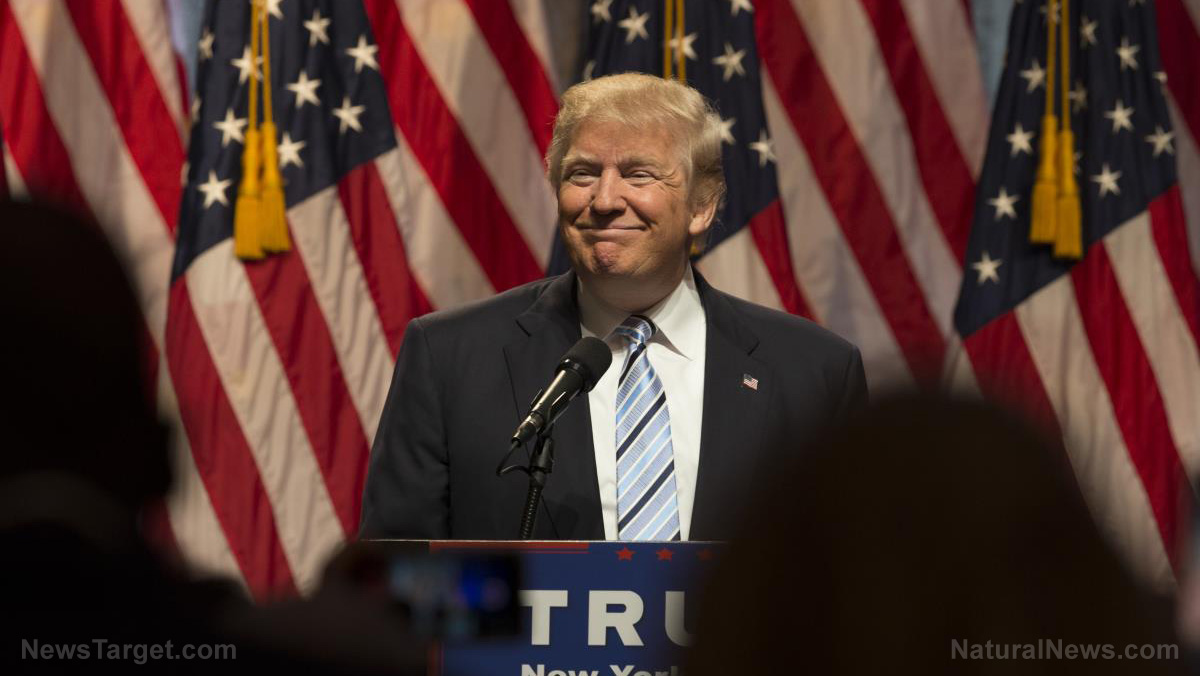 (National Sentinel) So Much Winning: Before his election victory, POTUS Donald Trump was mocked by many on the Left and Right for claiming that he could turn the U.S. economy around and bring back jobs that his predecessor, Barack Obama, said were never coming back.

During a town hall forum in Indianapolis, Obama made that pronouncement, essentially telling an American concerned about the future of employment in his city that some jobs just aren’t coming back.

When giving his answer, Obama then mocked GOP candidate Trump’s promise to negotiate better trade deals and bring back jobs Obama said were gone for good:

The fact is, under Obama, the annual average economic growth rate of just 1.4 percent was the weakest of any expansion since 1949. Obama economy never saw 3 – 4 percent growth.

And just like Obama mocked Trump’s claim that he could bring back those jobs Obama said were gone for good, he and the rest of ‘official’ Washington also scoffed when Trump said he would grow the economy by 3 – 4 percent per year

The fact is, thanks to POTUS Trump and the GOP congressional majority, the U.S. economy is now roaring — so much so that even the hostile, normally bitter Left-wing media can’t ignore it anymore.

Driven by pro-growth policies coming out of the administration and GOP-approved tax cuts, the president and some others now believe the U.S. economy can actually hit 5 percent growth.

In fact, the economy is so good even establishment media outlets normally combative with and hostile to POTUS are being forced to admit it, per the White House:

THE NEW YORK TIMES: Workers Hardest Hit by Recession Are Joining in Recovery

“The least educated American workers, who took the hardest hit in the Great Recession, were also among the slowest to harvest the gains of the recovery. Now they are a striking symbol of a strong economy. The unemployment rate for those without a high school diploma fell to 5.1 percent in July, the Labor Department reported Friday, the lowest since the government began collecting data on such workers in 1992.”

“More than 2.8 million have stopped participating in the Supplemental Nutritional Assistance Program (SNAP) – commonly known as food stamps – since Trump’s first full month in office, the data showed. Food stamp enrollment in May 2018 was 39,329,356 versus 42,134,301 in February 2017.”

“Unemployment for Hispanic workers again plumbed a new record low in July, the Bureau of Labor Statistics reported Friday. The unemployment rate for Hispanic or Latino workers fell to 4.5 percent in the month, lower than the previous record of 4.6 percent that was set just the month before.”

“The latest federal employment figures, released Friday by the Bureau of Labor Statistics, show veterans who have served in the military since 9/11 had an unemployment rate of 3 percent in July — the lowest it’s ever been, according to the government statistics dating back to 2006.”

CHICAGO TRIBUNE EDITORIAL BOARD: This Is What a Booming Economy Feels Like

“Best of all, people are finding work. The unemployment rate is 3.9 percent. It’s at a record low for Hispanics and near a record for African-Americans. Jobs mean everything to the nation’s sense of well-being. Opportunity offers fulfillment; paychecks create prosperity. Do you feel better about your prospects? You should. The economy is booming.”

GREGORY DACO IN THE HILL: Employment Data Hasn’t Been This Good Since the Days of the iPod

“[T]he economy has continued to add 200,000 jobs on a monthly basis over the past year, and these jobs number continue to reduce the amount of slack in the labor market. The unemployment rate fell 0.1 percentage points to 3.9 percent in July, while the underemployment rate (the U-6 rate), which accounts for discouraged workers and part-timers wanting full-time position, reached a 17-year low of 7.5 percent.”

Three FREE ways you can help us stick around

“Now the July employment numbers, released Friday, confirm that those who have been left behind over the past two decades are beginning to find their places in their search for the American Dream. America is getting back to work. July 2018 marked the second-lowest number of unemployed Americans since before 9/11 in May of 2001, dropping to 6.28 million – 284,000 fewer that in the previous month.”

LOUIS WOODHILL IN REALCLEARMARKETS: The Jobs Report is a Validation of Trump’s Economic Policies

“The economy truly is better now than it was under Obama, and Friday’s ‘Employment Situation’ report from the Bureau of Labor Statistics (BLS) provided solid evidence for this. July’s ‘headline’ (U-3) unemployment was 3.87%.  Except for this May, this was the lowest for any month since the 1960s.”

Gee — what does Obama have to say now?

Remember when, for most of his presidency, he blamed his lousy economy on George W. Bush?