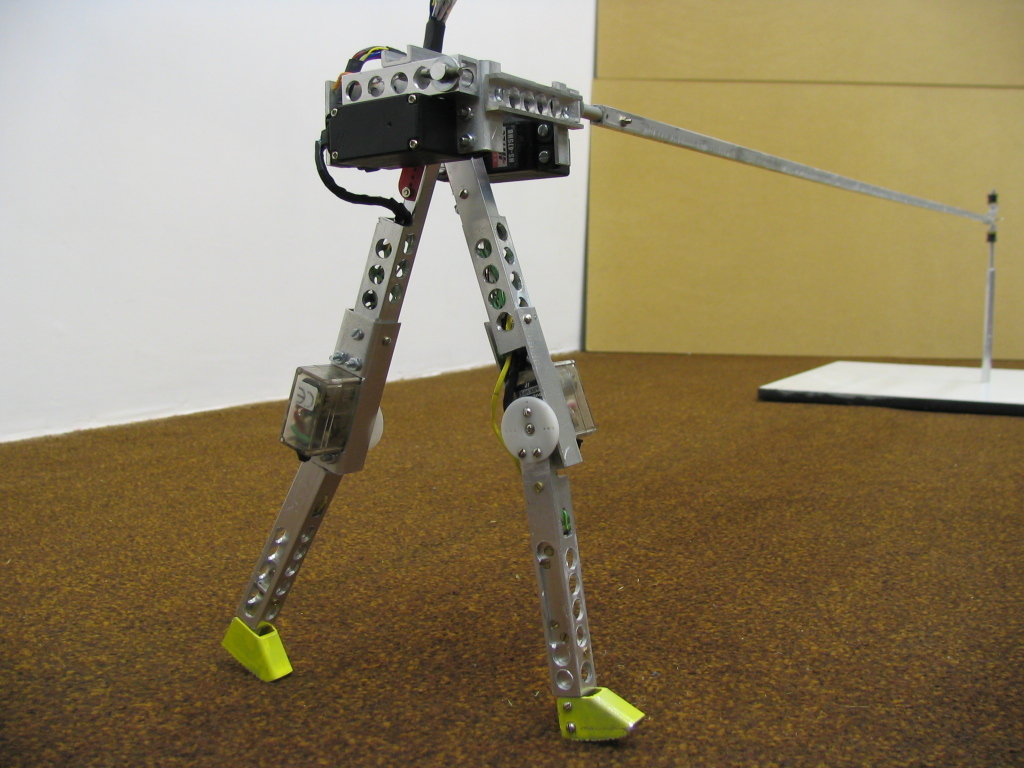 If you have ever seen a bipedal robot walking, you might have noticed that they tend to tip over a lot. Balance may not be their strong suit right now, but scientists are getting closer every day to overcoming this long-standing challenge.

Robots that move on legs must be able to move across rugged terrain to be effective in situations like search and rescue and disaster response. Unfortunately, experts have struggled to design control algorithms that can deal with footholds like stepping stones and rubble. Because foot placement can be quite tricky in such conditions – even for humans – it is hard to get this movement right in robots.

However, recent advancements have enabled scientists to give ATRIAS robots the ability to walk dynamically across stepping stones even when the distance between them and their height varies in an unpredictable way. If you’re having trouble picturing this type of robot, just imagine the four-legged AT-AT Walker that was used by the Imperial ground forces in Star Wars – albeit on a much smaller scale.

If this technology continues to improve, it could result in incredible advancements in legged robots, which are far more versatile than the wheeled varieties when it comes to navigating terrain. Right now, they are still a way off from real-world deployment as the current crop is slow and not energy-efficient.

The hybrid robotics group at the University of California Berkeley has been working to develop the control frameworks for bipedal robots and has had some great success in achieving dynamic walking on discrete terrain with variable step length and height. They say that it’s the first time such an achievement has been demonstrated in a bipedal robot.

The researchers wrote: “What’s different about our methods is that they allow for dynamic walking as opposed to the slower quasi-static motions that robots tend to use.”

They’re also working to integrate computer vision algorithms with deep learning and depth segmentation to help the robots reason about their environment and become completely autonomous. They are acquiring a new Cassie robot, which walks dynamically and will be used to work on three-dimensional walking across stepping stones in the real world.

Lots of potential uses for robots with this ability

Should their efforts ultimately prove successful, bipedal robots could gain the ability to navigate stairs, narrow hallways, and wooded paths correctly without falling over or being vulnerable disturbances.

This could prove useful in a search and rescue scenario. There are a lot of cases where sending in humans to rescue someone is a risky proposition and humanoid robots would be a far better choice.

Such robots could also be used to explore areas that have never been mapped or explored before. For example, they might be used on other planets with uneven surfaces. The team has also said that the technology will be suited to personal robots that help out in homes.

One day, the methods developed for bipedal robots could even be refined for use in robotic devices in humans like lower limb exoskeletons. Right now, people who have lower limb exoskeletons need to use additional balancing mechanisms such as crutches, and the current iterations cannot handle hands-free dynamic walking. There are so many potential uses for this technology, and they are growing a lot closer to reality thanks to the efforts of the UC Berkeley team.