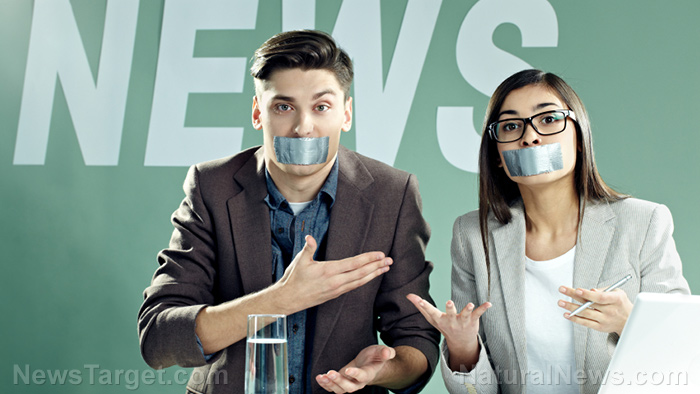 The Internet should be a limitless source of information about every subject under the sun. With this country’s expansive freedom of speech laws, seekers of truth and information should be able to enter information into an online search and find all three sides of the truth related to any given subject.

Unfortunately, in recent years tech giants like Google and Facebook have taken it upon themselves to filter, censor and generally edit the information you and I have access to. Instead of allowing us to exercise our mental faculties and draw our own conclusions, they have increasingly assumed (incorrectly) that they have the right to present not all the facts, but the facts that suit whatever their beliefs might be. (Related: YouTube employees suddenly find themselves on the front lines of a shooting war that they started via censorship and oppression of speech.)

In the latest example of this avalanche of censorship, YouTube’s new search algorithm now presents you not with all the videos related to a specific search – and not even the videos most relevant to that search – but whichever videos Google, which purchased the site in November 2006, believes you should see.

If it doesn’t follow the mainstream narrative, it’s going to get buried

As noted recently by Information Liberation (IL), where YouTube was once a source of unfettered access to millions of independent voices, Google has turned it into a “censored, walled garden” which only allows access to “approved” information by established mainstream media outlets. IL notes that over 99.9 percent of all channels have now been removed from the first 20 results on any news topic.

And a report by PJ Media found that Google is doing the same thing on its direct searches. For example, enter a search for coverage of President Trump on Google, and the entire first page will contain only results from Left-leaning media outlets with a distinct bias against the president.

“We are facing a crisis in free speech, right now,” Ann Coulter, the conservative social and political commentator, writer, syndicated columnist, and lawyer, recently told C-SPAN. “The left has control of the mainstream media, Hollywood, Wall Street, Silicon Valley, the schools k through 12, [and] the universities.”

“All the social media companies [want to shut down] the one place you can actually go to get the facts [which] are these tiny little corners of the internet,” she said.

“We need to apply the First Amendment to social media companies like Twitter, Facebook, and Google, because it is a public square, and there is precedent for that and it’s gotta be done, because this is really terrifying, and talk about chilling speech when they’re just throwing people off right and left,” Coulter said.

“Everything that liberals fantasized Joe McCarthy was doing is being done, now.” (Related: Why achieving censorship is important to the centralized media establishment.)

Faced as we are with this torrent of censorship, Mike Adams, editor and founder of Natural News, has seen the need to provide a platform for truly free, uncensored expression. His new online site, Brighteon.com, provides what YouTube no longer does: The real news and views of people in the United States – and the world – uncensored and unmanipulated. Isn’t it time you changed to a source of information you can really trust?

What aren’t they telling you? Find out at MediaFactWatch.com.