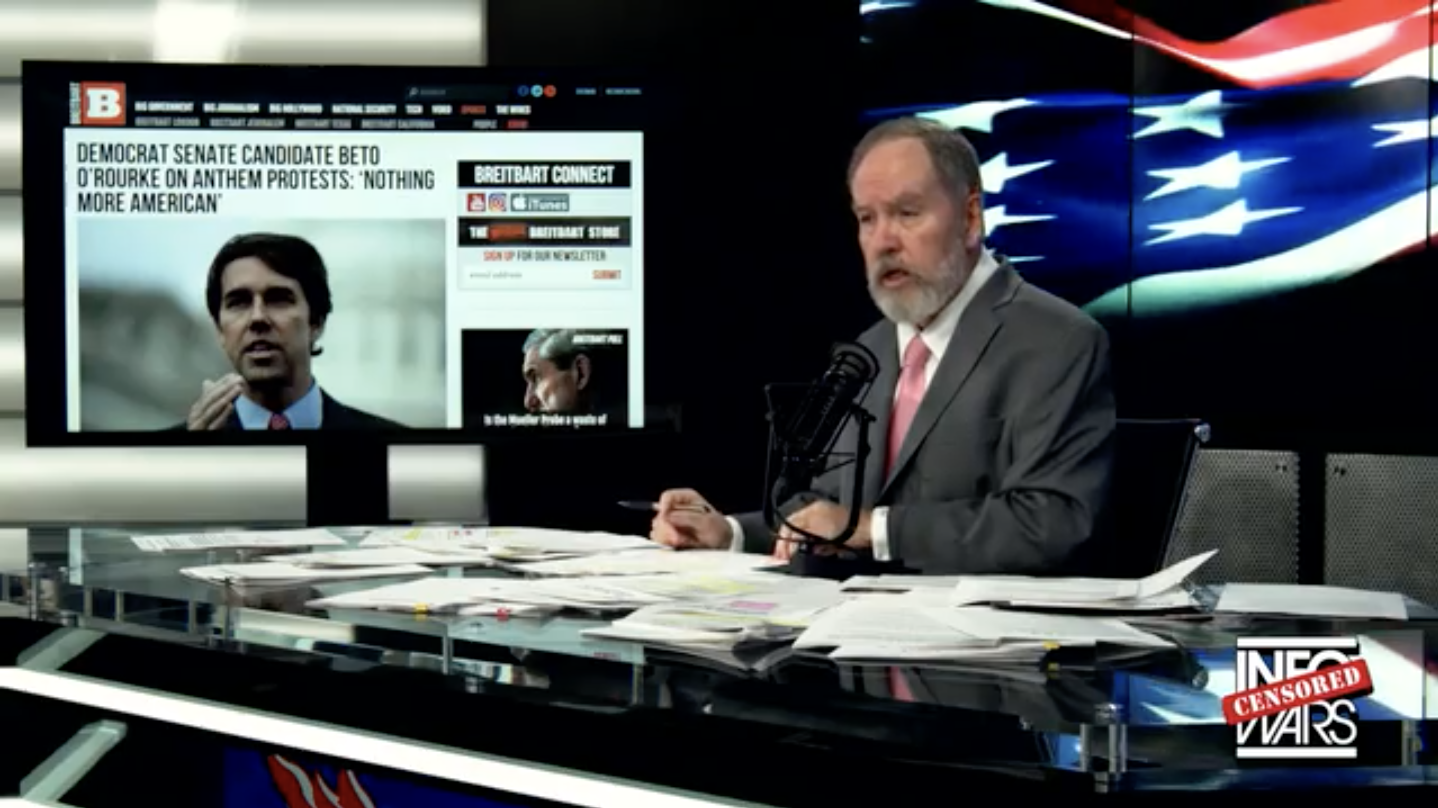 Most Americans are less-than-perfect human beings, and we all make mistakes. But some mistakes are worse than others, especially if you’re a sitting member of Congress who wants to move up the political ladder.

A businessman and El Paso, Texas, city councilman before being elected to Congress, O’Rourke led an interesting life prior to becoming involved in politics. A former punk rocker, he’s been arrested twice – once by University of El Paso Police for jumping a fence on university property (those charges were dismissed) and once for DWI (those charges were eventually dismissed in 1999 but not until he completed a court-ordered program.

And it’s that drunk driving incident that ought to raise eyebrows for Texas voters.

The Daily Caller reports that while O’Rourke’s DWI arrest has been public knowledge for quite some time, a local media outlet has unearthed “harrowing new details” about the incident and his subsequent arrest:

The Houston Chronicle obtained police records from the scene of the crash in 1998, which show O’Rourke with a blood alcohol level of .136. O’Rourke was recorded in the police report to be traveling at a “high rate of speed” before he careened his car into the median of an interstate near the New Mexico border.

So, our future Democratic congressman wasn’t just a little tipsy, he was trashed, as the saying goes. And not only that, he was driving his vehicle in a way that transformed it into a potential weapon of mass destruction.

A witness at the scene of O’Rourke’s crash said he got out of his vehicle and attempted to run from the scene – a huge legal no-no – but also a sign of the man’s character, even while intoxicated.

Granted, at the time O’Rourke was 26 years old and since then he has expressed regret about what happened. “I drove drunk and was arrested for a DWI,” O’Rourke said in a statement following the release of his mug shot by the Texas Republican Party. “As I’ve publicly discussed over the last 20 years, I made a serious mistake for which there is no excuse.”

There's always the chance that Robert “Beto” O’Rourke won’t debate Senator Cruz because he got into a hazy situation… pic.twitter.com/4nmd42AEkl

He backs disrespecting the flag, too

Now, the tactic drew some criticism even from some self-avowed Republicans on social media. But doesn’t character matter anymore?

And it’s not just this campaign tactic that should make Texans think twice about supporting O’Rourke. For instance, on Friday both men were angling for a debate, but O’Rourke’s campaign backed out, saying their candidate did not want to do it on that date, though no reason was given.

Why? Could it be that O’Rourke’s opponent was a college debate champion? After all, this past spring “Beto” said he wanted a half-dozen debates with Cruz (who has already endorsed POTUS Trump’s 2020 reelection, by the way).

Then there is O’Rourke’s recent statement regarding the disrespect NFL players have been showing the American flag (and by default the American people and the U.S. military which fights to defend the flag, wherever it is sent).

In response to a question at a town hall meeting earlier this month, O’Rourke said he “could think of nothing more American” than such public displays of ‘protest’ (no matter how inappropriate or hypocritical they are) because they are meant to bring attention to the alleged plight of blacks, whom he said are “being killed at a frightening level right now, including by members of law enforcement, without accountability and without justice.” (Related: BOOM! POTUS Trump solves the NFL ‘kneeling controversy’ in ONE tweet.)

Not only is that a horrifically irresponsible thing to say, it’s blatantly false. But O’Rourke and his Democratic Party continue to perpetuate the lie because it’s what their base wants to hear.

A person of character wouldn’t try to run from a drunk-driving accident and they wouldn’t lie to supporters about debates and police officers, either.

Read more about conservative politics and elections at Conservative.news.