Uncensored and Independent Media News
Home
Health Freedom
Second Amendment
Prepping
Survival
Censorship
Subscribe
SHOP
Popular Articles
President Trump: The FBI / DOJ deep state is “a cancer in our country” … and the tumor must be excised to save America
09/21/2018 / By JD Heyes / Comments
Bypass censorship by sharing this link: 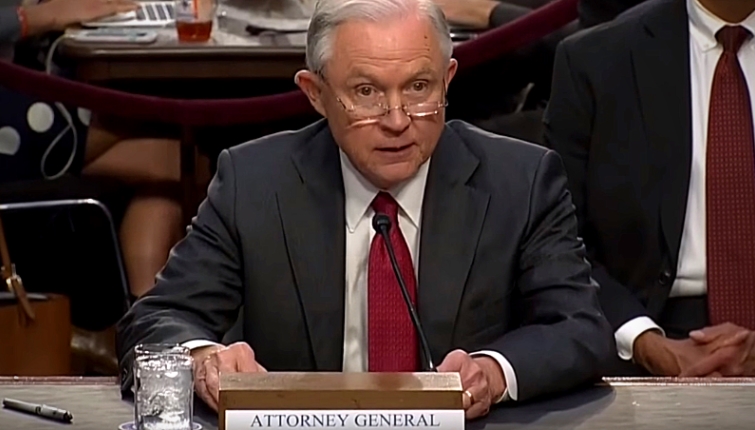 Despite the protestations and declarations of the far-Left political chattering class of Democrats, it’s obvious that POTUS Donald Trump is not only a patriot but a president who really does want to “drain the D.C. swamp” and give Americans back their government.

Of course, he’s been fought every step of the way, by the Deep State, by leftover Obama operatives, by the disgustingly dishonest “mainstream” media, by the political establishment (which, sadly, includes too many RINO Republicans), and by his own Executive Branch bureaucracy.

On that note, the president talked this week about the challenges he’s faced, as well as the level of corruption inherent in an FBI and Justice Department that was used as a political weapon by his predecessor, and which remains a den of inequity and deceit even today, thanks in large part to the fact that the man he appointed to attorney general has been AWOL when he’s needed him most. And worse, he’s AWOL by choice.

In an interview with The Hill, POTUS Trump – who’s been critical of AG Jeff Sessions since the former Alabama senator recused himself from all things ‘Russia’ shortly after he was appointed – lambasted the FBI and Justice Department for corruption, but also Sessions for taking himself out of the game and leaving the White House without its most important legal ally.

“I don’t have an attorney general. It’s very sad,” said the president, whose frustration with Sessions goes much deeper than just the appointment of special counsel Robert Mueller, who was named by Sessions’ deputy, Rod Rosenstein.

As for the situation along the border, Sessions’ Justice Department has been using whatever legal tools are available to it to push back against states and cities that have declared themselves “sanctuaries” for illegal aliens– the adoption of policies that all but forbid local police from cooperating with federal immigration enforcement agents.

POTUS could also be frustrated with the alarmingly high number of migrants still attempting to cross illegally into the country, though some of that blame could go to the Department of Homeland Security, technically speaking.

No need for recusal

“I’m so sad over Jeff Sessions because he came to me. He was the first senator that endorsed me. And he wanted to be attorney general, and I didn’t see it,” he said, noting that he had a blind spot when it came to Sessions’ appointment. (Related: Jeff Sessions is not serving up the justice that Trump and the American people deserve on Comey, Clinton, and others.)

“And then he went through the nominating process and he did very poorly,” the president continued. “I mean, he was mixed up and confused, and people that worked with him for, you know, a long time in the Senate were not nice to him, but he was giving very confusing answers. Answers that should have been easily answered. And that was a rough time for him.”

Sessions recused himself under pressure from congressional Democrats and after some Republicans said he should not take part in overseeing the Russian investigation at Justice. During his confirmation hearings, he failed to mention two meetings with Russian Ambassador to the U.S. Sergey Kislyak.

When he announced his recusal in March 2017, Sessions said he had spoken with the Justice Department regarding the decision, adding that he hadn’t tried to mislead senators regarding his meetings with Kislyak – which occurred when he was a sitting U.S. senator.

As Trump noted though, Sessions did not have to recuse himself because the FBI had determined his contacts with foreign officials as a U.S. senator did not need to be revealed during his confirmation hearings.

It’s possible that, after the midterm elections, POTUS Trump may finally fire Sessions and replace him with someone he can trust, according to some reports.

“Clearly, Attorney General Sessions doesn’t have the confidence of the president,” Sen. Lindsey Graham, R-S.C., an ally of POTUS, has said.

Keep up with the latest about POTUS Trump at Trump.news.