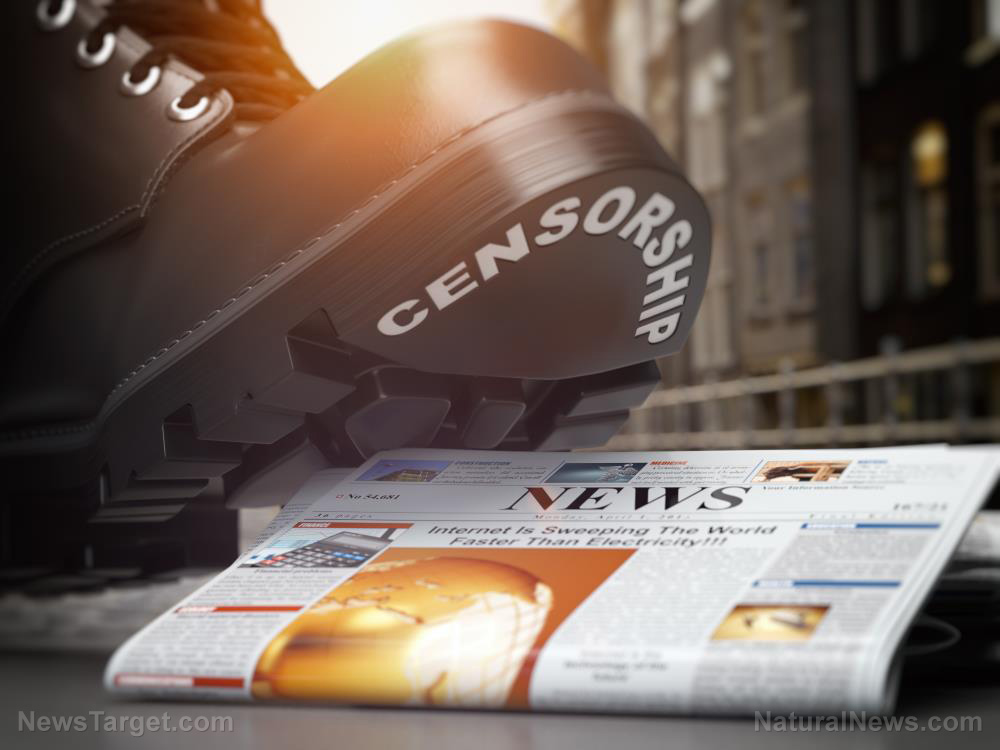 Tens of millions of mostly conservatives are up in arms over the silencing of independent media icon Alex Jones, who’s been officially scrubbed from the social media gamut. But what many people don’t realize is that Congress actually has the jurisdiction to put a stop to all this censorship.

During a recent segment of his show, available for viewing at Brighteon.com Pete Santilli discusses a little-known provision in the Communications Decency Act that prohibits the actions right now being taken by Big Tech platforms like Facebook and Twitter and the free speech rights of their users.

Known as CDA 230, the provision basically mandates that social media platforms identify either as public utilities or private publishers. And according to Santilli, they’ve already agreed to be public utilities under this clause, which allows them special liability protections against the actions of their users.

Seems fair enough, until you recognize that platforms like YouTube and Google are trying to take advantage of the benefits of being both public utilities and publishers, which isn’t allowed under the law.

“Tucked inside the CDA of 1996 is one of the most valuable tools for protecting freedom of expression and innovation on the internet,” Santilli explains.

“(Section) 230 says that ‘no provider or user of an interactive computer service shall be treated as the publisher or the speaker of any information provided by another information content provider.'”

In other words, these social media providers are not to be regarded under the law as publishers. But that’s exactly what they’re doing by policing the content of their users, and decidings what’s acceptable and what’s not.”

“They are facilitating as like a utility, an electric company lays out copper lines and they deliver electricity to our households,” Santilli adds.

“They cannot be responsible if [someone] plugs in a defective toaster and then burns his house up, because all they are is a utility providing electricity to, say, your IP address. They’re actually considered the equivalent here on the internet as an interactive computer service provider, or let’s say an ISP, an interactive service provider. ISPs are protected. They can’t be responsible for somebody at their computer plugging in a defective toaster, or saying really bad things and causing people to go out and kill people, because they say, ‘well we need protections. All we’re doing is providing services as an electric company does, as a public utility. We need protection under the CDA 230 that we can’t be held liable.”

Big Tech is BREAKING THE LAW by censoring conservatives

So whenever Facebook, Google, Twitter, or whatever platform it might be goes in and pulls all of Alex Jones’ content down, that platform is essentially switching its status from utility provider to online publisher. As a result, that platform is then liable for every piece of content that passes through the system, meaning the time is now to sue these companies whenever anything they publish leads to criminal activity.

“Under the CDA 230, because they’ve claimed status as an interactive computer service provider … they receive immunity from people doing the wrong thing online,” explains Santilli.

“That immunity comes with the following: they’re saying we want immunity, but we want to go door-to-door and inspect everyone’s toasters. In fact, toasters are obsolete, and we want everyone to start buying our microwaves … so they have immunity and they’re pushing product by going door-to-door. They’re acting as a utility, but they’re actually going out there and determining what is being published. That is a publisher of information, they’re controlling the publishers of information.”

Congress, which is currently controlled by a Republican majority, has full authority to call these social media sites to task for their illegal playing of both sides of the law. But since they’re aren’t, it looks like it’s up to We the People to take action in delivering justice.

“Ppeople do not understand that what we have in place with the CDA 230, we could literally stop it tomorrow, they could hold a hearing and say, ‘Facebook and YouTube and Twitter, all of you guys, you’re either immune under CDA 230 or you’re a publisher. Which one is it? You need to let us know right now,” Santilli says.

Be sure to watch the full analysis at Brighteon.com