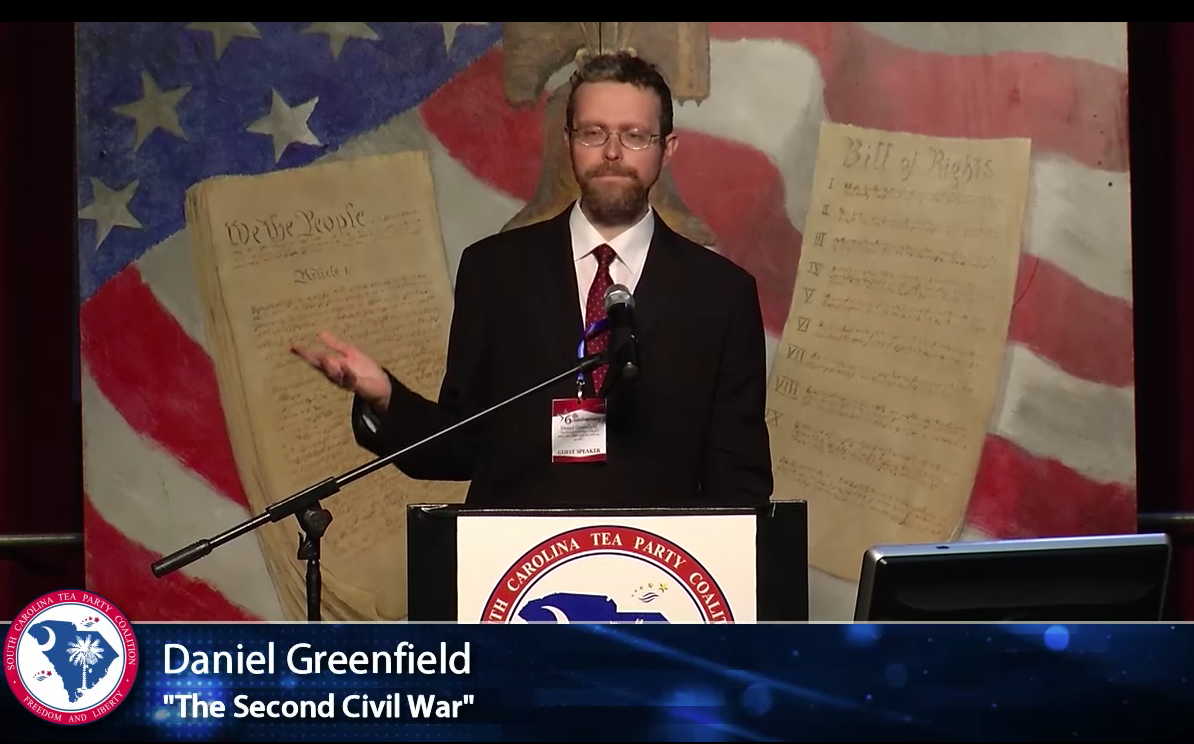 During the eight years under the leadership of Barack Obama, America came the closest it’s ever been to civil war in decades. This was due in large part to the divisive rhetoric constantly coming out of the Obama administration that drove a wedge between blacks and whites, gays and straights, men and women, Christians and non-Christians, and between the rich and the poor. Thankfully, our country was able to survive those difficult years, but even though Barack Obama is gone, the chances that America will one day become consumed in another civil war remains high.

Last month, conservative author and activist Daniel Greenfield delivered a speech at the South Carolina Tea Party Coalition Convention, during which he boldly stated that while politics is how a civil war starts, firearms are how it ends.

“This is a civil war,” Greenfield stated. “There aren’t any soldiers marching on Charleston… or Myrtle Beach. Nobody’s getting shot in the streets. Except in Chicago… and Baltimore, Detroit and Washington DC. But that’s not a civil war. It’s just what happens when Democrats run a city into the ground. And then they dig a hole in the ground so they can bury it even deeper.” Greenfield went on to argue that “it’s not guns that make a civil war. It’s politics. Guns are how a civil war ends. Politics is how it begins.” It’s a simple truth that can be tough to accept for some people, but that’s exactly how the next civil war in America will pan out – started by politics, and ended by guns.

Interestingly, conservative radio host Rush Limbaugh made the same argument last August. “America is under attack from within,” Limbaugh said, adding that our culture, history and founding are currently under the most direct assault he has ever seen in his entire life. “We haven’t seen anything like this. You might even get away with saying that we are on the cusp of a second civil war.” (Related: Civil war tipping point: Did Michael Moore just call for the ethnic cleansing of all white people in America?)

When Barack Obama would routinely divide the American people by pitting the rich versus the poor, blacks versus whites and men versus women, he was doing so for political reasons. It’s a strategy of divide and conquer, whereby the people are separated into categories (wealthy, poor, black, white, gay, straight, male, female, etc.), lead to believe that they are victims of an “oppressive” and “unjust” system, and then brainwashed to accept the left’s agenda as the one and only solution. But in the process of dividing the country for political gain, Barack Obama dragged the United States closer and closer towards a second civil war. (Related: Read about why the growing tension in America is likely to end in civil war.)

If nothing else, the argument made by Daniel Greenfield last month and Rush Limbaugh last year serve as a stark reminder of why it is so important for conservatives to preserve their individual right to bear arms. Anyone that has studied the Constitution and the Bill of Rights knows that the Second Amendment wasn’t included for hunting or target shooting, but rather to provide the people with an opportunity to defend themselves from a tyrannical government or others that seek to do them harm.

If the political left is successful in their radical gun control agenda and the people are unilaterally disarmed, then by Mr. Greenfield’s logic, a civil war may very well start, but ending it would be problematic. If freedom is to be preserved for future generations, and if the rising corruption in Washington D.C. ever results in a civil war, then the American people are going to have to remain armed and ready for the worst.