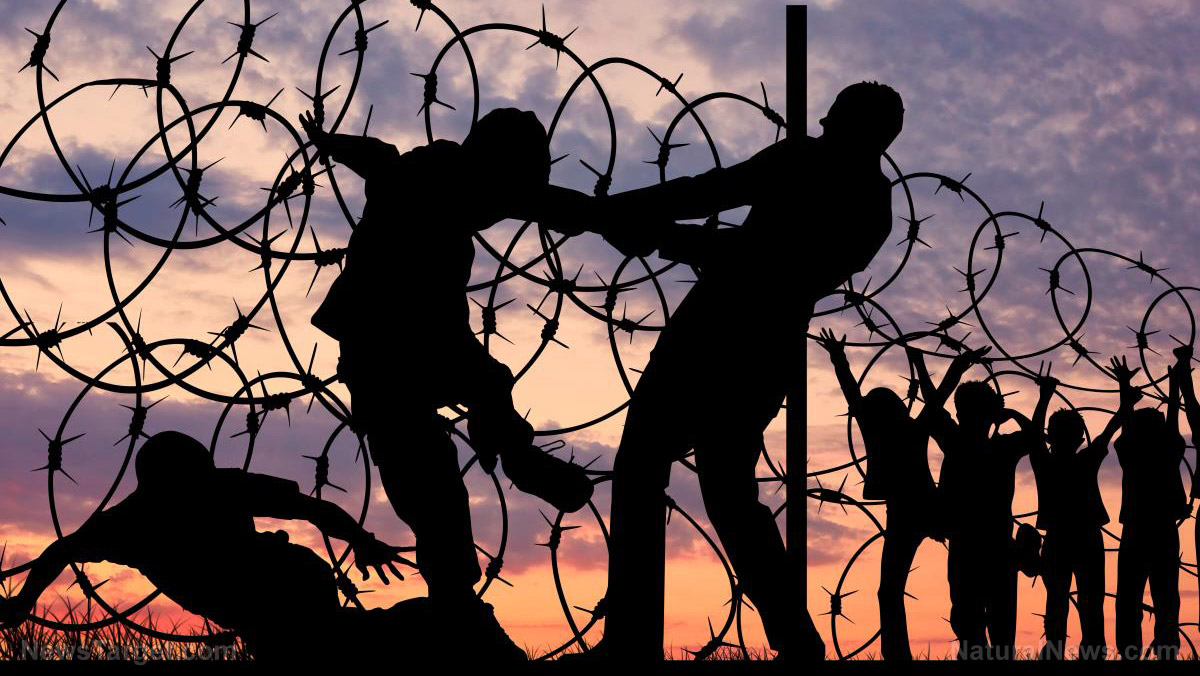 These four words should be etched in stone.

President Donald Trump said Friday he would not allow the caravan of migrants fleeing Honduras into the United States.

Trump insisted that there were criminals in the group.

“You listen to the fake news back there and you think they’re all wonderful people, right?” he asked.

Trump explained that group of over 4,000 migrants was now clashing with Mexican authorities, attempting to cross into their country by force.

What more needs to be said?

That, in itself, is reason enough to turn them back at the border.

The migrant caravan broke down the border gate and flood across the bridge into Mexico.

This is a damn invasion.