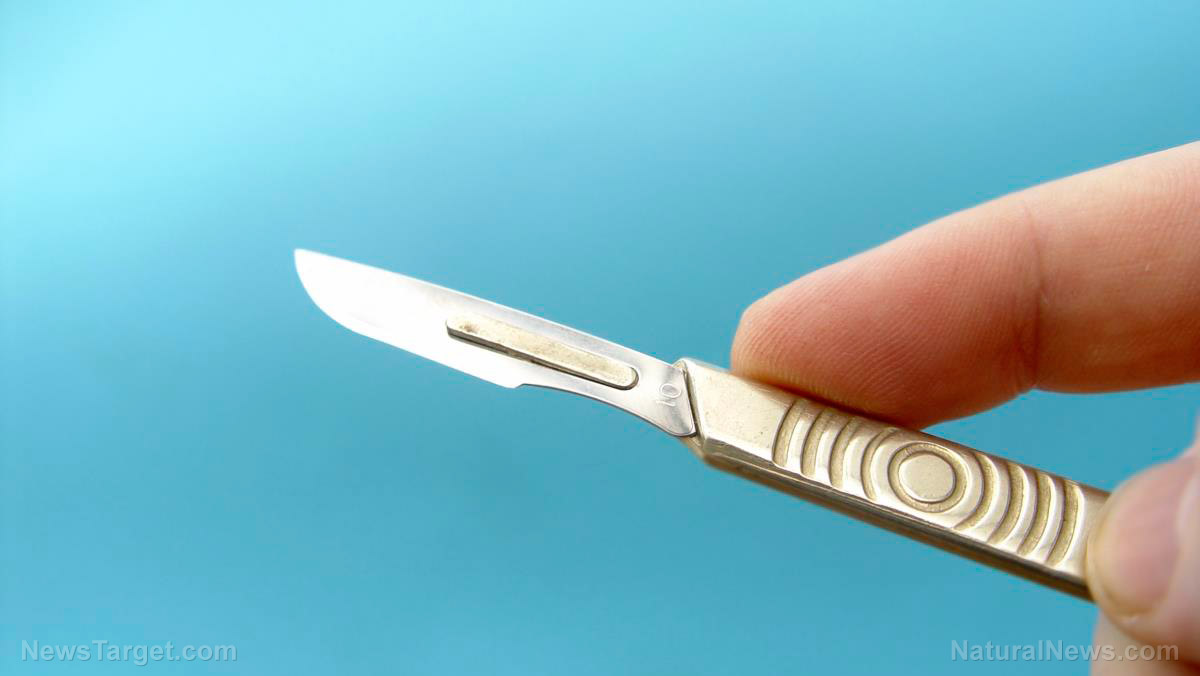 A new technology, called ProjectDR, allows clinicians to observe patients’ internal anatomy without the need for them to go under the knife. It allows medical imaging such as computed tomography (CT) scans and magnetic resonance imaging (MRI) information to be shown directly on a patient’s body in a way that moves as the patient does.

“We wanted to create a system that would show clinicians a patient’s internal anatomy within the context of the body,” said Ian Watts, a computer science graduate at the University of Alberta and the developer of ProjectDR.

The technology makes use of a motion-tracking system utilizing infra-red cameras and markers on the patient’s body, as well as a projector to show the images gathered. (Related: CT scans used to monitor success of cancer treatments cause more cancer, study finds.)

However, the problematic part, Watts said, is having the image track properly on the patient’s body as they move. This is why he worked on custom software that aims to get all of the components working together.

“There are lots of applications for this technology, including in teaching, physiotherapy, laparoscopic surgery, and even surgical planning,” said Watts. He developed ProjectDR with fellow graduate student Michael Fiest.

ProjectDR can display segmented images, for instance, only the lungs or only the blood vessels, depending on what the physician or doctor is interested in seeing in the patient’s anatomy.

The inventors of the technology are working on calibrating ProjectDR to upgrade its automatic calibration and to put in extra components such as depth sensors.

The next phase of the technology is to be tested in a clinical setting, said Department of Computing Science professor Pierre Boulanger. “Soon, we’ll deploy ProjectDR in an operating room in a surgical simulation laboratory to test the pros and cons in real-life surgical applications.”

For his part, Greg Kawchuck, a co-supervisor of the project from the Faculty of Rehabilitation Medicine, said: “We are also doing pilot studies to test the usability of the system for teaching chiropractic and physical therapy procedures.”

The project was initially presented in November 2017 at the Virtual Reality Software and Symposium in Gothenburg, Sweden.

In a related development, scientists have found a way for bones and tissues to become transparent so that they can see delicate nerves and veins while such are still in the body. These scientists said that this discovery could help with research on how to find treatment for illnesses such as Alzheimer’s disease, motor neuron disease, and Parkinson’s disease.

They were able to provide high-resolution 3D images of the brain and nervous system of an entire mouse. The researchers plan on applying said technology on larger mammals like monkeys and ultimately on humans, to help them map the human brain.

“We developed a major technology that allows making entire organs and organisms transparent. The new method provides the basis to map neuronal, glial, and vascular connections in the entire lab animals and potentially in deceased human brains,” Dr. Ali Ertuk, a researcher for the Institute for Stroke and Dementia Research at the Ludwig Maximilians University of Munich, said.

For more stories on scientific news and discoveries, proceed to Scientific.news.