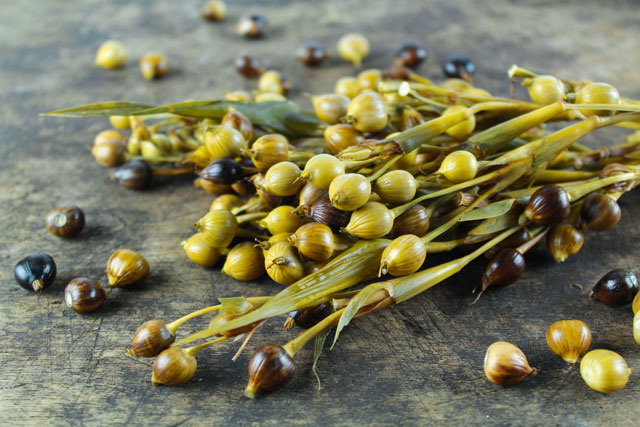 Metastasis, the process in which cancer cells spread to different parts of the body, is one of the most fearsome aspects of cancer. According to a study published in the journal BMC Complementary and Alternative Medicine, a plant traditionally used in Chinese medicine can help put a stop to metastasis in colon cancer patients without the side effects commonly associated with cancer medications.

The American Cancer Society expects more than 97,000 new cases of colorectal or colon cancer this year, as well as over 43,000 deaths resulting from the disease. Because of these numbers, colon cancer is recognized as the third deadliest type of cancer, after skin and lung cancers.

Colorectal cancer’s tendency to metastasize quickly is part of why it’s dangerous. As a whole, metastasis can be divided into three processes: invasion, intravasation, and extravasation. (Related: Common food additive linked to colon cancer and intestinal inflammation.)

In invasion, tumor cells separate from the main tumor and invade the surrounding tissues. Intravasation refers to the process wherein tumor cells spread to other parts of the body by passing through the bloodstream. Extravasation is when the tumor cells exit the walls of the blood vessels to take root in different sites in the body. As a process, metastasis requires angiogenesis or the growth of new blood vessels for it to be efficient.

Cancer cells are naturally voracious, so the areas of the body they invade tend to run out of nutrients and oxygen supply really fast. The absence of oxygen results in a state called hypoxia, which triggers signals for the formation of new blood vessels so that the cancer cells can find other, more nutrient-endowed parts of the body. Hypoxia, therefore, is seen as a contributing factor to the development of many types of cancer.

Coix lacryma-jobi, also known as Job’s tears, adlay millet, or just plain adlay, is used extensively in many parts of Asia as an alternative to rice. In China, it is also traditionally used as a medicine. Previous studies have suggested that extracts from the plant has anti-proliferative and apoptotic properties not just on colon cancer, but also on lung cancer and lymphoma. The study published in the journal focused on the anti-cancer properties of extracts taken from Coix lacryma-jobi var. ma-yuen Stapf sprout extracts (CLSE).

The study involved the administration of CLSE on HCT116 cells, a human colon cancer cell line used in the study of colorectal cancer. To determine the extract’s effects on the cancer cells, the researchers performed Cell Counting Kit-8 (CCK-8) assay and western blot analysis.

They found that CLSE effectively blocked the migration of 80 percent of colon cancer cells. The extract also reduced the invasive potential and adhesive potency of the cancer cells by more than 50 percent in hypoxic conditions. Finally, CLSE was found to be effective in inhibiting the formation of tubes in HUVECs by up to 91 percent.

The impressive outcomes convinced the researchers that CLSE may be used to treat patients with colon cancer because of its ability to reduce the migration, invasion, and adhesion of the cancer cells, as well as the formation of blood vessels that lead to the worsening of the disease.

Read more about other natural cancer treatments at Cancer.news.