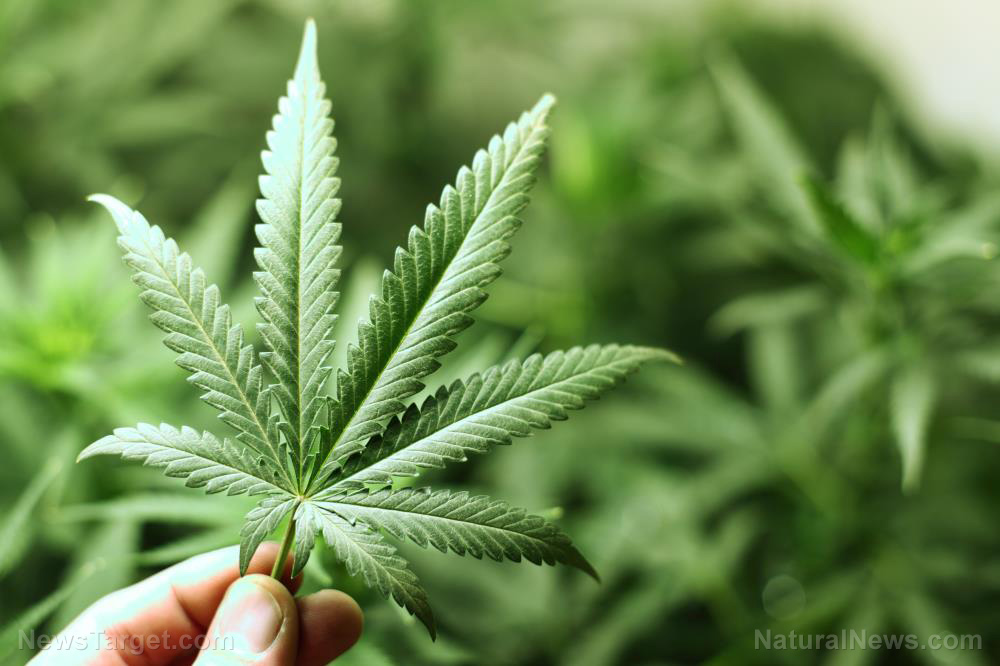 A purified form of cannabidiol (CBD), the non-psychoactive compound in cannabis, shows potential for reducing psychosis in patients displaying schizophrenia-like mental illnesses, according to a new study published in JAMA Psychiatry. These results provide first evidence on how cannabidiol can directly influence the brain to reduce psychotic symptoms.

The King’s College London team was curious to see how CBD changed brain function after it was recently licensed in the U.S. to treat rare childhood epilepsy. Their clinical trial demonstrated that cannabidiol does indeed have antipsychotic properties.

“Our results have started unraveling the brain mechanisms of a new drug that works in a completely different way to traditional anti-psychotics,” enthused lead author of the study, Dr. Sagnik Bhattacharyya, from the Institute of Psychiatry, Psychology & Neuroscience (IoPPN).

Thirty-three young adults who were not diagnosed with psychosis but who were exhibiting distressing symptoms, along with 19 healthy controls, were included in the study. A single dose of CBD was given to 16 participants while the remaining 17 received a placebo.

Each participant performed a memory task while being studied in an MRI scanner. Results showed that activity in three areas in the brain believed to be involved in psychosis was significantly reduced in patients who received the CBD. These results suggest that use of cannabidiol is useful to help re-adjust brain activities to normal levels.

Interestingly, previous research from King’s College London showed that CBD works in opposition to tetrahydrocannabinol (THC), the compound in cannabis that makes people “high.” This altered state has been strongly linked to the development of psychosis. THC has been theorized to mimic some of the effects of psychosis, whereas CBD has broad neurological and behavioral effects.

Bhattacharyya and his colleagues at IoPPN are now working towards investigating the use of CBD in treating young adults who are at high risk of developing psychosis.

“There is an urgent need for a safe treatment for young people at risk of psychosis,” says Bhattacharyya. “One of the main advantages of cannabidiol is that it is safe and seems to be very well tolerated, making it in some ways an ideal treatment.”

Further clarification on the differences between CBD and THC

Cannabis is a highly controversial topic. Many readers of Natural News know that we have strongly advocated the use of medical marijuana for the treatment of various conditions. (Related: Cannabis cure stories keep coming out.)

However, despite our best efforts to stress the term “medical marijuana,” there are still some people who do not understand what we mean by it.

This largely has to do with distinguishing the two main compounds of cannabis – CBD and THC.

CBD is found mostly in extractions from the hemp plant. It is sold as supplements, extracts, gummies, oils, and gels, among others.

THC is the main psychoactive compound in marijuana. It is normally consumed by smoking the plant; however, it is also available as oils, edibles, capsules, and tinctures.

Both compounds interact with your body’s endocannabinoid system but have very different effects.

THC and CBD share the exact same molecular structure (21 carbon atoms, 30 hydrogen atoms, and 2 oxygen atoms). The difference lies in a slight but incredibly powerful way the atoms are arranged. Thus, while both compounds interact with your cannabinoid receptors, they do not share the same psychoactive effects. In fact, CBD is a non-psychoactive compound, binding very weakly (if at all) to the cannabinoid receptor in your brain that produces a high or a sense of euphoria.

The legal issues for both CBD and THC in the U.S. are evolving daily. Take note that marijuana and THC are still on the list of controlled substances, meaning that they are prohibited under federal law.

That said, 20 states plus Washington, D.C. have passed cannabis-related laws that allow the prescription of medical marijuana.

Before you buy any form of cannabis, make sure that you are aware of your state’s laws.