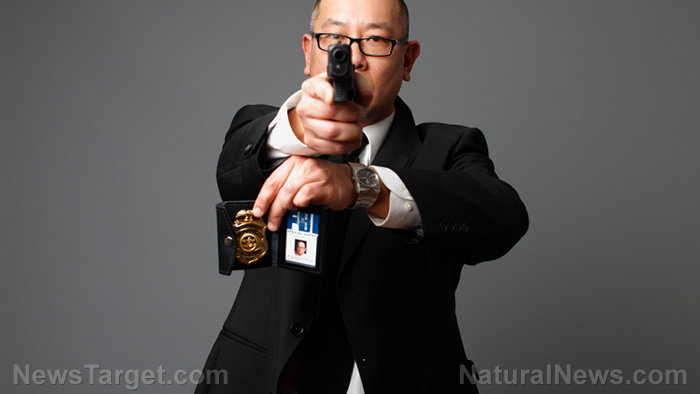 Fallout from the overt politicization of the Justice Department by President Obama is continuing apace, as evidenced by yet another outrageous act committed by an FBI that continues to show contempt for the citizens it is supposed to serve.

The latest victim is Dennis Nathan Cain, a whistleblower who had documents pertaining to the Clinton Foundation and the scandalous Uranium One deal which saw 20 percent of all strategic U.S. uranium reserves transferred (sold) to Russia.

As The Daily Caller reported exclusively, FBI agents recently raided the home of Cain — “ recognized Department of Justice whistleblower” — despite the fact that, by law, he should have been protected from such an egregious act.

As for what the documents reveal, the news site noted:

The Justice Department’s inspector general was informed that the documents show that federal officials failed to investigate potential criminal activity regarding former Secretary of State Hillary Clinton, the Clinton Foundation and Rosatom, the Russian company that purchased Uranium One, a document reviewed by The Daily Caller News Foundation alleges.

The documents also indicate that then-FBI Director Robert Mueller did not investigate legitimate allegations of criminal activity pertaining to Rosatom and other Russian government institutions related to the Uranium One sale, which was approved when Clinton was Secretary of State. (Related: Gohmert: Mueller probe just a COVER-UP for Uranium One scandal; says he should be FIRED.)

“The bureau raided my client to seize what he legally gave Congress about the Clinton Foundation and Uranium One,” said Cain’s attorney, Michael Socarras, in an interview with TheDC.

The raid was an “outrageous disregard” of his client’s whistleblower protections, he added.

On the morning of Nov. 19, no less than 16 FBI agents arrived at the Union Bridge, Md., home of Cain, who is also a former FBI contractor, Socarras said. The raid was authorized per a Nov. 15 court order signed by federal magistrate Stephanie A. Gallagher in U.S. District Court in Baltimore.

He was supposed to be protected

So, what was the purpose of the raid? The special agent in charge said that Cain was in possession of stolen federal property, according to his lawyer.

Cain told the agent in charge when he was still at the front door that he was a recognized and protected whistleblower under the Intelligence Community Whistleblower Protection Act and that DoJ inspector general, Michael Horowitz, had recognized his status.

He also told the agent that the classified information had already been properly transmitted to the House and Senate Intelligence committees, as provided for in the Act.

No matter. Socarras said the agent in charge immediately directed his personnel to begin searching the home.

Cain didn’t make them hunt for the documents, however. His attorney said he promptly gave the agents the documents sought under the search warrant, but even that wasn’t enough. Socarras said agents continued rummaging through his client’s home for another six hours.

“For the bureau to show up at Mr. Cain’s home suggesting that those same documents are stolen federal property” after they were taken to Congress by a member of the IG’s staff, “and then proceed to seize copies of the same documents after being told at the house door that he is a legally protected whistleblower who gave them to Congress, is an outrageous disregard of the law,” Socarras said. “I cannot believe the Bureau informed the federal magistrate who approved the search warrant that they wanted to search the home of an FBI whistleblower to seize the information that he confidentially disclosed to the IG and Congress.”

The Act is supposed to protect whistleblowers who are government contractors; apparently, however, if your name is Clinton, the rules don’t apply.

Little good came out of the Obama presidency, but the 44th commander-in-chief did do the nation one valuable service: He showed us we really do have two systems of justice in our country, one for the Deep State elite and one for the rest of us.

Read more about the treasonous Deep State at Treason.news.