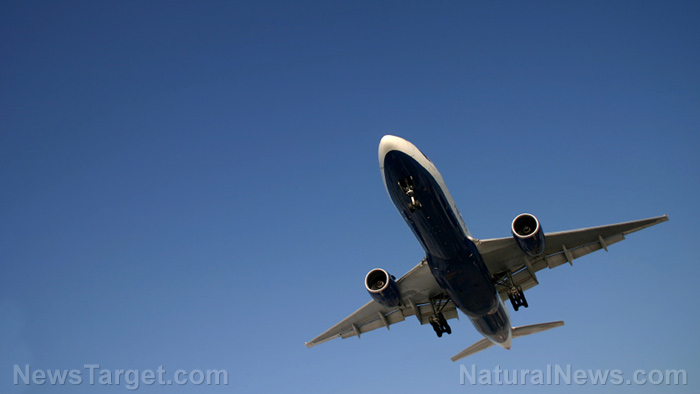 Ceramic is a versatile multi-purpose material that researchers seem to be constantly experimenting on. Case in point: A team of Japanese researchers has reportedly created a new material that has shown successful self-healing characteristics, taking care of cracks quickly right after forming. The researchers are now thinking of ways to make use of this innovative new material, and they’ve got their eyes on aircraft engines, which they think could really benefit from the self-healing characteristic.

According to a report on the new research, the Japanese researchers have managed to come up with a new kind of ceramic material that can self-repair cracks on its surface in just around a minute’s time. And what’s more, it’s the perfect kind of material that can be suited for use in the aircraft manufacturing industry. To be more specific, a team of researchers from the National Institute for Materials Science (NIMS) and Yokohama National University have come forward with their findings, and they said that the material can be used directly in plane engines, where it can allow them to stay in operation even after sustaining damage from airborne collisions.

According to Toshio Osada, a senior researcher at NIMS, the use of the new ceramic material that can self-repair cracks will give huge benefits to plane engines. “When the plane engine suffers a crack during a flight, the ceramic material will enable the aircraft to repair the damage by itself before landing without stopping the engine.” Such a promise could mean a huge amount of savings, not to mention, the general safety of whomever happens to be on the plane in the event of any accidents that cause damage to the engine.

Meanwhile, the research team responsible for the new ceramic material is also looking for other ways to maximize the use of it. As Wataru Nakao, an engineering professor at the Yokohama National University, puts it, the ceramic material “can be used for a wide variety of products,” and so they are now looking to conduct even more studies. A lot hinges on their success in this front, as they are also hoping to commercialize the material in the future.

In case you were wondering why exactly the researchers went to the thought of manufacturing plane engines after coming up with the new self-repairing ceramic material, you should know that the idea of ceramic-based engines has been floating around for quite some time now. In fact, ceramic-made engines have been seen as a viable alternative to conventional plane engines, and the only thing preventing it from becoming an option in the real world is the fact that, as a building material, it is simply far too weak to be used and would most likely break not long after its first use.

With that said, ceramic is considered a possible alternative building material because of the fact that it is both lighter and more heat-resistant than nickel and titanium. In the case of the new material created by the Japanese research team, the overall weakness of the material was improved by adding silicon carbide to ceramic material that’s made of aluminum oxide. With this, the silicon carbide turned into silicon dioxide as soon as the ceramic cracked at high temperatures. The silicon dioxide is the reason why the cracks appear to “heal” – it fills in the cracks and ends up repairing any damage. It’s quite impressive, but it needs work to get from a slow self-healing process to the one-minute self-repair that’s boasted by the researchers.

Will it ever be used in actual plane engines? It’s difficult to tell at this point. But the researchers are still looking for ways to further improve their design, and will no doubt find a working solution at some point in the future.