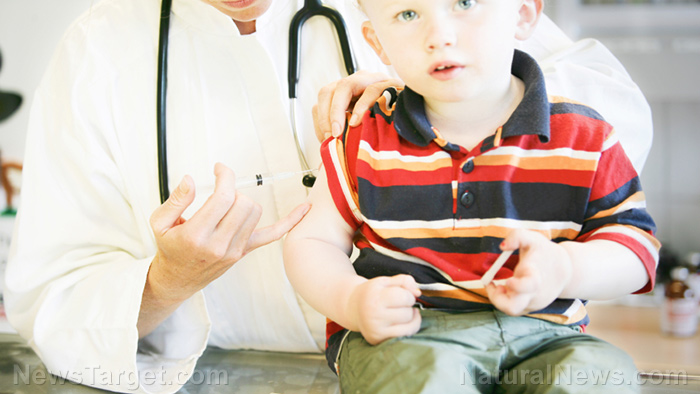 The amount of zeal with which liberal Democrats are bellyaching about the alleged plight of illegal immigrant children at America’s southern border would make it seem as though these bleeding hearts are out there on the front lines every day fighting for all children everywhere – though that’s not actually the case.

You see, it’s politically expedient right now, with President Trump in office, for the Leftist Mob to highlight every single mainstream media news item about illegals that makes the Commander-in-Chief look like a monster. First it was children “in cages;” then it was children dying; then it was children trying to escape tear gas; and so on and so forth.

For visual manipulation purposes, these libtards have discovered that spreading images of children crying next to border patrol pickup trucks or lying on the floor behind fencing makes those “resisting” Trump appear noble and virtuous – because only a tyrant would allow such things (even though many of the images being circulated were actually taken while Obama was in office).

Nevertheless, the dumbest segments of the left-leaning population seem to fall for this fake news every single time – and yet they’re nowhere to be found in defending American children from much worse threats, like compulsory vaccination. As we reported back in 2015, for instance, California Senator Richard Pan, a Democrat, single-handedly eliminated exemption provisions in the Golden State allowing parents to opt their children out of compulsory vaccination for personal and philosophical reasons, and the Leftist Mob was quick to storm the streets in protest, right? Wrong.

Even though vaccines harm and injure tens of thousands of American children every single year, almost nobody on the Left has ever said a thing about this mass genocide masquerading as “medicine.” Similarly, the Left is completely silent when it comes to the many American children who have been raped and killed by the precious illegal aliens whom they would seem to make their number-one priority.

Why is this, you’re probably asking? Because the Left has devolved into little more than a herd of mindless, brainwashed sheep. Those who listen to what the likes of MSNBC and CNN have to say about world events have been programmed to believe that enforcing immigration laws is “evil,” but injecting children with deadly chemicals that impair them for life, or in many cases kill them, is perfectly fine.

It’s a pandemic of cognitive dissonance and flat-out willful ignorance on the part of these virtue-signaling phonies, who seem entirely unable to discern good from evil. Keep in mind that President Trump, whom many of these Leftists believe to be “literally Hitler,” is actually the first president in recent history to actually make Americans a priority rather than illegal aliens and other special interest groups.

This was made evident back in December when President Trump’s Department of Health and Human Services (HHS) announced plans to implement a “Conscience and Religious Freedom Division” that would eliminate mandatory vaccination nationwide – and this was all done under the directive of President Trump himself.

President Trump is similarly standing his ground in ensuring that an effective border wall is constructed between the United States and Mexico to prevent illicit drugs, human trafficking, and other heinous evils from continuing to move back and forth across the border – again an indication that he cares for Americans and wants to protect them from the plight of globalism.

But the Left is unable to see any of this, unfortunately, and would rather pretend as though the president is sitting there in the Oval Office laughing with his pinky in the air like Dr. Evil as illegal immigrant children are being sniped by Border Patrol. It’s Trump Derangement Syndrome to the max, and it doesn’t appear to be letting up anytime soon.