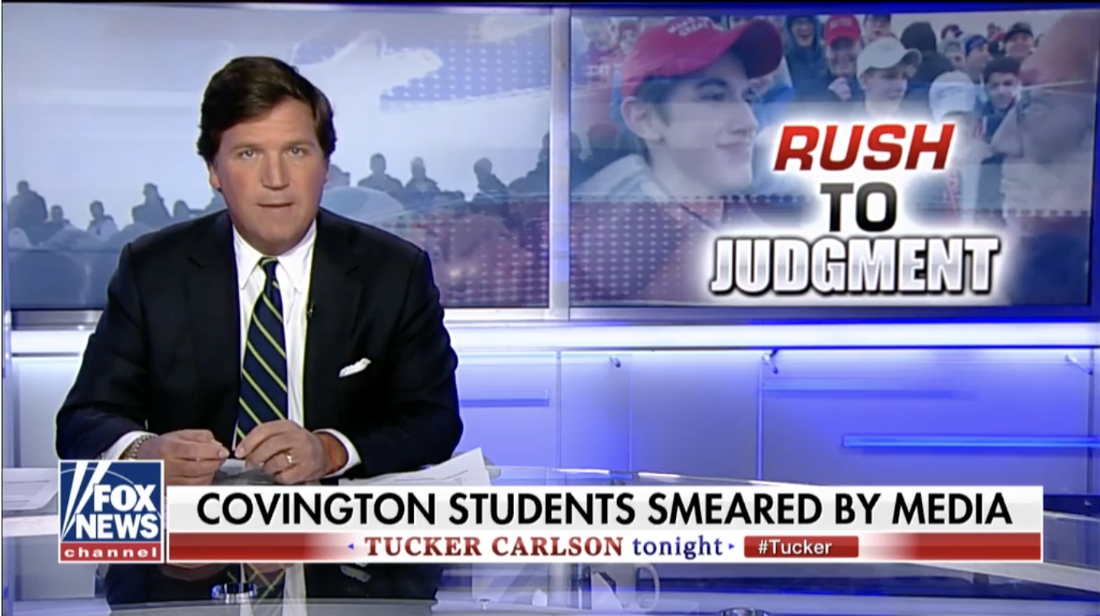 Even though the First Amendment guarantees the right to a free press, there are still some legal limitations on what news organizations can publish.

For instance, federal courts have upheld jail sentences for reporters who refuse to divulge sources of classified information. Also, obscenity is another type of speech that is not protected by the First Amendment.

And neither is defamation in specific cases. In 1964, the Supreme Court ruled in New York Times Co. v. Sullivan that the press isn’t guilty of defaming a public figure unless the aggrieved party can prove actual malice, which is defined as knowingly and recklessly publishing false information instead of just reckless reporting.

And it is on that premise that a noted constitutional lawyer who has a reputation of winning high profile cases has offered his services — for free — to students of Covington Catholic High School who were victimized by a number of “mainstream media” (MSM) outlets over the weekend.

As reported by Debra Heine at PJ Media, attorney Robert Barnes tweeted on Sunday that he would “represent the kids for free” if they wanted to sue New York Times White House correspondent Maggie Haberman and others in the press for falsely claiming that Covington students verbally harassed and intimidated a Native American activist following a March For Live event in Washington, D.C.

Thanks to the sloppy, one-sided reporting of the malicious, agenda-driven media, a group of Catholic high school teenagers and their families have become the subjects of threats and harassment from a hateful online outrage mob. Their only sins? Being white, Catholic, and supporters of the president.

As NewsTarget reported, the rush by the MSM to frame a confrontation between a white teen aged Covington student wearing a MAGA hat and activist Nathan Phillips, who banged a Native American drum in the young man’s face, as a racist, bigoted incident act actually endangered the teen’s life, as well as those who were with him. (Related: Anti-Christian bigot Kamala Harris wants to be president in 2020, but not for ALL Americans.)

‘Anyone who doesn’t correct and retract’ will be sued

But as video of the encounter spread on social media, two things became obvious: 1) Phillips was the one who initiated the confrontation; and 2) the MSM got their reporting completely wrong.

“Here is a video clearly showing that Nathan Phillips approached the students. On the basis of the evidence we now have, I believe that people who issued categorical and one-sided condemnations of the students should retract and apologize,” wrote Matthew Schmitz, senior editor of the Catholic Herald, on Twitter as he retweeted the video.

Here is a video clearly showing that Nathan Phillips approached the students. On the basis of the evidence we now have, I believe that people who issued categorical and one-sided condemnations of the students should retract and apologize. pic.twitter.com/GxmXcMuQgC

The MSM’s “defamatory smears against the kids,” as Heine wrote, are now being advised to publish corrections and/or retractions of their stories or face a lawsuit filed by Barnes.

“Contrary to the media’s malicious narrative, the kids were not racist rednecks mobbing a Native American elder with hateful slurs. It was quite the opposite,” she wrote.

In an interview with PJ Media, Barnes said he was currently working with families of the Catholic students to sue the media outlets responsible for defaming them.

He noted that “anyone who doesn’t correct and retract” the false allegations against his clients will be subjected to lawsuits, adding that new reporting by the same outlets indicating something like “a more complex picture has emerged” isn’t going to cut it.

Asked if those kinds of stories would count as a retraction, Barnes said it “depends,” Heine wrote.

It’s important to note that, as the students were waiting for a bus to come pick them up after the Walk For Life event, another group — the Black Israelites, who have a reputation for being racist and anti-gay — also began verbally abusing them over their MAGA hats.

It’s not likely that the Trump Derangement Syndrome-afflicted MSM will voluntarily print retractions, which is why it’s admirable for Barnes to step up and take them on, in the name of truth and justice.

Read more about the habitually biased MSM at Biased.news.