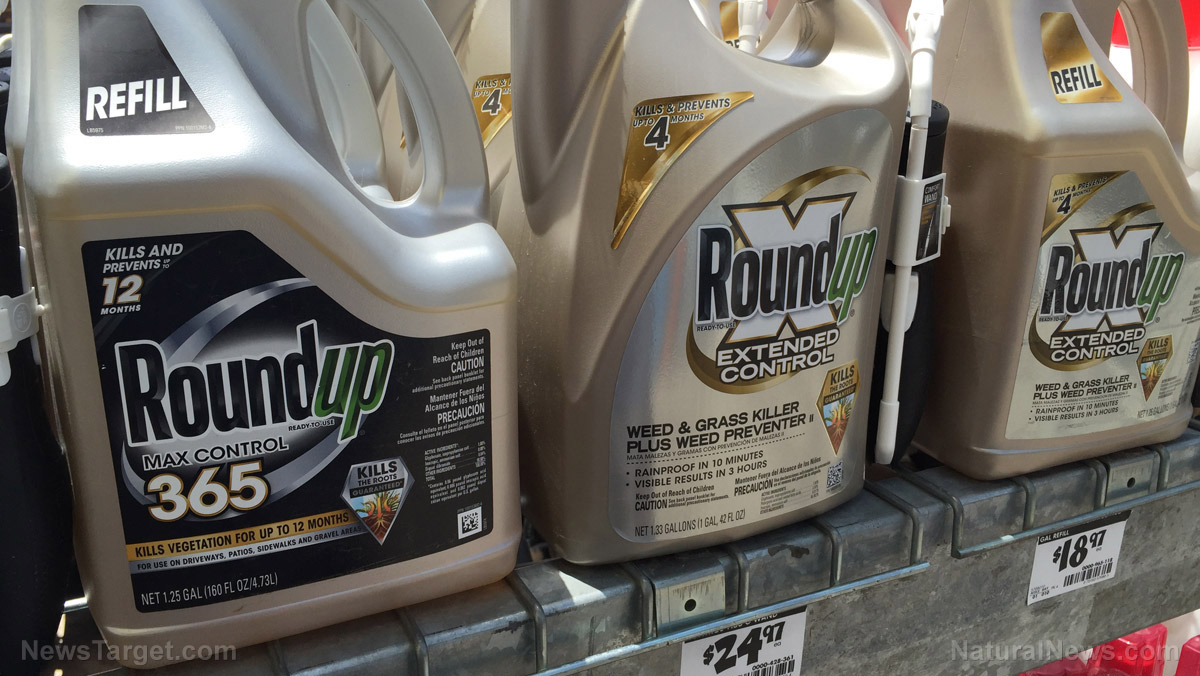 It can often feel like our protests about matters like glyphosate in food are falling on deaf ears, but one retailer is poised to take a harsh stance against the dangerous chemical – and we can only hope other businesses will follow its lead.

Costco, the fifth largest retailer in the U.S., will reportedly stop selling the popular glyphosate-based weedkiller Roundup as the product finds itself at the center of a number of lawsuits filed by people who say it caused their cancer.

Update: Natural News has contacted Costco by phone and confirmed Roundup / glyphosate is no longer be sold in Costco stores. No official statement has been issued on the matter, however.

The founder of Moms Across America, Zen Honeycutt, says that three people within the company confirmed to her that they would not be ordering Roundup nor any other glyphosate herbicides in their spring shipments. Administrators for the company have told media outlets that the product was pulled from store floors on corporate orders, and it’s a move that applies to every location.

Last year, a 46-year-old school groundskeeper and father of three, Dewayne Johnson, successfully sued Monsanto for causing his Non-Hodgkin’s lymphoma after the glyphosate products he had to use at work did not bear a cancer warning label. He was awarded $289 million, although it was later lowered to $78 million on appeal.

Monsanto is currently facing thousands of similar lawsuits. The product has already been banned in several countries because of its health dangers, but strong government ties – including a cozy relationship with the EPA – have enabled it to continue to be sold in places like the U.S.

Costco setting a good example for other retailers overall

This isn’t the first time Costco has shown a conscience. The company has also stopped selling eggs that come from caged chickens, and they’ve made a big effort to become the nation’s biggest retailer of organic foods. In addition, they actively support farmers in their transition to organic farming.

They’ve also recently taken steps to control the use of medically important antibiotics in their poultry supply chain at a time when the World Health Organization warns that 10 million people a year could lose their lives to antibiotic-resistant bacteria infections. In addition, they’ve discouraged their suppliers from using neonicotinoids, the class of insecticides that is behind the decline in bee populations.

The company’s employees enjoy excellent health benefits and hourly wages that are greater than average, showing a level of social responsibility that their competitors have not.

Costco’s move came in response to a Change.org petition created by Honeycutt that attracted more than 150,000 signatures. The group is also asking home improvement retailers Lowe’s and Home Depot to follow Costco’s lead, saying that Roundup’s carcinogenicity and lack of labeling mean that it should not be sold to the public; that petition currently has around 90,000 signatures.

It’s important to keep in mind that regular consumers and farmers alike use the product. Although Costco’s move could very well help save countless people from illness, home users represent a small fraction of the overall market. Roundup is the country’s second-best-selling herbicide for home garden and lawn use, marketed buy Scotts Miracle-Gro. Scotts distributes roughly $154 million of Roundup every year to retailers like Walmart, Home Depot and Amazon, and even if they all stopped selling it, it would still be used on many conventional crops.

Costco refusing to sell a product that could kill its customers is certainly a step in the right direction, and we hope others will follow suit. While those of us who know about the dangers of these products would never even consider buying them, most people rely on the mainstream media for information, and they have completely failed to give this matter the attention it deserves. That’s why the work of independent news outlets is so valuable in helping people to make informed decisions about everything from lawn care to medicine. All of the people who signed and shared this petition helped raise awareness about the issue of glyphosate – and brought about a very positive change.