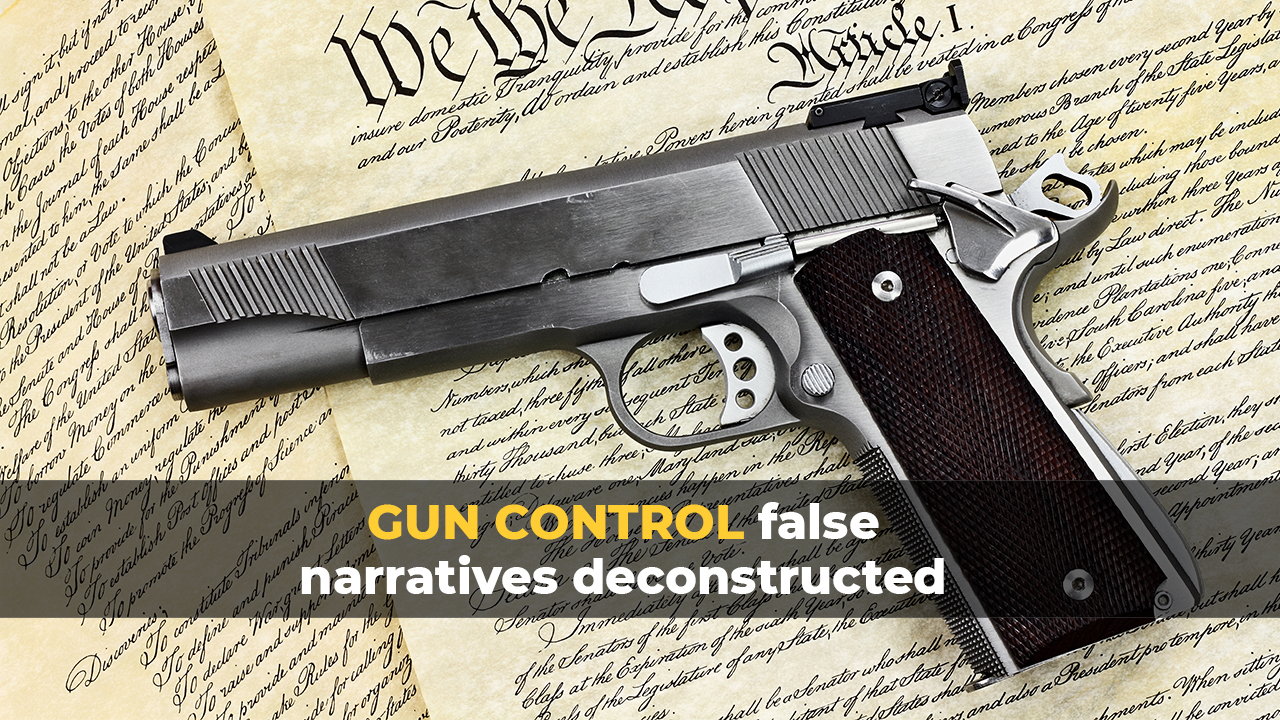 Democrats are working overtime in states and in Congress to chip away at Americans’ gun rights, mostly by adopting silly gun licensing and storage requirements, the imposition of “red flag” laws (which violate the constitutional requirement of due process), and bans on the number rounds a firearm magazine can hold.

The latter regulation has been popular for several years now, having been adopted by blue state legislatures as a way to ostensibly limit the carnage during mass shootings.

But a new study has found what most everyone with more than a pair of brain cells to rub together realized long ago: Arbitrary bullet limitations don’t have any impact whatsoever on fatal shootings.

The study, The Impact of State Firearm Laws on Homicide and Suicide Deaths in the USA, 1991–2016: a Panel Study, isolated four states to study ten different types of gun control to see if certain gun controls were successful in reducing homicide and/or suicide rates. Via their research, they discovered that “high-capacity” magazine and “assault weapons” bans do not lower homicide rates.

“Although I completely understand the desire to ban assault weapons, I just don’t see empirical evidence that such bans have any substantial impact on homicide rates. These bans are most often based on characteristics of guns that are not directly tied to their lethality,” said Siegel in an interview.

He added: “Laws regulating the sale of assault weapons are unlikely to have a large impact on homicide rates because these weapons are used in only a very small proportion of homicides. The vast majority of firearm homicides in the United States are committed with handguns.”

What part of ‘shall not be infringed’ do Democrats not understand?

There’s more. The study found that “changes in household gun ownership were not found to be significantly associated with homicide or suicide rates.”

But this finding is completely counter to the Democratic Left’s unending claims that a gun in the home puts everyone in it at far greater risk.

Anyone who’s followed this issue for any length of time knows that the current study really just reaffirms previous research that found assault weapons and gun magazine bans are non-factors in gun-related homicides, again because handguns are most often used to kill. And there’s this fact as well: By far most gun-related deaths in the United States are suicides, not homicides — and that fact hasn’t changed in decades.

What has changed is the number of people killed by guns: That figure dropped last year.

But there’s more to this issue that gun research and falling death rates.

When our founding fathers wrote the Second Amendment, they inserted a provision — “shall not be infringed” — believing that it would be self-explanatory.

Given that the Constitution places limitations on government(s) and not individuals, their intent was obviously to prevent future congresses and presidents from enacting any laws that would restrict a citizen’s “right to keep and bear arms” in any manner whatsoever.

After states ratified the 14th Amendment following the Civil War, the U.S. Supreme Court held that the amendment’s “due process” clause applied to states as well. That established the “doctrine of incorporation,” meaning that all of the Constitution’s recognition and protection of rights applies to the states as well.

That includes the Second Amendment, much to the angst of the Democratic Left. It’s time we reestablished the “shall not be infringed” provision as an inviolable constitutional mandate, or Democrats will continue to use faulty logic and politics — not science — to limit our gun rights.