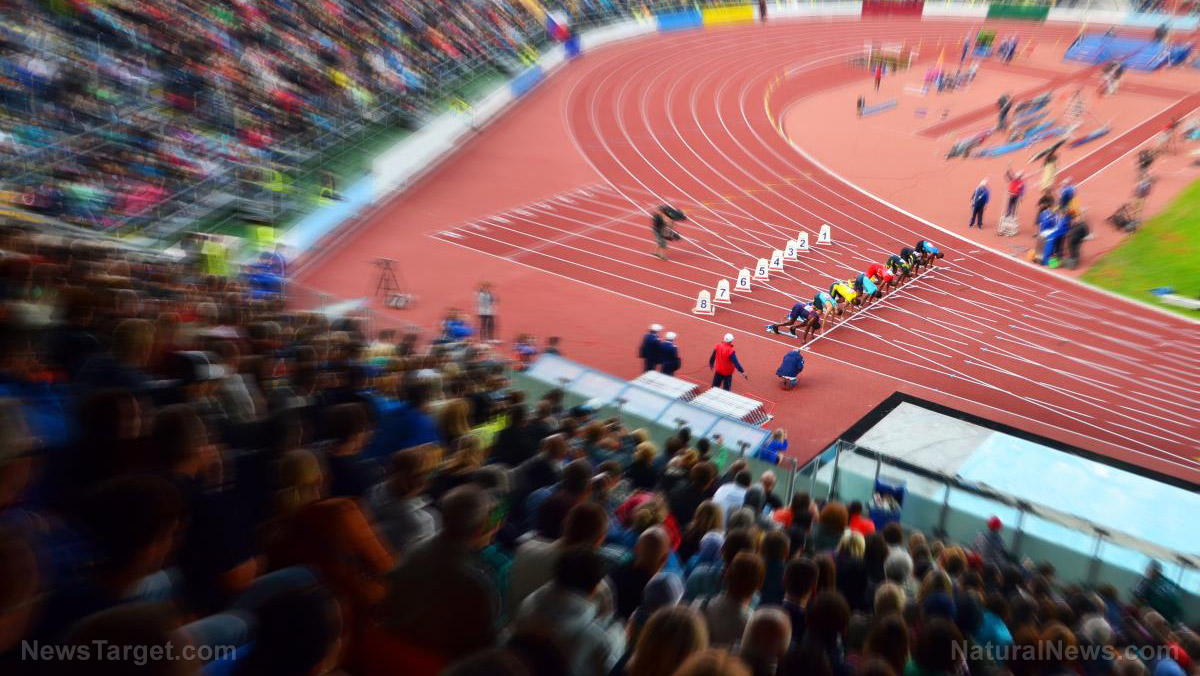 Last week on our Live Blog, my colleague Tyler O’Neil posted something about the ongoing controversy regarding transgender athletes competing in women’s sports:

This is a hot-button issue that hits close to home because I am the father of a female college athlete, and I want to address this from that perspective.

True, I think gender fluidity is abject nonsense and am tired of being called “anti-science” by politically correct liberals who have altogether abandoned biology when it comes to gender and fetal development because the science doesn’t support their insanity.

I am going to state something now that regular readers of this site no doubt agree with and is so patently obvious that it shouldn’t be controversial: males and females are different.

I’ll probably be suspended from Twitter if they ever find out about that.

Terry Miller and Andraya Yearwood should have been able to celebrate winning first and second place respectively in their state indoor-track championships.

Instead they were put on the defensive about their right to compete at all.https://t.co/zQ9peh1zwt

Some prominent female athletes from the past have been vocal about the inclusion of transgender females in competition. Predictably, they have been met with accusations of being transphobic.

The caterwauling about transphobia here is another classic example of the left eating their own. One of the first athletes to speak up was Martina Navratilova, one of the greatest female tennis players of all time. She also became one of the pioneer athletes of what is now known as the LGBT movement when she was outed in the early 1980s.

The shrieking about “transphobia” is, of course, designed to stifle dissent and/or any questions. Face it, if they can hit Martina Navratilova with that nonsense, no one is safe.

Should a discussion even be allowed to happen, the caterwauling about transphobia effectively removes any nuance from whatever discussion may ensue.

What’s at issue at present isn’t whether trans-female athletes should be allowed to compete, but about adjusting Olympic and other standards to — to use an apropos old line — level the playing field.

An organization called Fair Play For Women was formed to examine all the angles of fairness regarding trans-female athletes as well as to give a voice to the female athletes who are afraid to speak out.

Here are some of Fair Play’s conclusions/concerns:

The sex hormone Testosterone is responsible for the performance advantage enjoyed by males, some of these affects are irreversible but some are not.

Despite this, Olympic rules now allow male-born trans athletes to compete against females if their Testosterone levels have been suppressed for a minimum of 1 year. However, the maximum level of permissible Testosterone is 10 times higher than levels seen in the average female athlete. Genital reassignment surgery is no longer required.

For reasons of fairness, female sports must be reserved for biological females only. We discuss an alternative solution in which MALE-only categories are converted to OPEN categories for all regardless of sex or gender identity.

It is an overused word, ironically, mostly by the very people who are screaming “transphobia” right now. While fairness is nigh on impossible to impose in much of life, it should very much be a part of athletic competition, especially at the higher levels.

My daughter is a runner at a small NCAA Division I school on the East Coast. She runs cross country in the fall, indoor track during the winter, and outdoor track during the spring, so she’s in training or competing during all but the last week or two of every school year.

She trains hard when she’s not in school too. She religiously follows a detailed plan when she’s off during the summer and for winter break. Her winter break, by the way, is a half of what the non-athlete students at her school get because she’s already into winter track season.

She rarely gets any time off at all for spring break because she usually has races. This year, she got three days off, so we met at my sister’s house in Michigan for a couple of them. Each day, she worked out for two hours.

That was her “vacation.”

She doesn’t do all of this just to stay in school. Her scholarship is non-athletic. She does it to stay in shape and gain a competitive advantage. This is what competition is all about.

A transgender female competing against women who are born female brings an unearned, and unfair, competitive advantage to the competition that shouldn’t be allowed.

No matter how long a transgender female has been receiving hormone therapy, the inherent advantages never disappear. More from Fair Play:

Although it is clear that reducing T to female levels does reduce current muscle size and red blood cell levels in males, it does not reverse the impact that T had during puberty. Puberty and early adulthood was when the size and shape of the male body was formed. It is well known that males are larger, have longer limbs, a larger rib cage with larger organs like heart and lungs, bigger hands, their legs are more vertical due to a narrow pelvis, the list goes on. The male body is optimised for physical performance. In contrast, in females there is an evolutionary trade-off between physical performance and the ability to bear children.

Thankfully, my daughter hasn’t had to run against any transgender females. Were she ever to be in that situation, I wouldn’t know how to begin explaining to her that her years of very, very hard work meant nothing because someone in the race had a  physique and testosterone levels that would trigger a drug test in an athlete who was born female.

I deliberately used the same photo for this post that the ACLU used in their tweet because it plainly illustrates the physical advantages that the two transgender athletes had in that race. The naked eye tells all.

The fact that transgender people are a mere fraction of the population doesn’t mitigate the unfairness of it all. I’ve raised my daughter to be a self-confident, empowered young woman. She has relentless focus and a work ethic that I marvel at every day. She wakes up early almost every day of her life to work out and become a better runner.

The thought that her dedication and hard work could, in even one race, be rendered moot by politically correct morons who don’t believe in biology is maddening.

It’s the feelings-first, participation-trophy leftists who are actually anti-science, and their blind lust for inclusion shouldn’t be allowed to ruin the dreams of our young women.