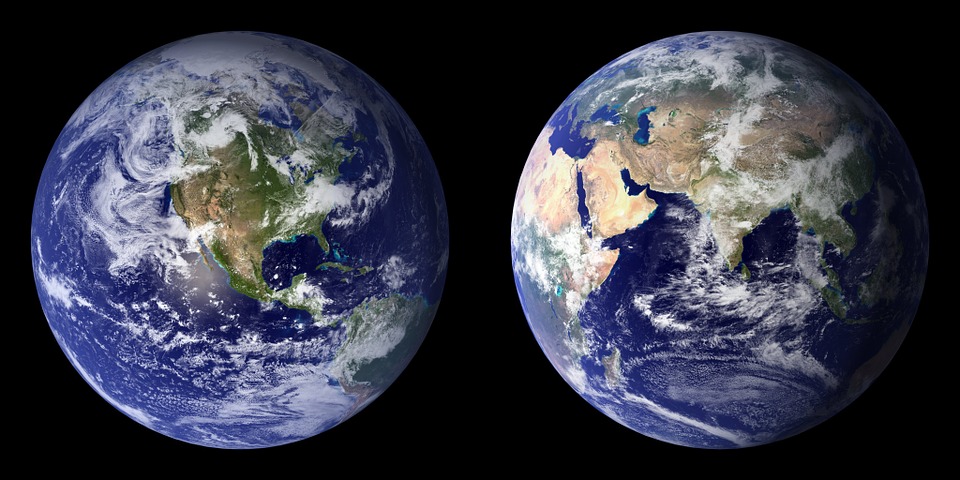 People like Elon Musk, founder of SpaceX, would have us believe that the chaos humans have created on our own planet in terms of environmental damage and other issues is really not that much of a problem. Instead of emphasizing the perfect balance of the Earth and stressing the need to repair the damage, they recommend a Hitchhiker’s Guide to the Galaxy type solution, where humans simply move on to the next planet – as if such planets are in abundant supply. Musk believes that humans face two paths: “One is that we stay on Earth forever and then there will be an inevitable extinction event,” he said. “The alternative is to become a spacefaring civilization, and a multi-planetary species.”

Well, not so fast, Mr. Musk; a statistical model by Fergus Simpson of the University of Barcelona’s Institute of Cosmos Science, indicates that it is unlikely that the other planets which are being touted as viable habitable options – including Mars, Kepler-62e, Kepler-62f and Kepler-69c – will have the Earth’s perfect ratio of water to landmass. This delicate balance is essential to all human and animal life.

Water covers approximately 71 percent of the Earth’s surface area, and this is pretty much a perfect ratio to sustain life. Less water would mean vast areas of desert, while more would mean that our species and many others could no longer survive. Scientists have no idea why the Earth offers an environment so perfectly balanced to sustain life, and explain it away as part of the “anthropic principle” – basically, a giant coincidence which somehow made the Earth’s water/land balance and many other elements just perfect for all life forms on Earth to exist and flourish.

While the Earth’s two-thirds water coverage already puts our planet right on the edge of the water world limit – the point at which life would no longer be viable – Dr. Simpson’s model indicates that the surface area of most “habitable” planets is likely covered by about 90 percent water.

To test the accuracy of his model, Simpson took mechanisms like the deep-water cycle, as well as the erosion and deposition process into account. He also considered how habitable land area would diminish on planets with smaller oceans, since they would become increasingly dominated by deserts.

But why is a planet’s having more or less water such a big deal? Does having just the right amount really matter? For one thing, two processes involving water are vital to life: Plants convert two water molecules from rainwater into oxygen, and algae produces oxygen in the Earth’s oceans. In addition, the movement, temperature and quantity of water directly affect the planet’s weather and precipitation processes. The circulation of water vapor through the atmosphere and into the oceans creates temperature and air pressure changes which in turn create wind and currents. These currents push ocean water from the equator to the north and south poles, cooling the water and affecting the temperature in different regions. Since plants and animals are all designed to survive in specific environmental conditions, any changes to this delicate balance would mean that certain species would simply not be able to survive in a different location.

Water is also vital to agriculture, since how plants grow and develop is directly related to how much rainwater they receive. Water is also vital to photosynthesis, the process which results in breathable oxygen, without which no human could survive. And getting just the right amount of rain ensures that plants are able to sustain their own weight. While too much water would result in a plant drowning in its soil, too little would cause stress to the plant and would also result in its death.

Someone just has to spend a little time outside thinking about the millions of processes delicately balanced to sustain life, to realize that the Earth is unique, and can most certainly not be replaced as easily as people like Elon Musk would have us believe.