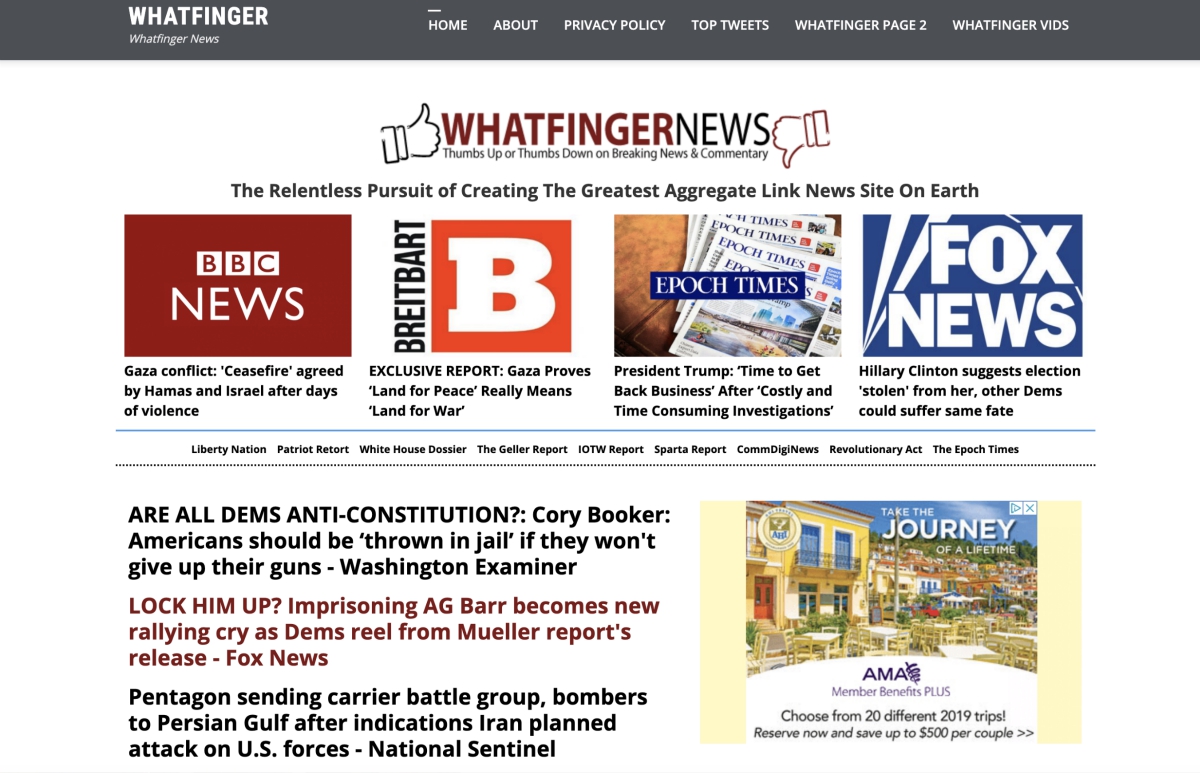 Regular visitors to the Drudge Report in recent weeks have noticed a change in the news fare offered by the aggregate master: A distinct, if not yet overt, anti-Trump bias creeping into the stories that Matt Drudge and his staff post.

It was subtle at first, but then became more pronounced throughout the winter and into spring: Stories reflected negatively on the Trump administration and the president himself as compared to the first two years of his term.

Some have attributed the Drudge Report’s change in tone regarding President Trump to a very public, nasty falling out with conservative author and pundit Ann Coulter, a close friend of Matt Drudge (they were seen together attending one of the GOP debates in 2016 and had been spotted together in 2014 attending an NBC playoff game).

Coulter and Drudge were early supporters of President Trump. But after a nasty public spat over the president’s lack of progress for his promised border wall (for which he can thank Congress), Coulter seems to have written off the Trump presidency. And he, her.

Well, never fear, conservative news hounds: A viable alternative site has emerged that not only features the best independent media reporting, but is turning heads for its comprehensive inclusiveness to all ideas. (Related: Twitter censors Drudge as outrageous “scorched earth” campaign against conservative voices accelerates.)

Whatfinger News, according to “Mike,” one of its creators, is a news aggregate site “started just as a blog where three soldiers sat around and gave a thumbs up, [thumbs] down or a middle finger for products, news and such,” he said in an interview.

“People liked seeing the comments, we posted more, they said post news, we did, more people came, and here we are. That simple. That fast. All word of mouth,” he noted.

By any measure, Whatfinger News is now a news aggregate player. According to Similar Web, a website ranking firm, the site unofficially attracted around 4.3 million visits in March (the latest month figures  available). That means the site is already sending some serious traffic to sites fortunate enough to be featured.

And it’s just the beginning.

“Our goals is to grow, we are tiny and a new site,” Mike says, adding that Whatfinger News has only been up and running officially for about 18 months.

“We’re motivated. Just wanting the news at our fingertips and not just from fake news which dominates media,” he continued.

As for the site’s goals, Mike says many of them are yet to be realized, but progress is being made nonetheless. The site will incorporate soon, other legalities will be taken care of, and an “intense expansion phase” that has been delayed while he and others work through issues will be starting soon, finally.

“So that will be fun to watch it grow, and readership expand,” he said.

What kind of stories are featured? “We show all news and from all links and label them so no one is tricked into clicking what they do not want to visit,” he said. For instance, if a news source is known to lean Left, politically, readers will be shown that.

“That happens often on other aggregates,” said Mike of news sites that sort of ‘trick’ readers into visiting a link that contains material they don’t want to read or patronize. “Also we show all sources and more of it than other aggregates,” he added.

Whatfinger News does link to more well-known conservative and independent sources such as Breitbart News, the Washington Examiner, and The Epoch Times. But you’re just as likely to find a link to a story from an up-and-coming indy publisher as well.

So long as the story itself has been given a “thumbs-up” from Mike and his crew.

Read more about the bias news media cartels at Bias.news and NewsCartels.com.