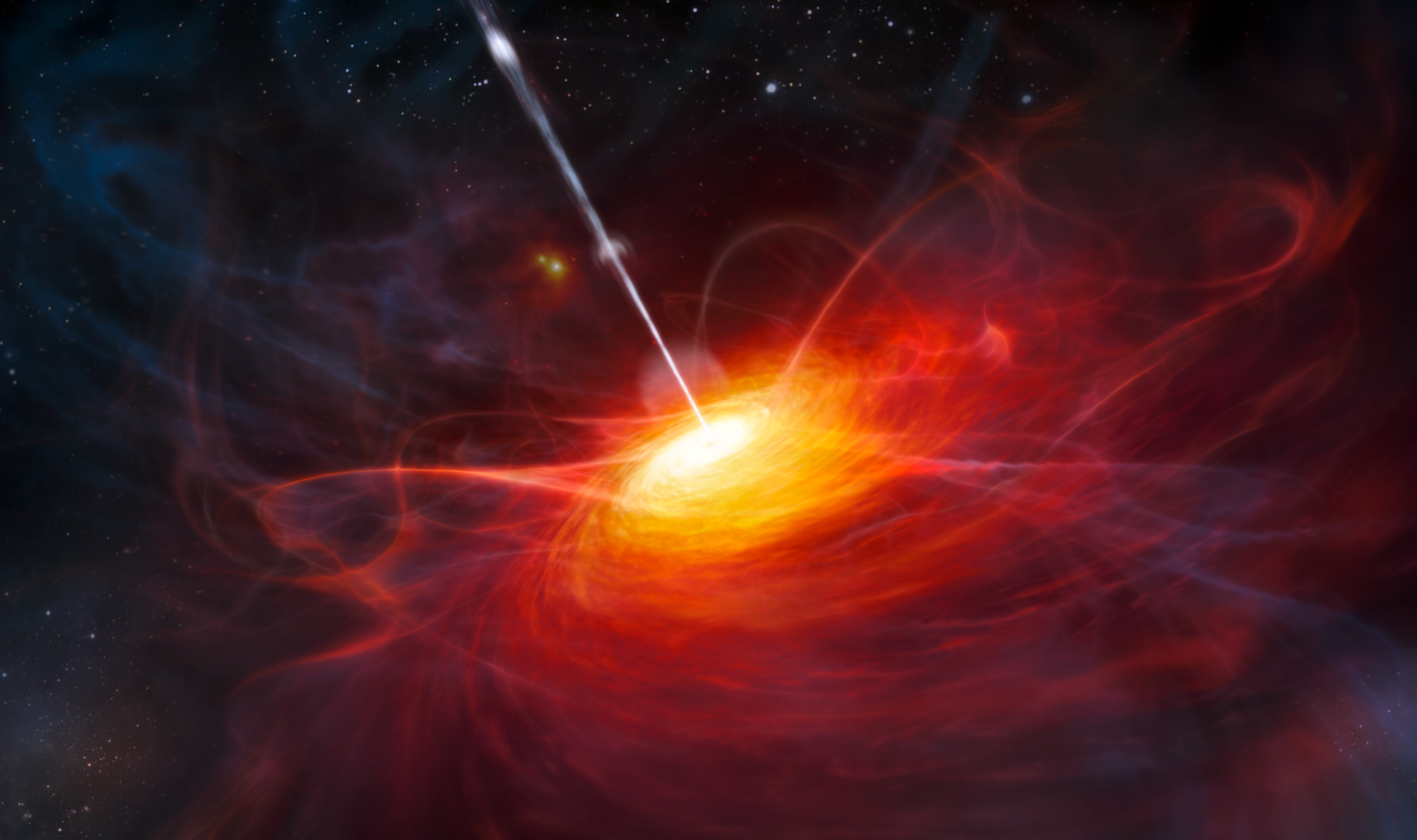 Researchers took advantage of the immense bursts of radiation given off by supermassive black holes to measure the expansion of the universe, an ongoing process that began a billion years after the Big Bang. Based on their calculations, the universe was expanding faster than previously believed.

The ancient black holes at the heart of distant galaxies served as beacons for U.K. researchers at Durham University and their Italian colleagues at the Universita degli Studi di Firenze (UNIFI). They were able to measure the distances between the holes, which were spreading further apart by the second.

A black hole is an area of space that exerts a gravitational field so strong; not even light could escape its grasp. The byproduct of the inward collapse of a large star, its existence was first predicted by Albert Einstein.

Black holes are usually vast and dense. But the central part of many galaxies often contains supermassive examples that massed billions of times more than the sun. (Related: Some black holes bring dead “zombie” stars back to life just to rip them apart later.)

Despite their name, black holes are counted among the most energetic sights in the universe. Whenever matter fell into a black hole, it gave off staggering amounts of radiation.

Their brightness and age made black holes very useful to the Durham-UNIFI research team. Thanks to the radiation, the researchers tracked the expansion of the universe up to a billion years after the Big Bang gave birth to it.

The universe is believed to be 13.7 billion years old. However, earlier examinations of light from stars that went supernova could only get as far as the four- or five-billion-year mark after the Big Bang.

Enter the radiation from the supermassive black holes. The big ones in the middle of galaxies are called “active galactic nuclei.” They started giving off ultraviolet rays and X-rays during the early universe, and those emissions reached Earth in the form of background radiations.

The researchers drew data from the Sloan Digital Sky Survey telescope and the XMM-Newton Space Observatory. The information on the UV rays and X-rays emitted by 1,600 active galactic nuclei gave them the ability to peer even further back into the early annals of the universe.

Durham researcher and study co-author Dr. Elisabeta Lusso described black holes as the brightest persistent sources of light in the universe. Those properties allowed her team to use the celestial bodies as measurements for the universe expansion rate.

“Our results suggest that the early expansion of the Universe is different from that predicted by the Standard Cosmological Model,” Lusso said in a press release. “We may need to explore new physics, for example rethinking the potential properties of dark energy.”

Her co-author, UNIFI researcher Dr. Guido Risaliti, suggested the idea of evolving dark matter as a potential answer to the conundrum of the faster-expanding universe. This dark matter would increase its own density over time to match the universe expansion.

“This would imply an expansion rate of the Universe in agreement with our measurements,” Risaliti went on to say. “However, this is only one of the many models (all including new physics) proposed by the theorists, and much more work is needed to find a unique solution.”

The next step for Lusso and Risaliti is to go after supermassive black holes that were located even closer to the Big Bang. Those black holes would let them look at the earliest years of the universe.