Uncensored and Independent Media News
Home
Health Freedom
Second Amendment
Prepping
Survival
Censorship
Subscribe
SHOP
Popular Articles
Amazing video reveals how Leftists think they can commit CRIMES to silence the speech of conservatives, and they tell themselves it’s right to do so
05/21/2019 / By JD Heyes / Comments
Bypass censorship by sharing this link: 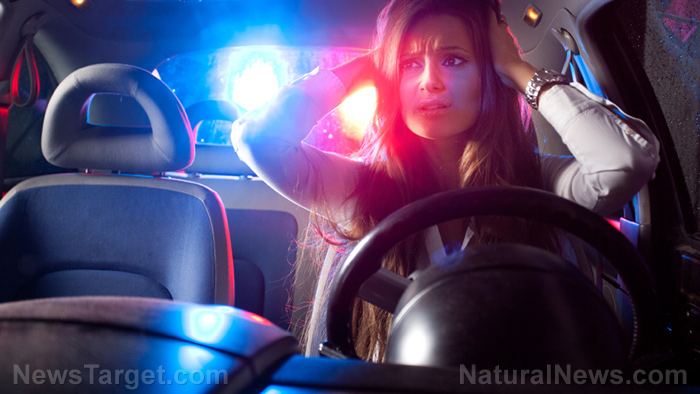 In the age of POTUS Donald Trump, American Leftists have increasingly resorted not only to violence but to criminal behavior as a means of being part of the “resistance” to his administration.

And just as frequently, American Leftists have shown blatant disregard for the law and the unwritten rules of civility necessary to maintain social cohesion — all while justifying their violent and illegal behavior as ‘okay’ because, well, Trump.

The latest example of this occurred in North Carolina, where a young pro-abortion supporter thought she had every legal right to take a pro-life supporter’s campaign sign.

“She thought she had won a victory against the patriarchy,” TownHall’s Matt Vespa noted last week. “And then she got towel slapped with reality. What she did was a crime. It’s called larceny and the police arrested her for it.”

Brandon Morse at RedState also wrote about the activist’s crime:

Something about pro-lifers really causes the left to lose their minds and do things that any normal person would avoid. This too often includes violence, but also the theft of property in many cases. One woman on a college campus, however, found out that stealing is wrong the hard way.

As a pro-life demonstration got underway at the University of North Carolina-Chapel Hill, sponsored by an organization called Created Equal, a young female approached the group and, after exchanging a few words with them, literally took (stole) their sign. She then tried to throw it off the side of a building but was confronted by the sign’s owner, Austin Beigel.

During this exchange of words and act of “alleged” theft, one pro-life demonstrator signaled a police officer who was nearby and witnessed most of what had taken place.

“I just moved it,” the young Leftie responded.

Oh. Sure. That didn’t hold up.

The pro-life group told the officer that in fact, the young Leftie actually ripped it out of their hands. When the officer asked her why she’d done it, she actually said, “Because this restricts women’s rights.”

The Left will keep pushing until they push too far

Nice try. At that, the cop ordered the Leftie to give the pro-lifers back their ‘women’s rights-limiting’ sign before she damaged it, “after which time she attempted to leave the scene while commenting that she couldn’t believe that the officer was protecting pro-lifers,” Beigel wrote.

Unreal. Because ‘scum’ like conservative pro-life people don’t deserve the same police protection the Left gets…or something like that. (Related: Left-wing VIOLENCE has created a ‘new normal’ for GOP Congress: Dramatic increase in THREATS.)

“Nope, you’re not going anywhere,” the officer responded, stepping in front of the young Leftie. He told her she was being detained for larceny, and when she tried to argue that she had given the sign back to the pro-life group, the officer noted that was only because he made her do so.

“I moved it 50 yards,” she reasoned, as though in order to commit larceny one has to move the stolen item a certain distance before it is considered a criminal act.

“I don’t care if you moved it one foot,” the officer responded, establishing that criminal distance in a larceny case is, well, minimal.

More arguing and more pro-abortion speechifying — all of which was followed by the officer’s command that she remove her backpack because she was being arrested.

And all of these attacks and other acts of violence are being justified by these lunatic Leftists as acceptable because they, not we, are on the ‘right side’ of morality and ‘justice.’

At some point, someone on the violent Left will push just a little too far.

Read more about the cult-like behavior of Leftists and their violent actions at LeftCult.com and Violence.news.