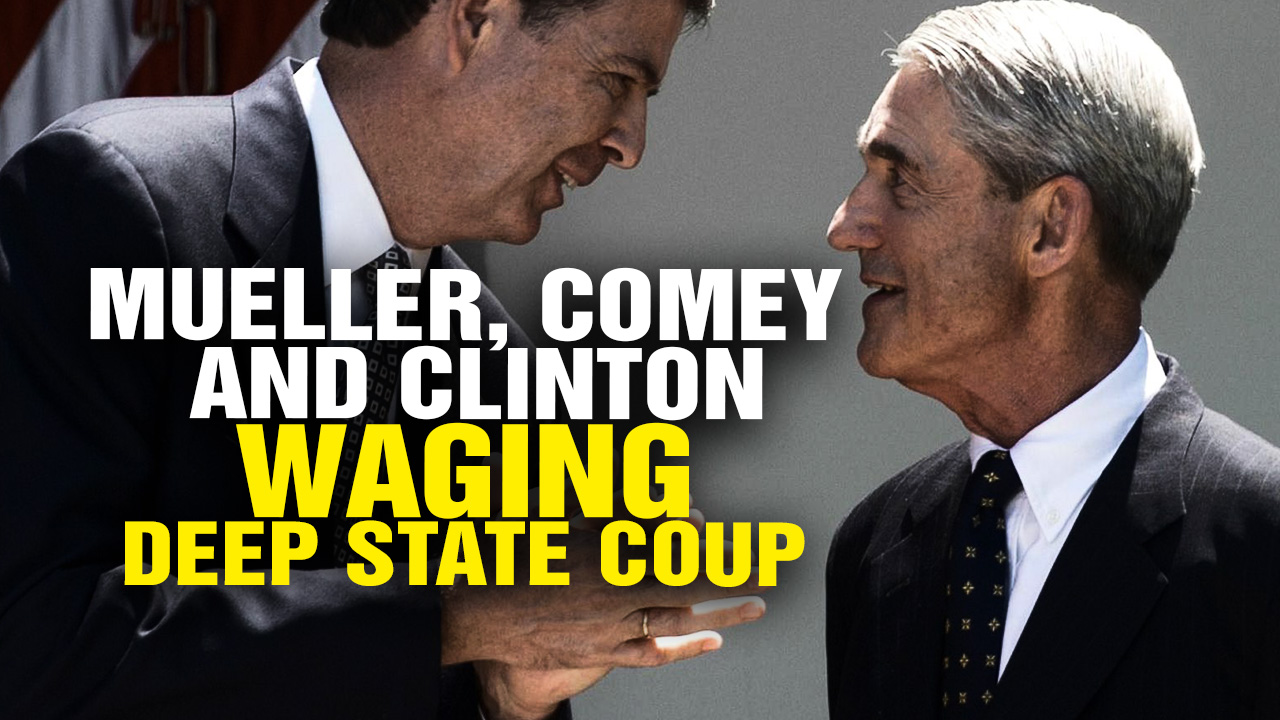 Reading the defamation complaint Svetlana Lokhova filed last Thursday against Stefan Halper and three media giants felt like paging through a Nicholas Sparks novel. But instead of finding a formulistic young love tragedy turned epic romance, Lokhova’s lawsuit exposed the outline the intelligence community used to spread the Russia collusion fiction. It also revealed that the United Kingdom held a prominent role in the plot development.

Other than a blip of notoriety in 2015 when she won a £3.1 million award in a harassment case against her former employer, the Russian bank Sberbank CIB, Lokhova resided in obscurity at Cambridge University. At Cambridge, Lokhova focused on completing her PhD in Soviet Intelligence Studies under the tutelage of Professor Christopher Andrew.

According to Lokhova’s complaint, all that changed on February 19, 2017, when her long-time mentor penned an article for the U.K.’s Sunday Times, painting her as a Russian spy and possible paramour-in-waiting for Michael Flynn. These are the allegedly false and defamatory claims that formed the basis for her lawsuit.

In her lawsuit, Lokhova detailed the backdrop to Andrew’s article then laid out its aftermath, before blaming not just Andrew, but FBI informant Stefan Halper and three media powerhouses with embroiling “an innocent woman in a conspiracy to undo the 2016 Presidential election and topple the President of the United States of America.” But in sharing her story of how the intelligence community and press sucked her into the Spygate scandal, Lokhova also laid bare the formula used to fake the Russia collusion narrative and convince the public that President Trump conspired with the Kremlin.

The isolated nature of Lokhova’s supposed involvement in the purported Russia collusion provides the perfect opportunity for outlining the formula used for more than three years to peddle the hoax. Here’s the template.

The first step to crafting a somewhat believable Russia collusion narrative involves the use of a credentialed individual—an expert, someone connected, someone with credibility. Andrew, the author of the Sunday Times hit piece, easily served that role.

He touted his position as the former official historian of MI5 and an organizer of the Cambridge intelligence seminar, and proceeded to explain how he had met Flynn three years prior when Flynn was serving as the director of the Defense Intelligence Agency. It was at this seminar that Flynn also crossed paths with Lokhova, whom Andrew explained was a postgraduate student at Cambridge.

Next you need some factually accurate details. For Andrew, those consisted of background facts about Flynn, such as that he served as Obama’s director of the Defense Intelligence Agency, before the former president fired him.

Then Flynn joined the Trump team as the president’s national security adviser, Andrew explained, until Trump also fired him. Andrew’s connection to Cambridge and the British counterintelligence group MI5 could also be readily confirmed, adding to the believability of the yarn.

After laying this groundwork, it’s time for the innuendo. And Andrew excelled at innuendo. The title, “Impulsive General Misha shoots himself in the foot,” set the tone, with the foreign moniker Misha sensualizing the scene.

“General Misha,” Andrew claimed, was how Flynn signed email correspondence with Lokhova, the young Russian-born student with whom Flynn “was especially struck,” and with whom he showcased an “evidence pleasure in engaging.”

With the theme now clear, Andrew told readers that “At the end of the evening, Flynn invited the student to accompany him on his next official visit to Moscow,” providing “striking evidence of his spontaneity,” and demonstrating Flynn’s “instinct when he sees a new opportunity is to follow it up.” But alas, that trip was cancelled “in protest against Russian policy in Ukraine,” Andrew noted to explain why the rendezvous never occurred.

Here again you see the factually accurate details used to bolster the storyline: Russia’s March 7, 2014, incursion into Ukraine and Flynn’s assertion that the intelligence community had predicted the likely Russia intervention a week earlier, timed perfectly to Flynn’s February 28, 2014, chance encounter with Lokhova. Yet, even with the trip canceled, Lokhova and Flynn stayed in touch, Andrew stressed, while implying impropriety.

Intrigue alone is not newsworthy, so the next step requires hooking to a valid new story to suggest a Russian connection. Andrew hooked his tale of General Misha’s meet-up with the Russian-born Lokhova to Trump’s firing of Flynn a week earlier following revelations that Flynn had discussedsanctions with the Russian ambassador, although telling Vice President Mike Pence that he hadn’t.

Then Andrew, in what could possibly be the non sequitur of the year, claimed Flynn’s meeting with Lokhova “provides some context for his intercepted telephone conversation with the Russian ambassador in Washington.”

Andrew quickly pivots from that point, lest readers ponder too long: “Wait, what context?” And in doing so, Andrew puts himself on the side of the angels by castigating those who leaked details of Flynn’s call to the media.

Andrew does this so deftly that he is able to simultaneously cast aside concerns that Flynn’s call was being recorded and imply that Flynn acted criminally: “As a former intelligence chief, Flynn must have known [the call] would be routinely recorded under the US Foreign Intelligence Surveillance Act. Whether or not Flynn behaved illegally, those who leaked intelligence about the call to the media clearly did so.”