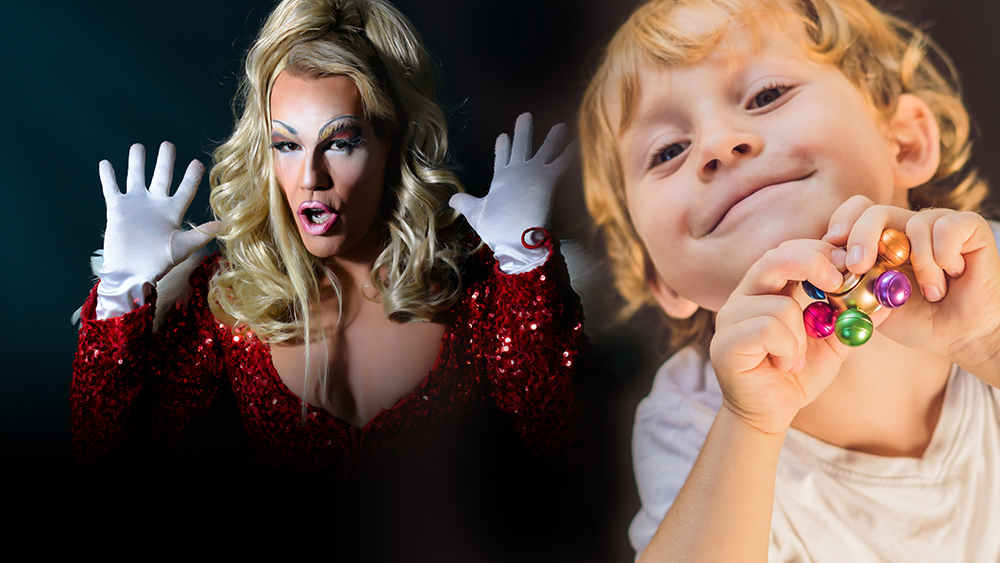 Opening the floodgates for the normalization of child exploitation and pedophilia is none other than the far-Left media streaming service Netflix, which has reportedly renewed for a second season a grotesque and utterly depraved “original” show called “Dancing Queen” that features underage boys dressed in drag dancing around with LGBTQP perverts like it’s no big deal.

The series reportedly centers around a drag queen dance teacher from Mesquite, Texas, named “Alyssa Edwards” (real name Justin Dwayne Lee Johnson) who, under the guise of exposing the next generation of youth to “the arts,” openly grooms innocent, pre-pubescent children into “her” drag queen lifestyle.

The show’s purpose, of course, is to further mainstream the idea that it’s completely normal for adults to sexualize underage children, and specifically underage boys, into all sorts of LGBTQP perversion and pride – because it’s all in good “fun,” right?

However, to anyone with a conscience, the fact that such a show is even being made at all, let alone pushed on 139 million Netflix subscribers and viewers worldwide, many of whom are children themselves, proves that we’re on the brink of some pretty serious divine judgment – at least if history is any indicator (remember Sodom and Gomorrah?).

For more stories like this one, be sure to check out Evil.news.

If you care about protecting innocent children from LGBTQP perversion, you’ll cancel your Netflix subscription immediately

And it’s not just “Dancing Queen” that’s corrupting the minds of Netflix viewers into accepting pedophilia and the sexualization of young children. Netflix is also promoting another even more perverse show called “Big Mouth” that in many ways makes “Dancing Queen” seem tame.

As reported by Freedom Project Media, “Big Mouth” contains all sorts of extreme “profanity and grotesque immorality and perversion,” despite being an animated series that presumably appeals to children.

“… the constant portrayal of young children’s genitals and similar imagery make it self-evidently unsuitable for adults” as well, Freedom Project Media further explains. “In short, it is unsuitable for anyone but the most depraved minds. The real goal appears to be to corrupt and sexualize more young children.”

This is the type of filth that Netflix regards as appropriate entertainment for the masses these days – which means if you disagree and still subscribe to Netflix, then it’s clearly time to log in, hit “Cancel Subscription,” and never look back (remember Lot’s wife?).

While perhaps not as extreme as the “Desmond is Amazing” freak show phenomenon, Desmond being the infamous 11-year-old drag boy who dances provocatively at gay bars for cash, “Dancing Queen” takes more of an “entry-level” approach in broaching the pro-pedophilia message – which, if viewers accept it, will certainly be followed by much, much worse programming in the future.

Such programming has technically already arrived, seeing as how Netflix’s “Big Mouth” series depicts underage child sex acts in a positive light; promotes Planned Parenthood and abortion to children; and even features demonic, Baphomet-like creatures with “demon horns and other attributes … that make the true nature and agenda of the show absolutely clear.”

In other words, Netflix is attempting to turn evil on its head and make it appear “good” by promoting a pro-pervert message through “cute,” animated programming – something so disgustingly evil that it’s hard to imagine how much lower American society has to fall before hitting rock bottom.

“So with so many cut the cord offerings on the table, cutting off your Netflix subscription should be the first thing any red-blooded American with any sense of decency does posthaste,” writes Jon Bowne for InfoWars.

“It has never been easier to be a part of the problem if you continue to subscribe or the solution if you cancel today.”