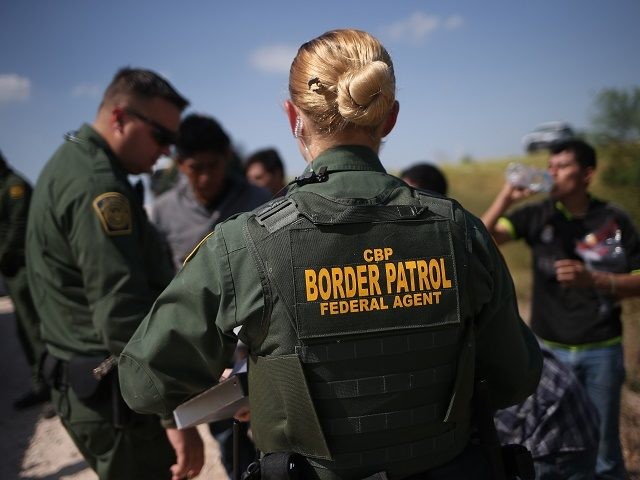 A New York Times writer has called for the doxxing of Customs & Border Protection agents for their role in detaining illegal migrant children.

In her Saturday op-ed entitled, “The Treatment of Migrants Likely ‘Meets the Definition of a Mass Atrocity’,” writer Kate Cronin-Furman begins by saying that CBP agents must be held accountable for their participation in upholding immigration law.

“Those of us who want to stop what’s happening need to think about all the different individuals playing a role in the systematic mistreatment of migrant children and how we can get them to stop participating,” Cronin-Furman wrote.

“We should focus most on those who have less of a personal commitment to the abusive policies that are being carried out.”

The NYT activist then compares detaining migrant children to the Holocaust and Rwanda massacre, claiming that only “social pressure” can stop CBP agents from carrying out their duties.

“The campaign to stop the abuses at the border should exploit this sensitivity and put social pressure on those involved in enforcing the Trump administration’s immigration policies,” Cronin-Furman continued, adding that doxxing is the best method.

“The identities of the individual Customs and Border Protection agents who are physically separating children from their families and staffing the detention centers are not undiscoverable. Immigration lawyers have agent names; journalists reporting at the border have names, photos and even videos. These agents’ actions should be publicized, particularly in their home communities.”

Cronin-Furman then argued how doxxing CBP agents isn’t actually doxxing, comparing it to putting pressure on the Nazis during World War II.

“This is not an argument for doxxing — it’s about exposure of their participation in atrocities to audiences whose opinion they care about,” she wrote.

“The knowledge, for instance, that when you go to church on Sunday, your entire congregation will have seen you on TV ripping a child out of her father’s arms is a serious social cost to bear. The desire to avoid this kind of social shame may be enough to persuade some agents to quit and may hinder the recruitment of replacements.”

“In Denmark during World War II, for instance, strong social pressure, including from the churches, contributed to the refusal of the country to comply with Nazi orders to deport its Jewish citizens.”

As we reported, the mainstream media regularly virtue-signals for violating immigration law and punishment for those who carry it out, with even 2020 Democrat candidates suggesting that illegally crossing the U.S. border should no longer be a crime.

Read more at: Infowars.com or NYTwatch.com.