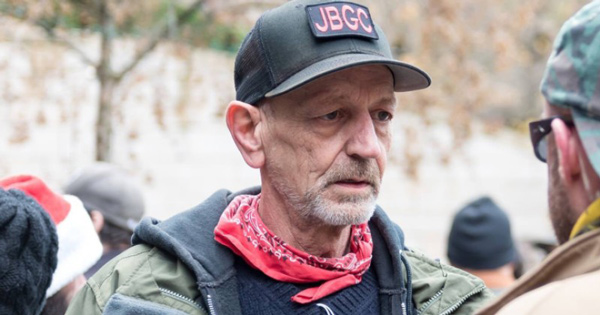 Predictably, he was shot and killed by local police, but not before trying to set a government building and multiple vehicles on fire.

Notably, the entire left-wing media completely ignored the terrorism assault, since the attacker was a radical left-wing Antifa terrorist (which the left-wing media openly supports). As Chris Menahan of Information Liberation rightly points out, if the attacker had been a Trump supporter who claimed “I am a fascist” instead of “I am Antifa,” here’s what would have happened instead:

– Wall to wall media coverage of the “white supremacist conspiracy theorist terrorist” attack for weeks
– All white people and “whiteness” itself would be blamed for the attack
– The President and Republicans would be called on to denounce the attack and accused of tacitly supporting it and “radicalizing” the shooter
– Democrats would call for AR-15s and other guns to be banned and put through multiple bills in the House
– Republicans like Nikki Haley would call for Confederate statues to be torn down
– Congress would pass yet another resolution condemning “white nationalism and white supremacy” (are we up to number 4, 5 or 6 at this point?)
– Big Tech would deplatform every Q-Anon and anti-immigration group they could possibly justify banning if the shooter so much as “liked” one of their posts or visited their page
– Anyone justifying the attack in anyway would be banned from the internet, have their payment processors pulled and possible even their web domain seized

But of course, no such things happened. The shooter was a radical left-wing Antifa terrorist, so the media is pretending the attack never happened. 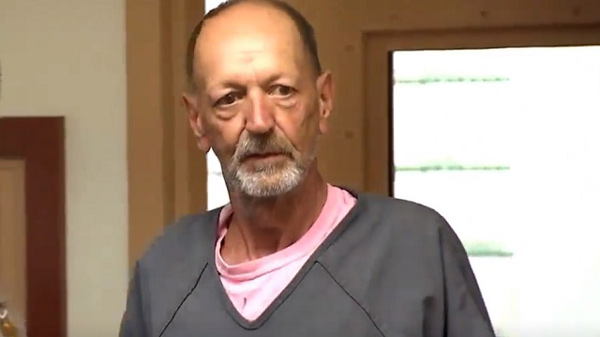 In fact, the left-wing media is exactly what’s driving people like this to the point of snapping.

“I am Antifa… all power to the people!”

Jack Posobiec obtained a copy of this terrorists’ “manifesto,” by the way, which proclaimed, “I am Antifa… I stand with comrades around the world… all power to the people!”

The rest of the manifesto is a rambling advocacy of identity politics mixed with hysteria about “concentration camps,” which clearly suggests that Van Spronsen was radicalized by fringe rhetoric from the likes of Alexandria Ocasio-Cortez.

At one point in the manifesto, Van Spronsen thanks his “trans comrades” and explains that he was armed with a semi-automatic weapon, suggesting he clearly planned to commit a massacre.

Posobiec points out that CNN praised the left-wing Antifa terrorist group, demonstrating once again how CNN is a journo-terrorist organization, not a legitimate news publisher.

Yesterday a member of this chapter firebombed the ICE facility in Tacoma https://t.co/fTD1BvTd4A

Why hasn’t the Trump administration declared Antifa to be a domestic terrorism group yet? It’s abundantly clear at this point that Antifa is a terrorist organization, and its members train people how to operate as armed terrorists, just like we saw with this attempted firebombing of a government building.

Antifa is described as, “the Democrat Party’s terrorist arm” by John C. Velisek at All News Pipeline:

Calling themselves anti-fascists, they use the same organizational mobs of white thugs dressed in black to attempt to intimidate any who disagree with them, and damage or steal property. They are no better than the shock troops during Hitler’s regime and will meet the same fate. In any confrontation, the masks must be torn off, and those behind them exposed.

The media are willing accomplices, inferring that Antifa is right. The Mainstream media continues to inflame the political violence and division that makes Antifa possible.

Antifa has learned organization and tactics while Trump was running for President. Both Antifa and the MSM blamed right-wing Trump supporters for the violence at his rallies, knowing full well it was the far left anarchists of Antifa that were responsible for the violence. After Charlottesville, CNN’s Don Lemon compared them to freedom fighters while CNN’s Cuomo compared them to the battle of Normandy.

Clearly, Antifa is a terrorist operation, and it’s being openly backed by CNN, the New York Times, the Washington Post and other left-wing journo-terrorism fake news publishers, all of whom are complicit in the stirring up of mass hysteria and violence across the lunatic Left.

It’s time to not just put down Antifa terrorists, but to arrest the fake “journalists” who are deliberately inciting violence across America as part of their attempted overthrow of the United States government and the destruction of America from within. They hide behind the First Amendment while trying to destroy this nation, and it’s time they be stopped.

I predict it won’t be long before legally armed Americans open up on Antifa terrorists in self defense. Antifa terrorists are deranged, violent, lawless cowards, and they need to be stopped by law-abiding Americans and law enforcement. If you wear an Antifa mask, you should prepare to be engaged, for the American people have had enough of your unbridled violence, hatred, bigotry and mass mental illness.

When a dog turns rabid, you put him down. Antifa has become nothing but rabid dogs, drooling with mental insanity and a seething, psychopathic desire to destroy civil society. Hilariously, most Antifa members are snowflake white people who think they’re “fighting fascists” when they’re the ones who have actually become the fascists. They hide behind masks because they’re cowards and communists. And yes, they’re terrorists, too. It’s time to take down Antifa and rid society of these dangerous left-wing terrorists.