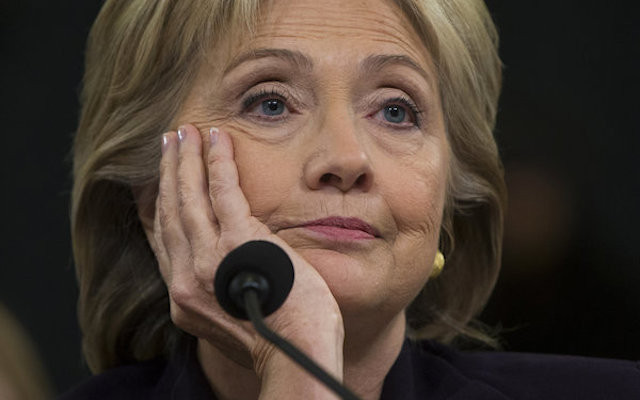 I was recently speaking with a DHS agent and he said in relation to the “infectons” crossing the border, that there “had to be help from inside the government to be doing what is being done”. Our conversation was focused on the “infectons” and I did not get a chance to share with this agent the gravity of his statement and how correct he/she was. By the way, I am told that the infectons phenomena is well-known among many federal agencies, from different agencies, who are assigned to border “security”.

Along the same lines, a Border Patrol agent told me a month ago that people who are assigned to the border, regardless of affiliation are quitting in droves because they feel the government has forsaken them. As this article will reveal, the Democrats have done more than forsaken them, they are willing participants in the takedown of this country.

In the second prong to bring America down we are seeing the interrelationship between many divergent groups and we are seeing abject treason within our government.  This article will begin to reveal these interconnections. The next part of this series will deal explicitly on who is doing what and that discussion will center on the Democratic Party.

An FBI agent told me late last year that there are more “black budget projects at the border than one can shake a stick at”. What did this agent mean? The agent is not allowed to see the entire mission specs, but they are only allowed to see the funding document, for example the “x92” project. There have been scant references in funding requests for black ops activity involving the FBI located at the border. The FBI is hiding behind the largely false claim that they are allowing drugs to cross our southern border for series of sting operations. The problem with this excuse is that I am told it has been going on since, 2009, the year Obama took office. If this seems out of place, please consider the documentation that already exists on this website:

Mueller and Comey continue their work with domestic and foreign drug interests as their association between Mueller and Comey still continue to this day as I am told by a DEA agent that the FBI is assisting the drug cartels in bringing in drugs through the southern border. The source of the drugs is largely from Afghanistan which explains the huge uptick in heroin use in America. However, as many in the DEA know, the increased use of heroin is the least of America’s problems. Much of the drug profits are being diverted to fund terrorist activity on American soil. And as I have documented on the CSS, where the Mexican drug cartels are involved, so is the Chinese government.

As a precursor to the following information, it should be noted that the Peruvian based, SANCHEZ-Paredes drug cartel, the largest in the world, facilitates the ongoing marriage between the Middle East terror groups and the drug cartels.

In 2015, I was informed by, not one DEA agent, but two about their agency’s complicit involvement in Mexican cartel drug trafficking that was connected to DOJ and FBI interests. In 2015, I completely documented the following account:

This resurfaces the issue that former Attorney General Eric Holder, not only knew about the gun-running arrangements in Fast and Furious as we all knew he did, he was running them. Holder was held in contempt of Congress for refusing to testify under oath about his involvement in this operation which also took the life of Border Patrol Agent, Brian Terry.

The only plausible explanation serving to underlie this operation would be that the DEA is protecting the drug trafficking corridors for the banking elite, Deep-State interests that has hijacked our government.  The information supplied by the Sinaloa’s about their rivals protects the elites shipments from competition. In summary, drugs are supplied from the SANCHEZ-Paredes cartel, who in turn ship the drugs to their middle men, the Chinese military controlled, Sinaloa cartel. The original source of the drugs is Hezbollah’s interlocked partner, ISIS. The DEA is completely aware of this relationship and actively protects the business arrangement.

Today, in the summer of 2019, we now know and have previously documented that the SANCHEZ-Paredes cartel facilitated the marriage between Middle East terrorists and the drug cartels and have been training them, with the help of the CIA in base training camps in El Salvador and Honduras. This is the heart of the future Red Dawn invasion force I write so much about. I have done 8 interviews with Kathy Rubio who has been to these camps. She also formerly worked in the Prison system in Honduras and knows all the players and has revealed these intentions on the CSS.

In 2015, based on the information from DEA contacts (2), I stated “AMERICA YOU ARE BEING SOLD OUT FROM THE INSIDE!” My DEA source also informed me that the members of the SANCHEZ-Paredes cartel travel freely to and from the United States where they own homes and do not pay taxes to the American government. Meanwhile, we continue to get felt up at the airport by the TSA in order to protect us from these kinds of terrorists. And this is the group that is planning and facilitating the Red Dawn invasion group. This should make your blood boil.

As they say in the infomercials, there’s more. These operations were connected to former Attorney General Eric Holder’s Fast and Furious. This also brought in factions of the radical group, La Raza. Today Eric Holder is the spokesperson for CALEXIT, which is dead in the water, politically, Please remember that CALEXIT was designed to illegally exit the USA as a protectorate of the United Nations. Please also remember, the United Nations trained the Mexican National Guard, that is helping to facilitate ISIS sending “infectons” across our southern border with highly infectious, and as of yet, unidentified fungus based illnesses. In a future article, I will detail the intimate relationships between CALEXIT and these activities at the border.

In 2016, in the lead-up to the General Election, Paul Preston, the President of the New California movement documented the influence of the cartels, the Bank of China, the Mexican Consulate, former Obama administration officials (eg Kamala Harris’ brother-in-law, who was the #3 in DOJ under Obama. These people have vowed to create as much civil disruption as possible in order to remove California from the United States. Some think that their allies perpetrated the Vegas massacre as a beta test for their future activities where they have promised dramatic action on American soil. These groups, as Preston and I have revealed are tied to the very groups that are undermining our border security.

When my DHS source said “there has to be government help on our side of the border”, he was more right than I think he realized. Through the combined research of CSS contributors, Marilyn Rupar and Alexandra Daley, and myself, we are going to tie together the connections between prominent Democrats and these cartel, Middle East terror groups  (eg Chuck Schumer, Nancy Pelosi, Democratic Presidential candidate frontrunner Kamala Harris and Diane Feinstein, et al).

As a side note, I must say admire, greatly, the work of Judicial Watch. I have obtained much of my information from following the path that Judicial Watch blazed 5 years ago when they revealed the existence of the ISIS-Cartel base camp 8 miles from El Paso. This is the site of the infecting of the Infectons that are threatening our first responders at the border. I am asking Judicial Watch to also reveal what they know along the the lines of what has been revealed here.  Based on what I have learned, I can only assume that they know what I know and probably more. Let’s hope there are future revelations along these lines.

In the next installment of this series, I will be revealing the connections between ISIS, CALEXIT, former Obama administration officials, drug cartels, La Raza, prominent politicians in the Democratic Party and much more. It is one big incestual party. When you watch the highlights of Mueller’s testimony about the Russian-Collusion-Delusion, realize that you are watching the Bolsheviks in action. They planning and carrying out an overthrow of the US government. If there is a future assassination of Donald Trump, you will have to look no further than these groups and individuals.