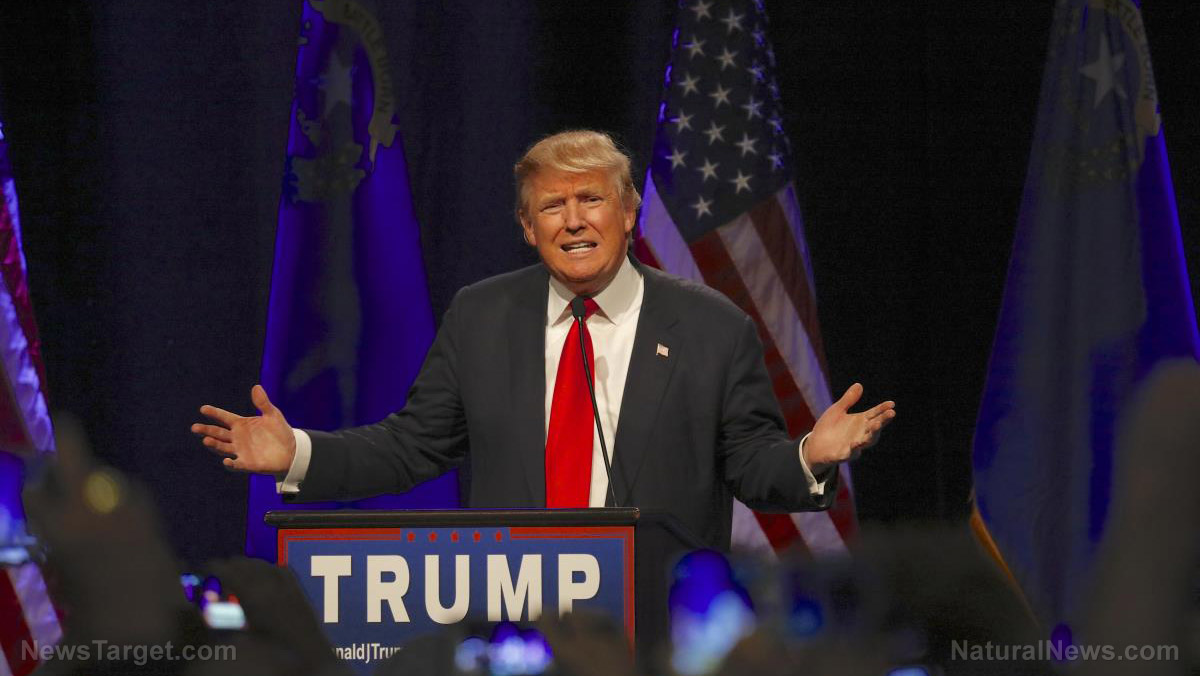 The Left is getting more and more desperate as the 2020 election approaches and POTUS Donald Trump’s popularity continues to rise – so much so that they are going full Marxist in their bid to try and defeat him.

Following a campaign event the president held in North Carolina last week in which many in the crowd shouted “Send her back!” – a reference to a group of four freshmen lawmakers who have displayed a distinct anti-American, anti-Israel bias – Igor Volsky, director of Guns Down America and vice president at the far-Left Center for American Progress has decided that Trump should not be allowed to speak at any venue.

Why? Because “racism,” of course.

As such, he’s launched a Change.org petition to pressure AEG Worldwide, owner of USBank Arena, to cancel an upcoming campaign event for the president there on August 1.

On August 1st, Donald Trump is scheduled to host a campaign rally at the U.S. Bank Arena in downtown Cincinnati, Ohio. The event will take place less than a month after Trump presided over a North Carolina crowd shouting “Send her back! Send her back!” About an American Muslim congresswoman he targeted with racist attacks.

First of all, this dweeb has it wrong; it’s President Trump.

Lastly, the president never, ever mentioned race or religion in his tweets which the mainstream media took to be aimed at Reps. Ilhan Omar, Alexandria Ocasio-Cortez, Rashida Tlaib, and Ayanna Pressley.

“Took to be aimed…?” Yes – because the president never mentioned anyone by name, either.

So this entire episode is a fabrication. Or, as conservative talker Mark Levin notes in his new book, “Unfreedom of the Press,” a “pseudo-event” – one that isn’t news and isn’t real, but manufactured as an “issue” so political opponents of POTUS can use it as the latest critique against him.

In any event, as The Daily Sheeple notes, the petition is garnering signatures – more than 5,000 at last count. And who knows – maybe it’ll reach the 7,500 signatures this little speech Nazi, Volsky, seeks.

Where does this arrogance come from?

This is today’s Left: Arrogant, smug, self-righteous, narrow-minded, insensitive, incapable of fact and truth, and authoritarian.

Really though, this is how the Left has always been, since there was a Marxist/Leninist/Communist Left. (Related: Anti-Trump director Larry Charles encouraging lunatic Leftists to buy guns so they can kill “MAGA people.”)

In countries around the world where Left-wing politicians are in charge, there is death, there is violence, there is totalitarianism, there is a lack of freedom, a lack of liberty, and a lack of opportunity.

There is a demand for conformity, for absolute adherence to speech and behavior codes that smarmy, intolerant, parochial, provincial, illiberal individuals like Volksky demand of everyone. There are no differences of opinion – not without repercussions, like denying someone venues to speak and preventing them from having interactions and discussions with their supporters.

Really, this micro-incident is a precursor to 2020. It provides insight into the choice we as Americans have to make going forward: Do we want the freedom to associate with political ideologies we agree with, to believe in what we choose, to speak freely of the things we support, and to live apart from tyranny, or do we want the Igor Volsky’s of America telling us how to think, how to live, how to act, and how to express ourselves?

If the answer isn’t the latter, then it’s clear the party now catering to the extreme Left – Democrats – cannot be put in charge.