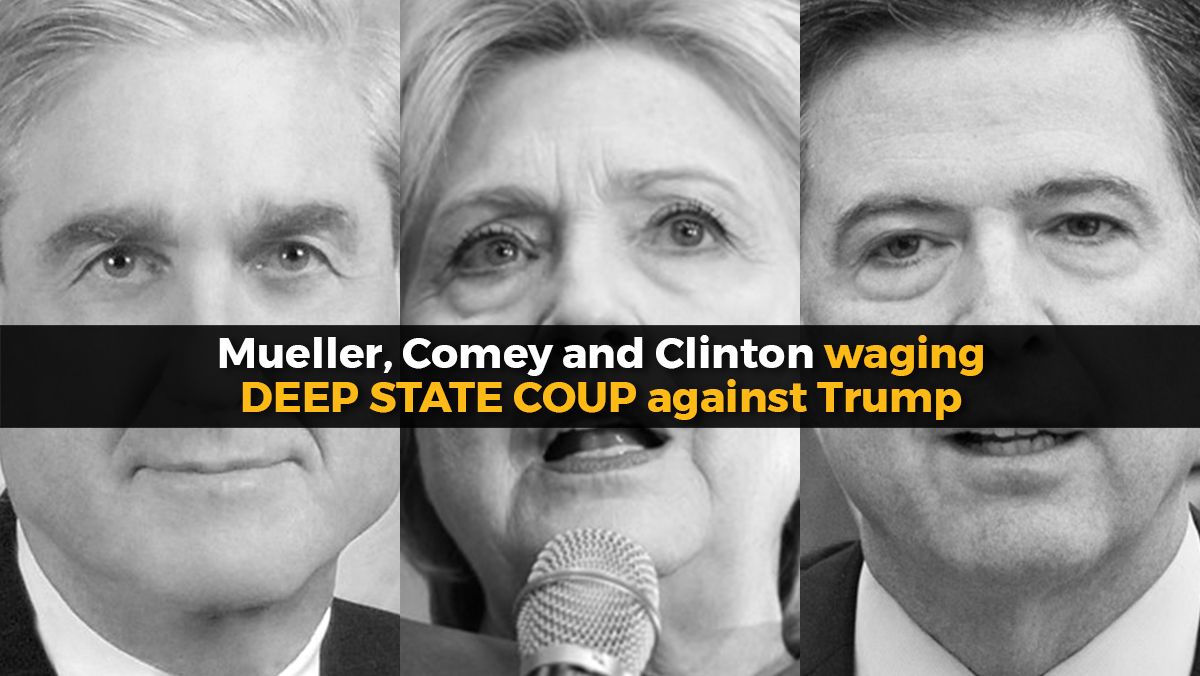 At many times during the two hearings, Mueller seemed dazed and confused about key elements of the 22-month investigation into alleged Trump-Russia collusion and obstruction of justice he supposedly led.

Sometimes, in fact, Mueller appeared to be hearing details about the investigation for the very first time, leading many – including a former federal prosecutor – to deduce that he was just a figurehead and was never really in charge of the probe. (Related: The Robert Mueller IMPLOSION: It’s time for Barr and Trump to prosecute the deep state traitors, or the American people will never regain any faith in the justice system.)

But what is really amazing is that Mueller didn’t appear to know anything about a key player in the Spygate scandal and Russian collusion hoax: Fusion GPS, the opposition research firm that commissioned the infamous “Steele Dossier” that was bought and paid for by the Clinton campaign.

As reported by Fox News:

Former Special Counsel Robert Mueller said he was “not familiar” with Fusion GPS — the firm whose opposition research included allegations of President Trump’s connections to Russia in the run-up to Mueller’s two-year investigation — during his Capitol Hill testimony on Wednesday.

House Judiciary Committee member Rep. Steve Chabot (R-Ohio) asked Mueller at one point about a section of his lengthy post-investigation report that referenced a highly scrutinized and controversial meeting at Trump Tower in New York City in June 2016 with members of the president’s campaign – including his son Don Jr. – and a Russian attorney Natalia Veselnitskaya.

“When discussing the June 2016 Trump Tower meeting, you reference ‘the firm that produced the Steele reporting.’ The name of that firm was Fusion GPS. Is that correct?” Chabot asked.

At that point, Mueller asked Chabot to give him the page number in the report where he was making the reference.

“I am not familiar with – with that, I…” Mueller stammered.

“It was. It’s not a trick question. It was Fusion GPS,” Chabot noted.

Mind you, the garbage dossier, which was filled with all kinds of salacious allegations regarding then-private citizen Trump, was the central document in the FBI’s quest for surveillance warrants via the FISA court. And while there are suspicions that the FBI knew ahead of time the dossier was bogus when they presented it as “evidence” to the court, the fact remains it was central to Spygate.

And Mueller didn’t appear to know anything much about it.

There’s more. Not only is the dossier central to this case, but there is an established link between Veselnitskaya and Glenn Simpson, Fusion GPS’s co-founder, as The National Sentinel reported in August 2018.

Three of the eight people at the Trump Tower meeting were associated with Fusion:

Mueller’s report does reference “the firm” – a reference to Fusion GPS while noting that the tower meeting “might have been a setup by individuals working with the firm that produced the Steele reporting.”

In other words, Mueller – or whoever actually wrote the report – even believed that the Trump Tower meeting was nothing, nothing – but they continued to allow the country to believe it was part of the overall “Trump-Russia collusion” hoax.

Some people are feeling sorry for Mueller after his appearance this week. They shouldn’t. This man helped perpetuate the biggest hoax and political scandal in the history of our country – one that nearly cost us a president.

He shouldn’t be pitied; he should be investigated and charged with everyone else who had a role in Spygate.