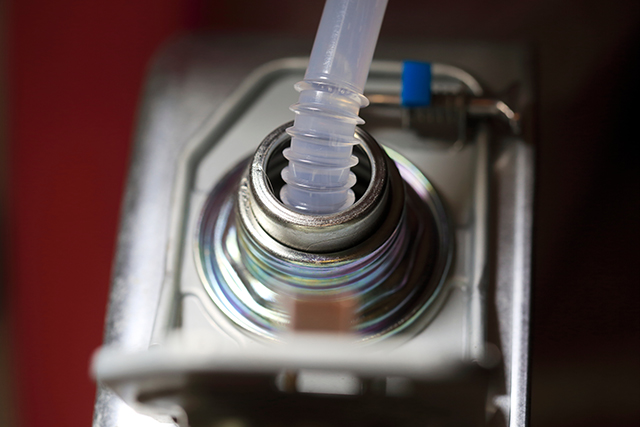 Diesel engines will burn properly-lubricated kerosene fuel. Conversely, some useful kerosene-fueled appliances will run on off-road diesel. So in case a prepper or homesteader runs out of expensive kerosene and cannot get his hands on new supplies, he can use cheaper diesel fuel as substitute.

Kerosene heaters not only burn diesel, they also run quite well on other fuels. A 23,000 BTU Kerosun brand heater, for example, generates the same amount of heat without emitting any strange smells.

Using diesel fuel in a kerosene heater reportedly shortens the lifespan of the wick. Thankfully, a wick doesn’t cost much to replace. (Side note: Stockpile spare wicks.) Also, the amount you’ll save from buying diesel instead of kerosene will more than compensate for the cost of replacement wicks in the long run.

Some kerosene stoves may also get away with burning diesel instead of their usual fuel. Tests involving a Butterfly brand 22-wick 14,000 BTU unit show that the flame retains its height and gives off the same amount of heat.

Note that the stove also produces a little more odor and a minor amount of black smoke. Being a cruder, less refined fuel, diesel burns less efficiently than kerosene.

In case a prepper or homesteader must run a kerosene stove on diesel while indoors, he must cook meals as quickly as possible to minimize the fumes. Otherwise, cooking outdoors will be the best option, especially if the food takes a long time to cook. (Related: Some uncommon ways to generate electricity for your homestead.)

Despite its purported ability to burn different fuels, the Coleman Exponent multi-fuel stove does not handle diesel too well. Not only did the model sputter nonstop during tests, but bursts of yellow fire often appeared among the blue flames.

A Coleman unit running on diesel will only be good for boiling water. Only use it for cooking food if there are no other stoves available.

When fueled with diesel instead of kerosene, the Monarch lantern maintains the same level of brightness. It also doesn’t give off any smell. However, the lantern produces more smoke than usual.

Running the Monarch on kerosene will require daily cleaning sessions. It will serve adequately if placed and used outdoors. However, avoid using the lantern in an enclosed indoor space that lacks ventilation.

Preppers who own Aladdin kerosene lamps must avoid using diesel fuel on them. Given the increased smokiness of Dietz railroad-style lanterns, an Aladdin lamp will show an even poorer performance.

Home heating oil is more or less the same as diesel. As such, it will probably work just as well when used to fuel kerosene appliances.

The advantages of running kerosene appliances on diesel fuel

Using diesel or home heating oil in kerosene-burning appliances gives several advantages to a prepper or homesteader. The benefits outweigh the drawbacks.

First, diesel costs less per gallon than kerosene, so preppers can save money and get more fuel for the same amount of cash if they switch to diesel.

Second, diesel is more widely available than kerosene. There are more stores that sell diesel and many more vehicles that run on it.

If necessary, diesel may be scrounged up from abandoned vehicles. Remember to filter water and sediment out of it first before using.

Preppers and homesteaders should continue to stockpile and use kerosene for their emergency and daily-use appliances. However, they will benefit from knowing that the diesel in their vehicle makes for a decent substitute fuel.