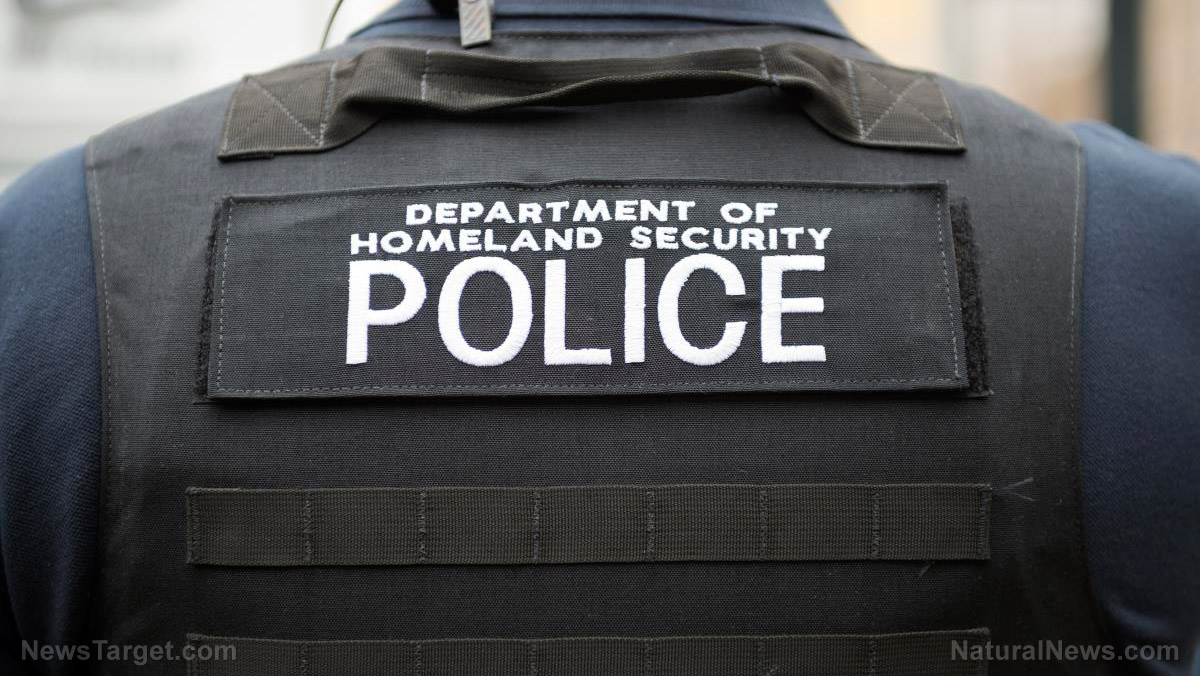 There is so much garbage news on the Internet today it literally is nearly impossible to figure out what is and is not true.

Trying to cut through the noise to find the truth has gotten even more difficult in the age of President Trump because the so-called “respectable mainstream media” has published so much demonstrably fake news about the president even they can no longer be trusted.

Department of Homeland Security is finally, officially recognizing white supremacist terror as a major national security threat in the U.S. — a threat that’s coming from the inside.

Acting DHS Secretary Kevin McAleenan on Friday unveiled the department’s new counterterrorism strategy, which for the first time places major emphasis on countering the threat of white nationalism coming from inside the U.S.

If we were fact-checkers, we’d have to rate that claim “half-true” or “misleading” because it certainly isn’t the whole story. Not even close.

So much fake news to sort through

First thing’s first. If you want to read the new 41-page DHS strategy, you can — click here. It’s a .pdf file.

Secondly, we’re not only going to expose the dishonest of Vice’s story, we’re going to help our readers out by also providing specific references from the report so you can look for yourself.

Okay, so he’s the gist of it. Last week at a conference in Washington, D.C., jointly hosted by the liberal-leaning Brookings Institute and the conservative-leaning Heritage Foundation, McAleenan introduced and then discussed the administration’s new strategy.

“Today, the United States faces an evolving threat environment, and a threat of terrorism and targeted violence within our borders that is more diverse than at any time since the 9/11 attacks,” McAleenan said. “While the threat posed by foreign terrorist organizations like the Islamic State and al-Qaeda persists, we are acutely aware of the growing threat from enemies, both foreign and domestic, who seek to incite violence in our Nation’s youth, disenfranchised, and disaffected, in order to attack their fellow citizens and fray at the seams of our diverse social fabric. This awareness, coupled with the history of recent tragedies, has galvanized the Department of Homeland Security to expand its counterterrorism mission focus beyond terrorists operating abroad, to include those radicalized to violence within our borders by violent extremists of any ideology.”

Now, the report does mention that DHS is focusing on, “in particular, the dangers of violent white supremacy extremism” (fact sheet, page 2, right-hand, blue-shaded column).

“White supremacist violent extremism, one type of racially- and ethnically-motivated violent extremism, is one of the most potent forces driving domestic terrorism. Lone attackers, as opposed to cells or organizations, generally perpetrate these kinds of attacks,” it says on page 10.

But it also says: “White supremacist violent extremists often scapegoat the Jewish people, voicing anti-Semitic conspiracy theories.” And yet we know from multiple reports and sources that much of today’s anti-Semitism in America isn’t coming from ‘white supremacists,’ it’s coming from Left-wing Democrats — yet they are not mentioned in the report.

The ‘mainstream media’ is, once again, being dishonest

Another significant motivating force behind domestic terrorism has been anti-government/anti-authority violent extremism. This ideology has been associated with multiple plots and attacks, and hostile nation-states often promote it in their disinformation efforts. In July 2019, an anarchist claiming affiliation with the “antifa” movement attempted to firebomb a U.S. Immigrations and Customs Enforcement facility in Tacoma, Washington, and threatened responding law enforcement officers with a firearm.

What’s more, we know from prior reporting that even the Obama administration considered designating antifa a domestic terror organization. Politico reported in September 2017:

Federal authorities have been warning state and local officials since early 2016 that leftist extremists known as “antifa” had become increasingly confrontational and dangerous, so much so that the Department of Homeland Security formally classified their activities as “domestic terrorist violence,” according to interviews and confidential law enforcement documents…

And, in September 2017, The National Sentinel noted that the Trump administration was taking antifa violence “very seriously.”

“I think we’re certainly constantly monitoring all violence across the country as best we can, and it’s something certainly that the Department of Homeland Security and the administration takes very seriously and is constantly looking for ways to end all violence in all forms,” then-Press Secretary Sarah Sanders said.

So this report in total has been a few years in the making. What’s more, it does not single out “white supremacism” and “white nationalism” as being the sole domestic threat to peace and stability.