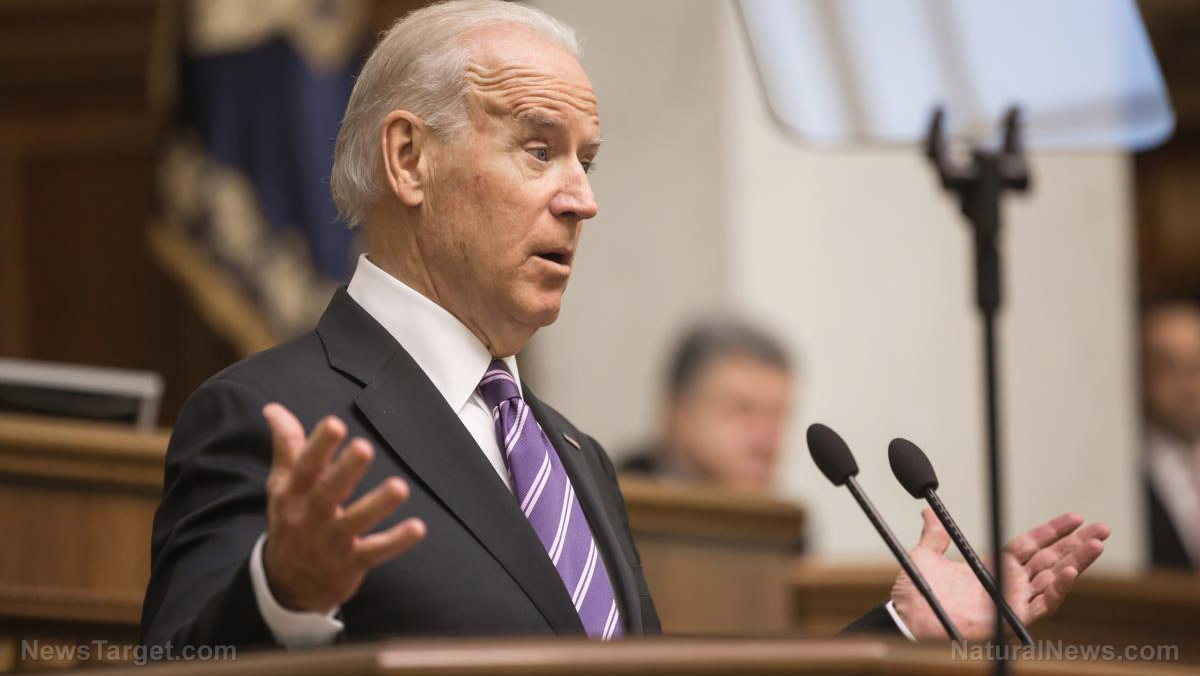 We already knew that Democrats were getting desperate as the 2020 election approaches because they don’t have any strong presidential candidates and POTUS Donald Trump’s popularity is rising.

The president has delivered on virtually everything he has promised that is within his power to deliver: A stronger economy due to better economic policies, renegotiated trade deals, border wall construction, and jobs, jobs, jobs.

He’s had to fight Democrats (and far too many Republicans) along the way but he’s always managed to come out on top despite having the entire Deep State government, intelligence, and media establishment against him.

Now he’s fighting another battle: He’s been accused of doing something so nefarious with the president of Ukraine that it warrants impeachment.

What, you ask, could it be? According to Democrats and the lying media, Trump supposedly threatened to withhold military aid from Ukraine unless that government supplied him with dirt on former VP Joe Biden, one of the Democrats’ 2020 candidates.

The problem with that accusation, however, is that it’s 100 percent false. It was Biden who, as Obama’s vice president, flew to Ukraine in 2015 and threatened to withhold $1 billion in U.S. loan guarantees if that government didn’t fire a prosecutor who was looking into corruption allegations involving a gas firm where son Hunter Biden served as a board member (for $50,000 per month).

Not only did the government of then-President Petro Poroshenko accede to Biden’s demands, the former VP actually bragged about it on video at a Council on Foreign Relations confab last year (here’s the video).

Now, however, Democrats are in panic mode because the video of Biden’s dirty deed is all over the place online. So what do they do? They concoct another fake scandal by accusing President Trump of doing exactly what Joe Biden did. (Related: BUSTED: Democrats accusing Trump of “treason” for asking Ukraine to help with Biden probe did the SAME thing to find dirt on HIM.)

Democrats are destroying our republic

Only, transcripts of the president’s questionable phone call with Ukrainian President Volodymyr Zelenskyy in July show that not only didn’t Trump issue a threat to withhold promised military aid, he didn’t repeatedly bring up Ukrainian assistance with the Biden probe as Democrats claim.

But that didn’t stop Democrats from completely making up their own version of what happened on that phone call during a hearing before the House Intelligence Committee on Thursday. It’s chairman, Adam Schiff (D-Calif.), fabricated the entirety of the president’s conversation with Zelenskyy.

In opening statements ahead of testimony by acting Director of National Intelligence Joseph Maguire, Schiff — who lied in the past by claiming he had irrefutable evidence the president “colluded” with Russia to “steal” the 2016 election (even Robert Mueller put that lie to bed) — made up his own version of events.

“What happened on the call?” Schiff said. “Zelensky begins by ingratiating himself, and he tries to enlist the support of the president. He expresses his interest in meeting the president and says his country wants to acquire more weapons to defend itself. And what is the president’s response? Well, it reads like a classic organized crime shakedown. Shorn of its rambling character and in not so many words, this is the essence of what the president communicates.”

Not a word of that is true. In fact, according to the transcript, the only thing Trump said about Biden’s son, Hunter:

Does that sound anything like how Schiff characterized the call? Of course not. Later, Schiff would tell the hearing he was just doing “parody,” but we all know he wasn’t. He was getting the lie in first because he knew the fake news media would report his words and that would be everyone’s first impression.

The Democrats are pathetic.