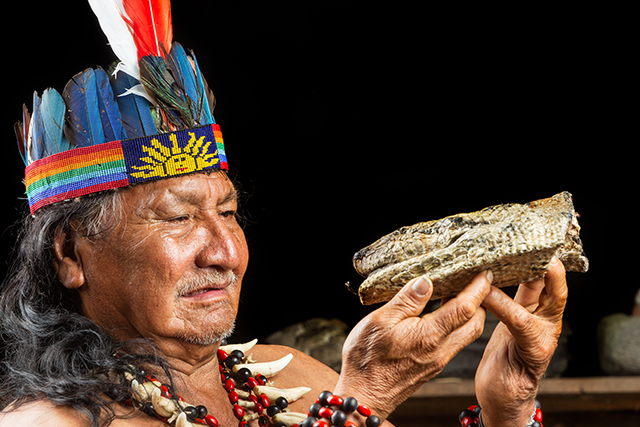 Early shamans who lived a thousand years ago used cocaine and other mind-altering substances for their rituals, according to a recent study. In their report, researchers have uncovered evidence that suggests that Native American mystics took the drug, as well as several plant-based psychotropics, to alter their consciousness.

This comes after a recent investigation of the dry rock shelters at the Sora River valley in Bolivia uncovered a ritual bundle at a grave. It contained a leather bag with snuffing tablets, a snuffing tube, and a pouch made from three fox snouts. The owner used the tablets to crush psychotropic plants into powder, which he inhaled through the tube.

“We already knew that psychotropics were important in the spiritual and religious activities of the societies of the south-central Andes, but we did not know that these people were using so many different compounds and possibly combining them together,” reported Penn State researcher Dr. Jose Capriles.

He added that the find contained the most number of psychoactive substances discovered in a single archaeological collection from South America.

Ancient ways to get high

The researchers scraped material from the inside of the fox-snout pouch. They ran the scraping through several tests to search for trace amounts of chemical compounds.

Their analyses showed that the pouch held several psychoactive compounds from at least three different plant species. They found cocaine and its main metabolite, benzoylecgonine. In addition, they identified the psychotropic substances harmine, bufotenin, and dimethyltryptamine (DMT). They also thought they detected psilocin, a chemical found in magic mushrooms.

The test results led Capriles to suspect that the owner of the fox-snout pouch was a shaman. These wise men and women knew a lot about local plants and used them as ingredients for religious rituals. In ancient cultures, shamans communicated with supernatural beings. In particular, they talked with the spirits of revered ancestors.

Capriles believed that the shaman who owned the pouch took several different plants at the same time. Each combination would trigger unique effects or make the hallucination last longer.

Just how did this shaman get all of the psychotropic plants he needed?

The presence of harmine and DMT in the fox-snout patch suggested that the shaman also consumed ayahuasca. A traditional herbal drink in South America, ayahuasca produced hallucinations and altered consciousness in its consumers. Harmine and DMT served as its main psychotropic ingredients.

“Given the presence of harmine and DMT together in the pouch we found, it is likely that this shaman ingested these simultaneously to achieve a hallucinogenic state, either through a beverage, such as ayahuasca, or through a composite snuff that contained these plants in a single mixture,” explained the University of California Berkeley researcher Melanie Miller.

Miller added that the age of the fox-snout pouch suggested that ayahuasca saw use among shamans as early as a thousand years ago. The owner of the pouch possessed an intricate understanding of botany. He also worked hard to get all of the hallucinogenic plants he needed.

The pouch held three to five different species of psychotropic plants, and none grew near the excavation site. Either the shaman trekked across the tropical jungles and Andes Mountains to get his supplies, or he got them from an extensive trading network.