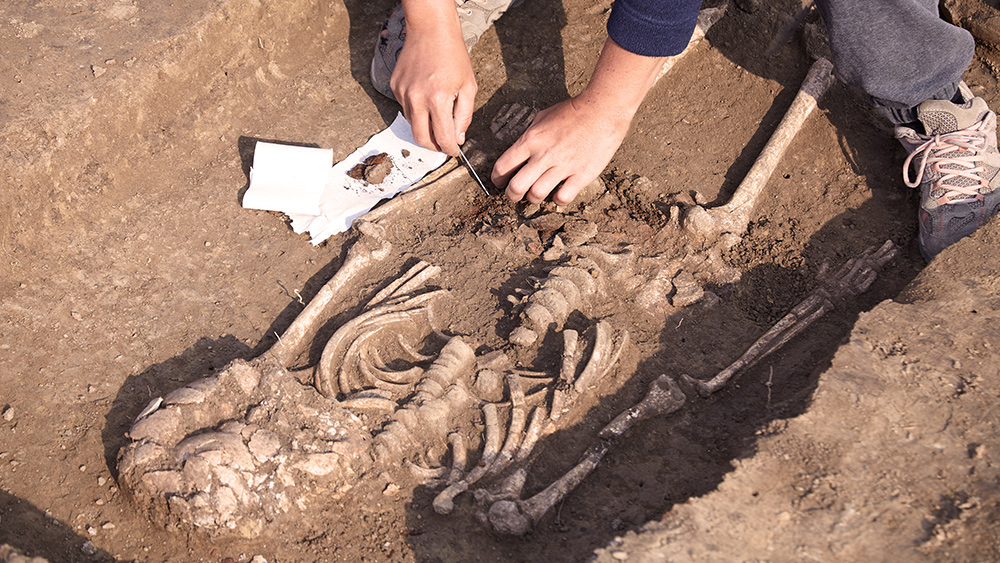 In its opening verse, the Bible makes a simple but profound claim: “In the beginning God created the heavens and the earth.” Those who challenge that claim and insist that we got here not through creation but by evolution have been claiming for decades that we descended from ape-like ancestors.

Proponents of the evolution theory were therefore delighted when a fossil thought to be a direct human ancestor was discovered inside a cave in the South African city of Johannesburg in 2008.

Their theory was recently shot out of the water, however, after a team of paleontologists from the University of Chicago determined that the probability that the Australopithecus sediba fossil is a direct ancestor of the Homo genus is “close to zero.”

The team’s findings were published in the journal Science Advances. (Related: Human evolution may have to be rewritten after scientists discover monkeys can create stone tools like humans.)

Close but no cigar

As reported by the U.K.’s Daily Mail, many of the South African fossil’s physical characteristics are similar to those of humans, including its teeth, face and pelvis. The Mail reports that, initially, scientists believed that the discovery of the Australopithecus sediba fossil would make the human species 800,000 years older than previously thought:

It’s because of that dramatic shift in timeline that researchers say A. sediba is most likely not our direct relative.

“It is definitely possible for an ancestor’s fossil to postdate a descendant’s by a large amount of time,” explained the study’s lead author Dr. Andrew Du. “We thought we would take it one step further to ask how likely it is to happen, and our models show that the probability is next to zero.”

Although another fossil discovered in Africa in 2017 confirmed that the human species is about 100,000 years older than previously understood, scientists say that, while not impossible, it is highly unlikely that a single fossil discovery would change the human timeline by as much as 800,000 years.

“We see that it’s possible for an ancestor’s fossil to postdate its descendant’s,” noted Dr. Du. “But 800,000 years is quite a long time.”

The University of Chicago scientists now claim that the fossil known as “Lucy,” discovered in 1974, and dating back to 3 million years ago, is still likely the earliest known direct ancestor of humans.

Evolutionists have a timeline dating back 55 million years which they claim proves that humans originated from primitive primates. But as this most recent research proves, the “science” proving evolution is not always sound.

The Australopithecus sediba fossil was discovered more than a decade ago. And yet the University of Chicago scientists have only just proved now that it did not belong to a direct human ancestor. At the time of the discovery back in 2008, scientists declared the fossil “a bona fide transitional species.”

One wonders whether the scientists would happily have added Australopithecus sediba to their “scientific” timeline and kept it there forever if their claims had not been challenged by the UChicago scientists. (Related: Huge contradictions in ‘scientific’ thinking revealed — Theory of evolution in no way explains origins of life.)

It also makes you wonder how many other so-called primitive ancestors of humans have been added to that timeline that shouldn’t be there. Discover more examples of fake science at JunkScienceWatch.com.