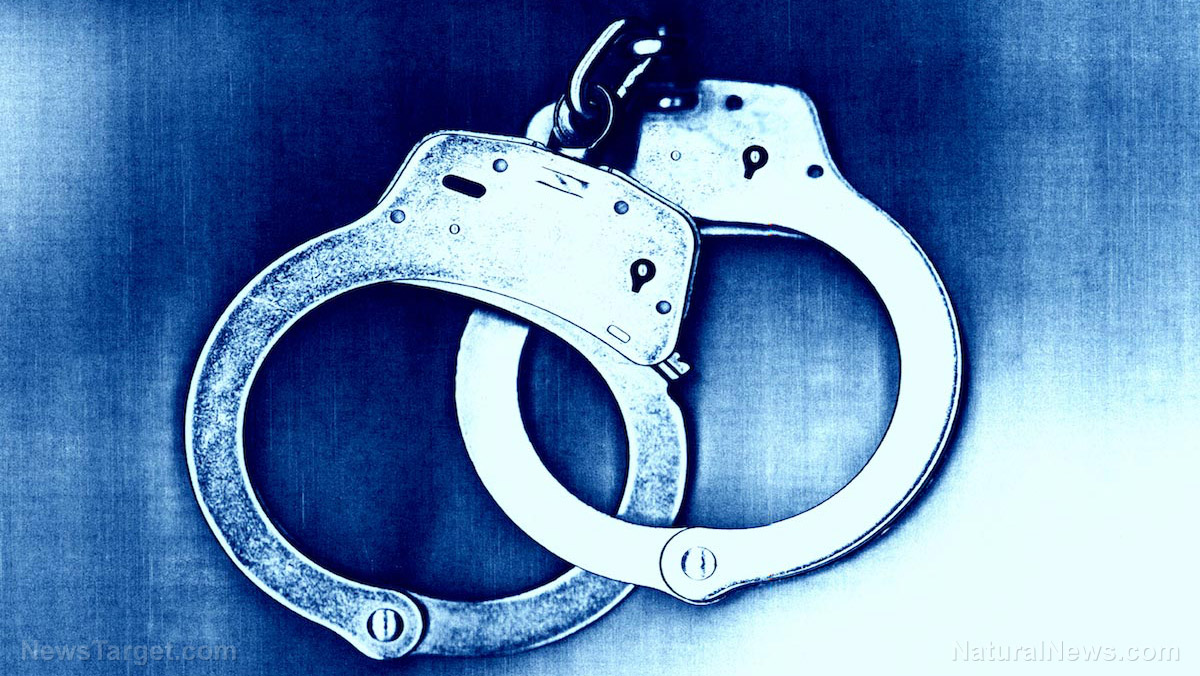 There once was a time when being an American meant having the God-given right to life, liberty, and the pursuit of happiness, without having to fear retribution from a tyrannical government – but that is no longer the case.

Virtually every aspect of American life, we are sad to report, has been infiltrated and co-opted by “deep state” operatives who have all but completely rigged the system in their favor. These criminal cartels traditionally act in secrecy – though, lately, their machinations have been in plain view – to screw the little guy, exchanging our freedoms and liberties for their oppression and control.

There are many examples of this from just the past several years, including the 2016 presidential election. Donald Trump hadn’t even been elected yet, and the deep state was already up to no good in lobbing false accusations about “Russian collusion” in an attempt to unseat the guy before he even took office.

We all know what’s been happening in the years since, as Democrats engage in what’s known as a coup, for those who are familiar with history. Mucking up the headlines with false accusations against Trump remains the modus operandi of the Democrat Party, which is attempting every trick in the book to remove Trump from office and replace him with someone more to their liking, such as Hillary Clinton.

The Democrats similarly rigged the 2018 midterm elections, exploiting Big Tech companies like Facebook and YouTube to censor all content that leaned conservative or in any way supported our Commander-in-Chief, or those he endorsed for open political seats across the country.

Big Tech has only continued to ramp up its censorship efforts in anticipation of the upcoming 2020 presidential election, with YouTube in particular announcing plans to delete all user accounts that it deems to be not “commercially viable” beginning on December 10 of this year.

The current impeachment scam is another living example of this deep state coup against our president, which is being so ramped up that there appears to have been a recent assassination attempt against him.

Reports indicate that the president actually had to be rushed to the Walter Reed Army Medical Center for a “battery of tests” after it was detected that he may have been exposed to some kind of “chemical agent” that may have been laced into his food. Trump’s “food tester” was the first to fall ill, prompting Trump to be rushed into the hospital for a full analysis.

For more related news about the deep state coup against our president and our republic, be sure to check out DeepState.news.

Americans: Your country is being stolen from you right before your very eyes

As disturbing as this might be, it’s only the tip of the iceberg. The mainstream media is similarly rigged against truth, as is nearly every Silicon Valley tech service from which tens of millions of Americans get their daily “news.”

Our criminal justice system is also a total sham that now vindicates criminals while punishing the innocent. The rigged Roger Stone trial is a prominent example of this currently, proving once again that deep state operatives are deliberately breaking the system by turning the idea of justice completely on its head.

And let’s not forget the fact that millions of regular Americans fall victim to this criminal injustice system on a daily basis. Besides the unconstitutional “war on drugs,” which is little more than a Big Pharma scam to fill vacant jail cells at for-profit private prisons, law enforcement also uses fake science as an excuse to prosecute innocent people for crimes they never actually committed.

The medical system is also a joke, as it’s been rigged by the US Food and Drug Administration (FDA) to favor patented drugs at the expense of herbal remedies, many of which remain Schedule I “substances” that are “illegal” for Americans to use or possess.

Our money system is also a farce, as it’s backed by nothing more than an illusion of value. The Federal Reserve, a private central banking cartel, prints fake, fiat “funny” money at whim while charging Americans interest to use it.

Biology is another thing that’s been rigged by the Cult of LGBTQP, which says there’s no longer such a thing as gender or sex. To these pseudoscience extremists, biological facts are actually “social constructs” invented by “bigots” who seek to “discriminate” against people who identify as something other than male or female.

Our elections are also rigged, not just with vote tampering but also by the influx of illegal aliens who, at least in some states, are now being encouraged to vote. It’s also prohibited in many areas for poll workers to ask for identification, which means that any random person off the street now has “permission” to vote – and they usually vote for the “free” handouts promised by Democrats.

There’s a deep state operative hiding under every rock, in other words, which means the American people are under relentless attack by enemies that are domestic, rather than foreign. And we wonder: Where are the patriots who are brave enough to stand up to them and put a stop to all the madness?