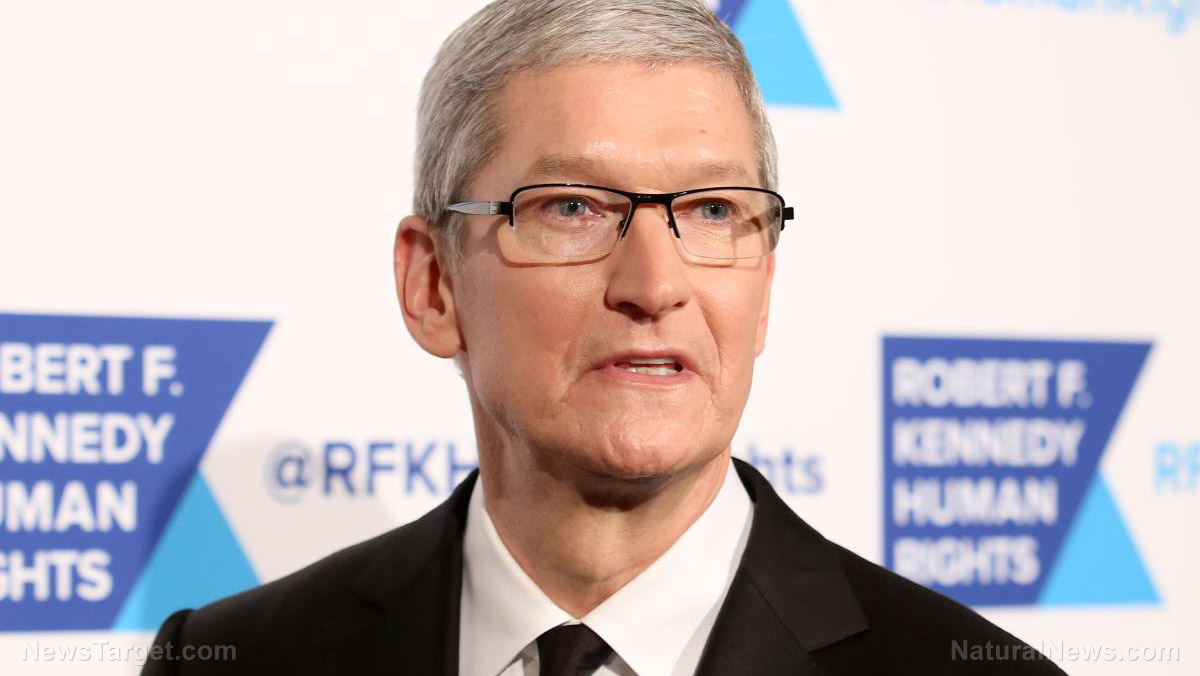 Almost nobody has enrolled in Apple’s “Apple News+” subscription service, new reports hilariously indicate. And the most obvious reason for this is that, generally speaking, people are completely fed up with all of the fake news being propagated by the likes of Tim Cook and the rest of the deep state tech cabal.

While Apple Music, which was unveiled about four years ago, right now boasts some 60 million subscribers, Apple News+ currently has a mere 200,000 subscribers – and most of these subscribers signed up during the first 48 hours after the service was officially launched back in March.

In the roughly nine months since these initial 200,000 subscribers first signed up for Apple News+, in other words, there has literally been almost zero additional growth in terms of Apple News+ subscriptions, which is a major embarrassment for Apple.

Apple is reportedly now scheming new ways to try to lure people to sign up for Apple News+, including by bundling it with Apple TV+ and Apple Music. But the consensus seems to be clear: Almost nobody is interested in forking over their hard-earned cash for access to fake news from Apple News+.

As you may recall, Apple went on a promotional blitz during the official launch of Apple News+, claiming that potential customers would be able to access more than 300 “top publications” for just $9.99 per month. But it obviously didn’t work because, since the time of that 48-hour mass subscription window, the number of Apple News+ subscribers “hasn’t increased materially from its first couple days,” CNBC reveals.

“Subscriber growth for Apple News+ has disappointed several publishers who thought the product would bring in more revenue,” CNBC further claims, citing testimony from insiders who wished to remain anonymous.

For more related news about the failure of fake news outlets like Apple News+, be sure to check out Faked.news.

It’s one thing to have to deal with the endless stream of fake news as it’s being forcibly thrown in all of our faces on a daily basis. But to have to pay for this fake news? Get out of here!

What’s worse is that Apple reportedly takes a full 50 percent of the revenues from every Apple News+ subscriber, meaning the fake news outlets that are included as part of the Apple News+ service – these include People, Vanity Fair, Vox, New York Magazine, and many others – aren’t making near the amounts of revenue they were promised.

One publisher reportedly told CNBC that his company only receives in the ballpark of between $20,000 and $30,000 per month from Apple News+, a number “far lower than it had initially expected.”

So once again we’re witnessing Apple rape both its customers and the corporations it’s partnered with as the company lines its pockets with ill-gotten gain – all while censoring free speech and promoting tech fascism.

“The quality of journalism has declined so much in recent years that I’m not going to pay for stories that push celebrity rubbish, or that constantly tell me I’m evil because I’m a white male,” wrote one Apple Insider commenter in opposition to Apple News+.

“That seems to be the flavor of media in general these days, trying to cause outrage to get clicks. I don’t think it’s a good thing in general, but I get it in the free media space as it’s a tactic that works to help with advertising, however I’m not going to pay you for that crap.”