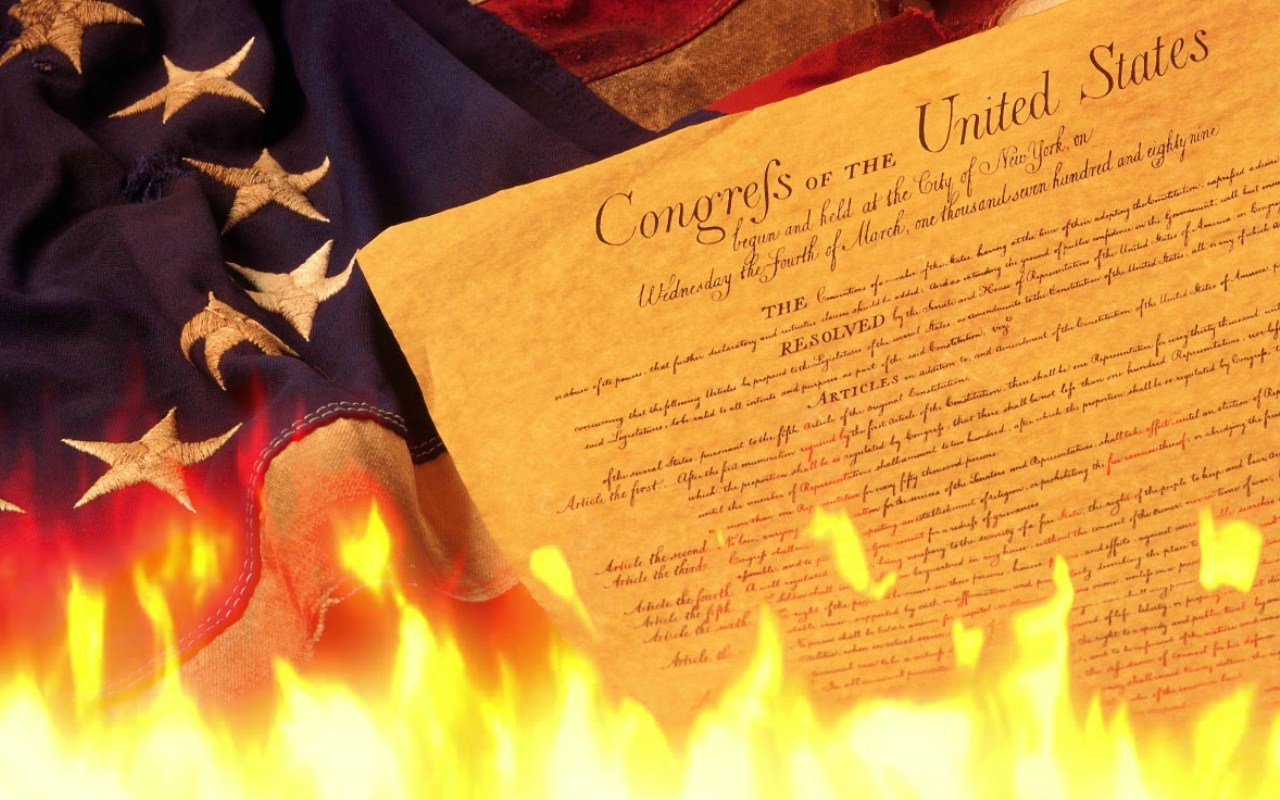 When supporters of President Donald Trump, as well as the president himself, talk about how removing him from office on bogus charges could actually trigger another civil war in America, they are pilloried by the darlings of the “mainstream media” and Democrats as tinfoil-hat-wearing conspiracy nuts.

But when Democrats say something similar, their word are treated as sage, somber warnings.

As our readers are aware, the new Democrat majority in Virginia is about to embark on enacting a series of gun control measures that could include outright confiscation of arms that have been declared “illegal” though they were legally purchased and are now legally owned.

In response to these threats, conservatives from around the state have begun a movement to create as many “Second Amendment” sanctuaries as possible: Jurisdictions within the state where officials say they will either refuse to enforce such unconstitutional laws or will refuse to assist state authorities in enforcing them.

It’s the same principle Left-wing Democrats use in hundreds of jurisdictions around the country when it comes to shielding illegal aliens from deportation. So-called “sanctuary cities” have adopted policies forbidding their police agencies from assisting federal agents charged with finding and deporting people in the country illegally.

But when conservatives use a similar tactic, Democrats lose their minds. (Related: 70 percent of Americans believe our country is “on the edge of civil war,” according to poll.)

As reported by Ammoland, a Virginia Democrat state delegate has asked Attorney General Mark Herring, also a Democrat, to issue a formal opinion on Second Amendment sanctuaries popping up around the state.

Only Democrats can break and ignore laws and the Constitution, you see

The delegate, Jay Jones of Norfolk, said the opinion is needed to avoid ‘confusion’ over an issue that has “become a flashpoint across our state.”

A flashpoint — as in, civil war.

“The bills passed by the General Assembly and signed into law by the governor are binding for our entire Commonwealth and its citizens,” Jones whined in his letter. “The legal precedent we would set by allowing communities to selectively ignore those laws at will is alarming and indicative of the same mindset that nearly one hundred and fifty years ago led this country to dissolve into a civil war.”

Uh, Jones, who is black, should know better than that. In fact, before our first Civil War, the U.S. Supreme Court had ruled that blacks were ‘property’ and thus subject to citizens’ property rights claims. That’s the highest court in the land that was wrong at the time, but it was the law of the land.

And yet, more than half the country didn’t agree (that would be the North); so, were those Americans wrong to fight the tyranny of the high court’s decision?

Of course not. And Virginians today would not be wrong to fight against the tyranny of gun control laws that include actual confiscation.

But of course, Jones’ plea to the state attorney general is about more than just getting a ‘legal opinion.’ He’s trying to establish that constitutionalists and conservatives are potential domestic terrorists who would openly defy ‘the law’ in order to pursue ‘their own agenda.’

What hubris, this Jones has. What arrogance.

The fact is, Americans may someday again face off against each other on city streets and across fields of battle, which would truly be a sad day for our country.

But it’ll be due to the tyranny of the Left, not the noncompliance of the Right.