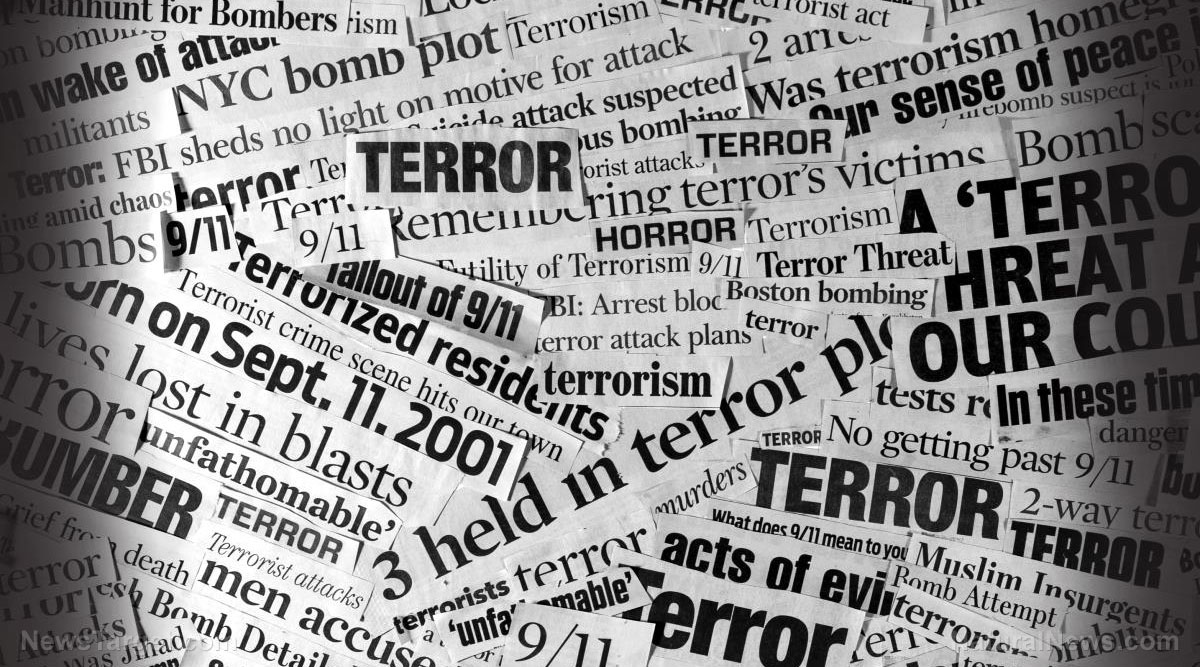 In a recent post, Mario Murillo rightly noted that after the United States Army liberated the German concentration camps, General Eisenhower viewed the incomprehensible horror. His reaction was to make every soldier in the area come and see it for themselves. When he was asked why he had subjected these men to such savagery and why he forced them to view images which they could never wash from their minds, he said this, “We are told that the American soldier does not know what he was fighting for. Now, at least he will know what he is fighting against.”

While we are concerned with terrorism, and rightly so, there is a greater threat from within. We are witnessing the rapid deterioration of a nation before our eyes. We have become one nation “above” God, rather than under God.

Roy Moore hits this head on when he wrote, “While truth and law were founded on the God of all creation, man now, through law, denies the truth and calls it ‘separation’. No longer does man see a need for God when he’s in full control, for the only truth self-evident is in the latest poll. But with man as his own master, we fail to count the cost, our precious freedoms vanish and our liberty is lost. Children are told they can’t pray in school and they teach them evolution, when will they see the fear of God is the only true solution?”

Although fictitious, the following imaginary headlines that I released a few years ago may be more fact than fiction if America continues to ignore the warning signs and puts the wrong people in office. For this reason, I am re-releasing them:

Mandatory Euthanasia Bill – Washington, D.C.—What many call genocide, Congress calls necessary to curtail rising health care costs. In the hope of reclaiming financial stability, many legislators plan to sign a mandatory euthanasia bill. In defense of the bill, some state representatives claim that abortion has helped to offset rising health care costs. This new legislation will include those with terminal or chronic illnesses—life will be terminated when rehabilitation is uncertain and/or when lingering illnesses threaten the economy. Those with criminal records, the elderly and unwanted infants are also being considered. The bill is expected to take effect late next year.

Congress Lowers Age of Sexual Consent – Washington, D.C..—Congress will vote later this year to lower the age of sexual consent to 12. Members have agreed to consider new research indicating that sex between children and adults may be beneficial. Although this new research appears problematic and has been described as biased, it may have prompted a trend in the lower courts to assign convicted pedophiles lesser penalties such as community service or rehabilitation for committing lewd acts with children. This movement may explain why many judges now offer rehabilitation rather than imprisonment. Even though research confirms that punishment reduces crime, many appear eager to facilitate this new trend.

Same-Sex Marriage Exceeds Traditional Marriage – Washington, D.C.—Same-sex marriage now exceeds traditional marriage in some states. As a result, words such as “mom” and “dad” are being changed to “partner 1” and “partner 2.” Congress, however, is concerned that decreased birth rates will affect the nation’s economy. In response, partners will be required to explore creative procreation options. Additionally, traditional families will be limited to two children. If couples fail to comply, infanticide will be considered.

Zero Tolerance for Christians – Washington, D.C.—Homeland Security reports that Christianity is now under control. A recent poll indicates that fewer than 2% of the population report adhering to Christian beliefs and biblical absolutes. This decrease is attributed to a successful “zero tolerance” policy, which includes hate-speech legislation, outlawing use of the Bible, incarceration for Christians, heavy taxation on evangelical churches and media scrutiny of anyone associated with the Christian faith. Additionally, many biblical terms dealing with marriage, sexual orientation and family values are now identified as hate speech and cannot be used in public.

Again, although fictitious, these imaginary headlines may be more fact than fiction if America continues to ignore the warning signs.

Don’t lose hope. An exciting resurgence is happening in our nation.2 Chronicles 7:14 reminds us that “If My people, who are called by My name, will humble themselves and pray, and seek My face and turn from their wicked ways, then I will hear from heaven, and will forgive their sin and will heal their land.

God’s call is not to Hollywood, Washington, or the media, but to us. If “My people” turn back to God, He will heal and restore. Start a prayer meeting, begin a fast, limit media and begin spending time in God’s Word. The silent majority needs to wake from their spiritual slumber. Many churches have a form of “microwave” Christianity: Service times last just over an hour, prayer is glanced over and worship is designed to entertain the masses. Many pastors avoid offending their audience and seek to be motivational rather than convicting. If we truly want to see revival, the face of the present-day church needs to change. Check out this brief sermon clip, The Danger of Microwave Christianity.

Remember when the church sought God in an upper room for days until fire fell? Remember when we were not in a hurry, and extended worship services drove us to our knees? Remember when seeking God through prayer grew the church? We must return to the prayer closet … to the heartbeat of revival.

There are times to encourage, motivate and uplift, but there are also times to confront, challenge and contend for what is right—that time is now. Let it not be said of us today: “And after them grew up a generation who did not know the Lord” (Judg. 2:10b).