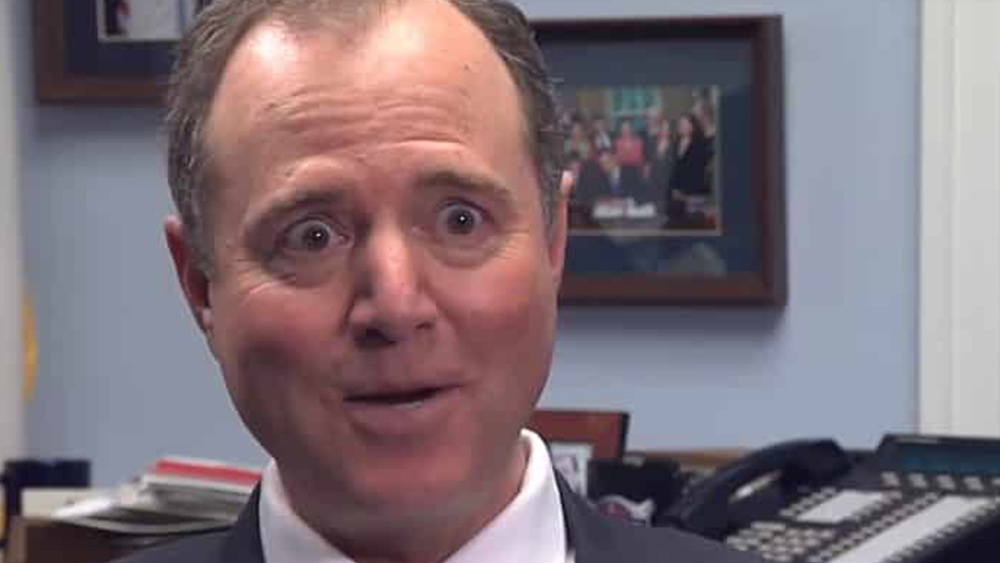 The man in the center of the impeachment storm is the same man that lied during the Russian collusion hoax. He is one of the few progressive socialists that can not let go and still considers that hoax to be real. His name is Adam Schiff.

Schiff has many connections to Soros

Trained at Harvard, he was elected to the California State Senate in 1996. In 1997 he received the Henry Toll Fellowship for “leadership development,” which was awarded through the Council of State Governments, an award financed by Nazi Collaborator George Soros and his Open Society Foundation. It appears that Soros saw something in Schiff that he felt could be used to further his agenda to destroy the United States.

In 2000 Schiff was elected to the district in the San Gabriel Valley east of Los Angeles, with the assistance of MoveOn.org. Schiff once again was funded to the tune of 100,000 through the Soros funded MoveOn.org. His discussions and connection to Soros will be discussed further.

One of the notable accomplishments in 2013 was discussing with Barack Obama to award the Presidential Medal of Freedom to the deceased Fred Ross Sr., who had mentored Dolores Huerta of the Democratic Socialists of America. Also, during 2013, Schiff had shown that he supports groups like the Hamas linked Council on America Islamic Foundation when he thanked them for all the good works they had done in our nation.

In 2015, Schiff was a co-sponsor of House Resolution 569 under the title “Condemning Violence, Bigotry, and Hateful Rhetoric Towards Muslims in the United States”. The resolution was founded on unsourced and non-supported lies his Muslim masters fed to him regularly. This work of fiction denounced the targeting of Muslim women who wore hijabs. Further studies have shown that there is little to no evidence that this resolution was needed.

In 2019, Schiff was the speaker at a forum moderated by Salam Al-Marayati and sponsored by the Muslim Public Affairs Council. MPAC has stated in the past that Hezbollah must be viewed as a liberation movement. In order to advance his career, Schiff elbowed his way through the progressive socialist ranks to become the lead spokesman on the Russian Collusion hoax. In 2017, while speaking with Chuck Todd, a partisan hack on MSNBC, he stated that he had more than circumstantial evidence that Trump colluded with Russia. When asked what the evidence was, Schiff replied

“I don’t want to go into specifics, but I will say that there is evidence that is not circumstantial and is very much worthy of investigation, so that is what we ought to do.”

From that point on, Schiff had made himself the lead in the Russian collusion hoax and appeared regularly on leftists media and telling everyone who would listen that the evidence against President Trump was overwhelming.

Adam Schiff also claimed that the collusion hoax was more significant than Watergate, a talking point that all the progressive socialists that are his followers picked up and bleated all over the airwaves. Schiff went further, implicating that the President was part of a “cover-up,” a well-used platitude that has been targeted at every Republican President since Nixon. Even today, it is part of the impeachment sham.

It all fell apart when in April 2019, the Special Counsel Robert Mueller released the report that showed no collusion and showed that all of Adam Schiff’s claim about Trump being guilty with incontrovertible proof were nothing more than lies. Never once has Schiff made an apology to the American people, much less the President for his lies and innuendo. He put this court through two and a half years of discord and strife for the lies he told to damage the Presidency and conservative party.

Adam Schiff and George Soros had an ongoing relationship that has not ended. In May of 2017, Adam Schiff spoke at a meeting organized by the Center for America Progress; another Soros funded far-left think tank. The meeting discussed the need for progressive socialists to come together in its resistance to the President. There was to be no compromise with who they thought was not a rightful President. On November 16, 2018, Schiff also met with the Democracy Alliance, a group of wealthy Democrats founded and funded once again by George Soros. The millionaires and billionaires have only one agenda. That agenda is the destruction of our sitting President and the crippling of the laws and regulations that are the foundation of the republic.

In October 2018, Schiff appeared on CNN’s “State of the Union” with Jake Tapper to discuss the synagogue in Pittsburgh and claimed that most of the criticism of George Soros was anti-Semitic. The fact that he was a Nazi collaborator during the Second World War believes in a global government, and the collapse of the United States somehow does not concern Schiff.

Read more at: AllNewsPipeline.com and Treason.news.