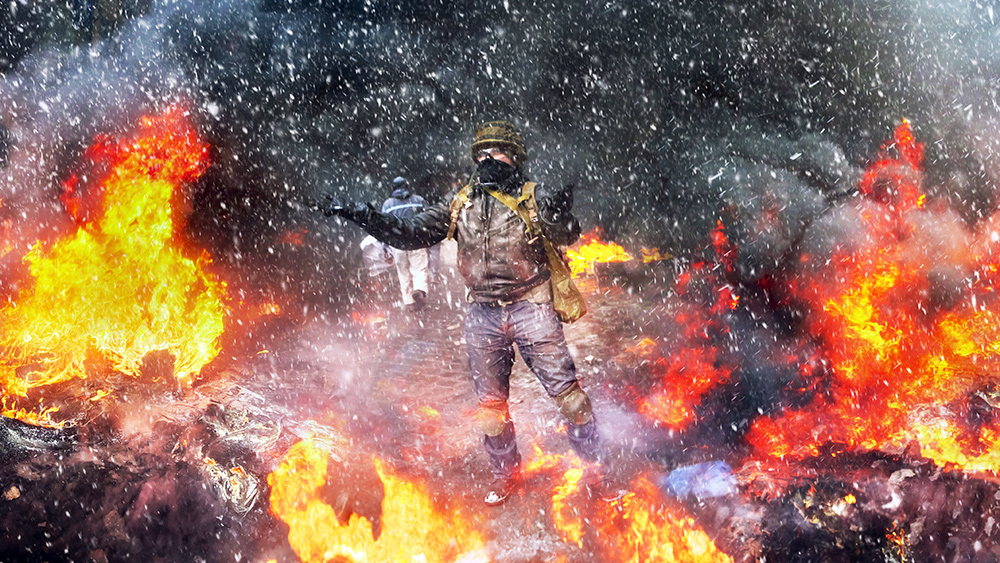 You may recall that, in early June, a large group of spoiled brats and would-be Che Guevaras took over several city blocks in Seattle, an area of the city that included the police department’s East Precinct building.

The “CHOP zone,” as it was called was supposed to become an area where residents enjoyed a “summer of love,” according to Seattle’s lunatic mayor, Jenny Durkan.

She eventually had to ‘walk back’ that comment when, after just a few short weeks, the CHOP became a den of crime and murder, as shootings spiked in a police-free environment.

Seattle Mayor says, about the anarchists takeover of her city, “it is a Summer of Love”. These Liberal Dems don’t have a clue. The terrorists burn and pillage our cities, and they think it is just wonderful, even the death. Must end this Seattle takeover now!

“I clearly said that in jest, it probably was not the smart thing to do,” Durkan said.

Yeah, right. If President Trump doesn’t get to (correctly) claim he was joking when he ‘asked Russia to find Hillary’s emails,’ Durkan doesn’t get by with this.

In any event, that wasn’t the last patently false and ridiculous thing she has said this summer (of love).

In an interview with the partisan hack Erin Burnett at CNN this week, Durkan laid the blame at Trump’s feet for weeks of lawlessness and rioting in her city that culminated with mass destruction of private property and wounding of scores of Seattle police officers during ‘protests’ July 26.

She said the president’s actions to bring order to Portland’s federal property that is under siege and attack “were responsible for what happened” in Seattle, adding conspiratorially,“We are seeing the dry run for martial law.”

What the…? A former federal prosecutor should know better, but when you’ve sold your soul to Marxism, insanity and irresponsibility go hand-in-hand.

“We don’t need the help that the president’s offering, and, in fact, I think the president’s actions have directly escalated and were responsible for what happened this weekend,” Durkan said in rejecting the White House’s offer of federal assistance since she seems incapable of quelling the unrest and violence.

“Many people who were interviewed by media said they came to the protest because of what’s happening in Portland. The protest itself was billed as something in solidarity with Portland. And so, we are — today, I requested the Department of Homeland Security — since there was no actions directed against the federal properties here — to ask them to remove the standby team that they have,” she continued. (Related: “I need to buy a firearm”: Seattle radio host who mocked Trump has apartment building ransacked by rioters.)

By the way, destroying private property, looting businesses, spraying graffiti, and starting fires is not ‘peaceful’ or ‘protesting.’ It’s lawlessness and, since there is a political element to the violence, a strong case can be made that said actions are domestic terrorism.

Burnett, to her credit, responded, “Let me ask you, mayor, because some of these images, they’re ugly. I mean, a Starbucks destroyed in the protests, a construction site for a juvenile detention facility set on fire, Seattle police say officers were burned when protesters threw explosive devices at them, and look, a lot of what’s happening here, this is not peaceful. This is just violent and destructive, and the president says he thinks mayors like you are refusing his help and those standby forces because he’s the one offering it. Does he have a point?”

“No. Again, the president’s actions clearly have escalated things in Seattle, and across the country,” she continued.

“I was just talking to a number of mayors throughout the country who saw a similar thing that — people wanting to act out against the president and his administration coming to the streets. I believe, if you look at what happened yesterday and Sunday, again, it was peaceful. We had a number of peaceful protests,” she said.

“I hate to say it, Erin, but I really believe that we are seeing the dry run for martial law. This is a president that is using law enforcement and federal forces for political purposes, and that should be chilling to every American.”

Does this look ‘peaceful’ to you?

Here’s the fire rioters set in Seattle during this past weekend’s riot while Padma lounged in her secure, multi-million dollar home. https://t.co/eGZh90NgHK pic.twitter.com/HALLoRoJkb

Lincoln Project leaves out that these are police officers (nothing to do with @realDonaldTrump) and that they were dispersing a riot after the group burned down 5 construction trailers, destroyed a Starbucks, and ignited a munition against a police precinct. https://t.co/RvnOHQSKls

The peaceful protesters destroyed a Starbucks and a fire was supposedly set. It’s attached to an apartment complex. pic.twitter.com/TOHf7tQNsq