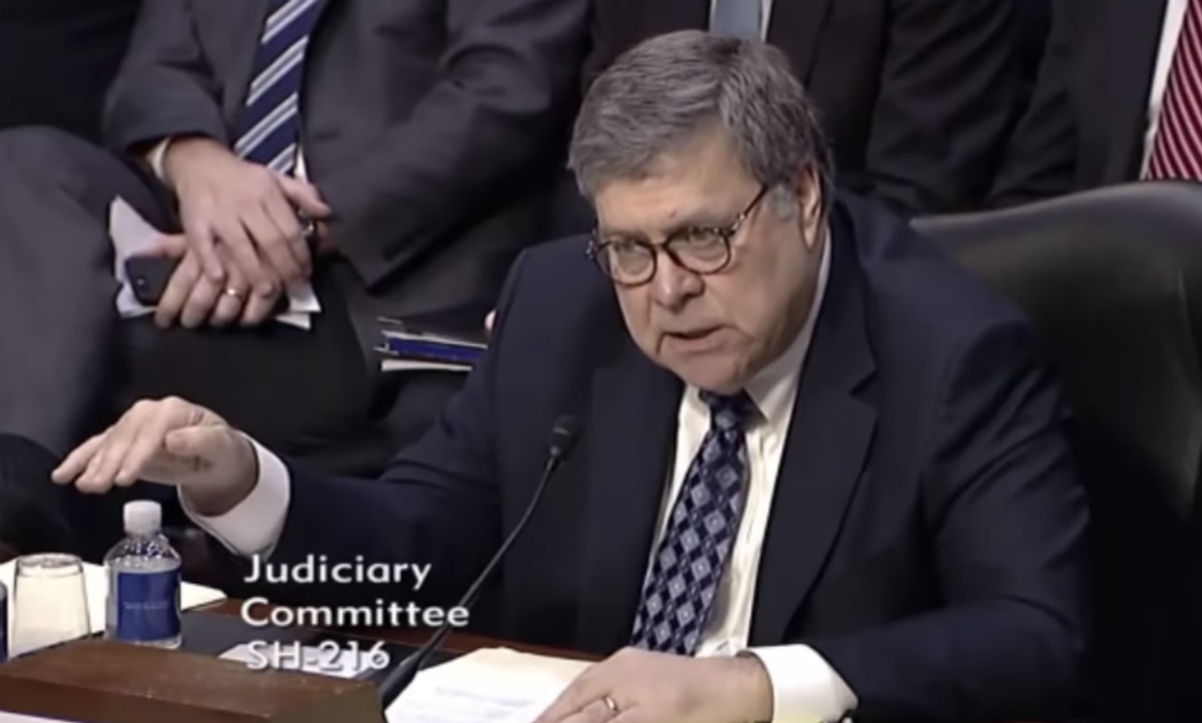 U.S. Attorney General William Barr is smarter than every Democrat on Capitol Hill, and he proved it again last week during what can only be described as a clown show disguised as ‘hearings.’

Because in reality, Democrats didn’t want to ‘hear’ anything from him, as evidenced by their continued interruptions every time he attempted to answer their questions.

The Democrats frequently interrupted Barr’s responses to their questions and accusations, as Republicans yielded some of their own time to allow the attorney general to respond. Barr raised his voice on a few occasions to attempt to get a word in, but remained composed and calm as Democrats lobbed insults and what appeared to be poorly substantiated insinuations.

The political theater was Barr’s first appearance before the House panel since President Donald Trump appointed him to his second stint as AG (the first one was from 1991-1993 during President George H. W. Bush’s only term), and the Democrats on the panel weren’t going to waste the ‘opportunity’ to trash him, the president, and the president’s policies (which, so far as we know, do not include using the Justice Department and the FBI and the intelligence services as political weapons against the Joe Biden campaign).

“In the hands of President Trump, a Department of Justice that adopts a dangerously expansive view of executive power and demonstrates a willingness to shield him from accountability represents a direct threat to the country,” he said without evidence.

During his opening statement, Barr dedicated roughly half of his time to the incident involving George Floyd, who died after being pinned to the pavement by a Minneapolis cop’s knee for nearly nine minutes, all the time pleading for air.

“The threat to black lives posed by crime on the streets is massively greater than any threat posed by police misconduct,” Barr said. “The leading cause of death for young black males is homicide. Every year, approximately 7,500 black Americans are victims of homicide, and the vast majority of them—around 90 percent—are killed by other blacks, mainly by gunfire. Each of those lives matter.”

So much truth. And it’s not even recent truth; the Justice Department has known this for years.

In 2007 a special report, “Black Victims of Violent Crime,” by Dr. Erika Harrell, Ph.D., a Bureau of Justice Statistics statistician, noted that, between 2001-2005, “males were more vulnerable to violent victimization than black females,” while “blacks were generally more likely than older blacks to be victims of violence.”

“Blacks were killed with a firearm in about 77% of homicides against them,” she found.

But we’re not supposed to point out to the BLM hypocrites all of this ‘black on black’ crime. We’re not supposed to ask, ‘how come those lives don’t matter’ — because those deaths don’t advance the political narrative (lie) on the Left that police killed lots of black men and for no good reason. (Related: Everyone “self identify” as Black and we all get reparations!)

Black leaders and those in the BLM movement have often said, ‘it’s time we had an honest conversation about what’s really going on.’

Agreed. But they don’t mean that.

What they really want is for the country to just accept the ‘systemic racism’ lie so that we’ll bend a knee and agree to all kinds of policies favorable to blacks, at the expense of everyone else’s liberties.