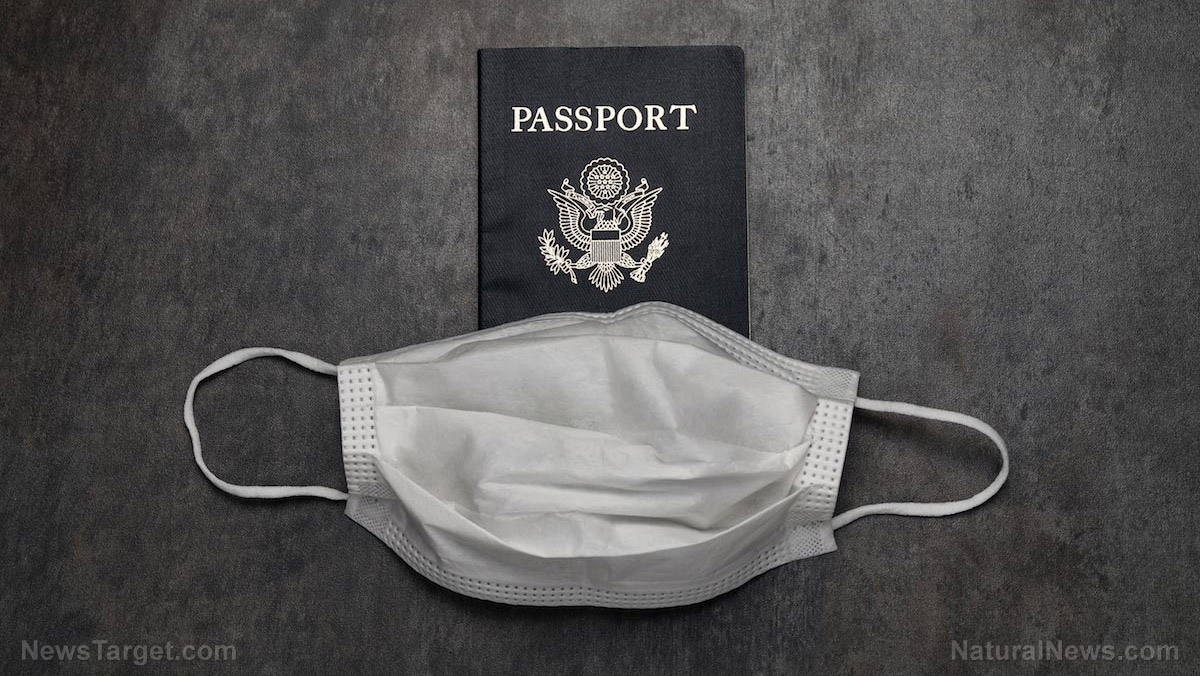 So far, upwards of 60 million Americans have already taken the leap and been vaccinated with the Covid-19 series of dirty, synthetic DNA jabs that contain experimental and deadly mRNA. The US government is working overtime to vaccinate a high percentage of the population to add to the health chaos that’s coming with the financial/economic tsunami. The mission is urgent, as more and more natural health enthusiasts are spreading the word about dirty vaccines that contain genetically mutated organisms that are now programmed to create foreign proteins in your body. Now, by creating mandatory “vaccine passports,” millions of Americans who would never take the dangerous vaccines will now have to consider them, if they want to travel outside the United States, or even travel from state to state, for that matter.

The infamous Dr. Fraudulent Fauci is “all in” for vaccine passports, as well as his insidious cohort, the one and only Bill “Hell’s” Gates. Together with Big Pharma, they’re injecting about 2 million Americans per day, as current figures show, setting up for the mass extinction event, where all those vaccinated suddenly experience immune system failure at the flip of a switch. That’s why they want the vaccine passports, because it’s the only way they can convince/coerce the “non-vaxxers” to comply. Next comes vaccine passport use for domestic travel, and it will never ever be lifted once it’s mandatory. Have no doubts about that.

Vaccine passports are just a modernized form of the Jewish yellow badge issued by the Nazis between 1939 and 1945, that systematically identified the Jews for deporting them to the ghettos and mass extermination centers (a.k.a. concentration camps – think today’s FEMA here). These badges were issued across all of German-occupied eastern Europe, and then Hitler required all Jews to register their guns. The Jewish badge was key to destroying the Jewish population of Europe, as it was used by the Nazis to watch and control their every movement. Sound familiar?

The only Jews who were granted exemption from the mandatory badge were foreign Jews from neutral countries, or Jews who did work that was important to the German military forces. The badges were then used in the concentration camps to identify inmates (the badge changed its look to an inverted triangle with color-coding for prisoner categories).

The badges were sewn into Jews’ clothing, as today’s badges are being “sewn in” to Americans’ DNA via mRNA. Get it? The Jews who were locked up for political reasons had a red triangle instead of yellow. Guess who got tortured the worst? Still think you know what the Covid mass-vaccination event is really about? Think again. Have you heard of Agenda ID 2020? It’s already been ratified in Germany, home of those damned Nazis.

Are you a Trump fan who doesn’t want to be vaccinated with the dirty Covid jabs? Your vaccine papers will probably have a red logo instead of yellow, as you are data-based and listed on a government watch list as a racist, extremist, domestic terrorist. TSA agents will become the new SS police, verifying your “papers” at the airport, bus stations, train stations, and highway entrances to every different U.S. state.

Over 12 percent of Americans have already been branded with the mark of the beast – mRNA virus fragments from a genetically mutated, highly contagious, respiratory-system-attacking virus strain of coronavirus. And don’t believe all the lies coming from mainstream media and the Biden regime that it’s only the states and local authorities that can enforce mandatory vaccinations, because the feds ALSO distribute these dirty Covid jabs to three freely associated states, four federal agencies, and five US territories. So, you were saying? Make no mistake, Fauci and the CDC are vying to make the dirty jabs mandatory in order to travel anywhere or to attend any school, at every level.

Once Fauci, Gates, the CDC, and Biden’s CCP (Chinese Communist Party) have about 200 million Americans vaccinated, like they had with the flu shots, then the apocalypse comes, and it can begin overnight. Fraudulent Fauci and the Center for Disease Creation are working hard with other countries to make sure they also enforce the Vaccine Passports. Germany, coincidentally, already has its ducks in a row. Learn history folks, or you’re doomed to repeat it. Watch out for those dirty, mass-extinction vaccines. And yes, from the political party of “you don’t need an ID to vote” comes “show me your vaccine papers” to go anywhere and do anything.

Tune your internet dial to Vaccines.news for updates on mandatory dirty vaccines and the Hitler-style propaganda that always comes with it all.