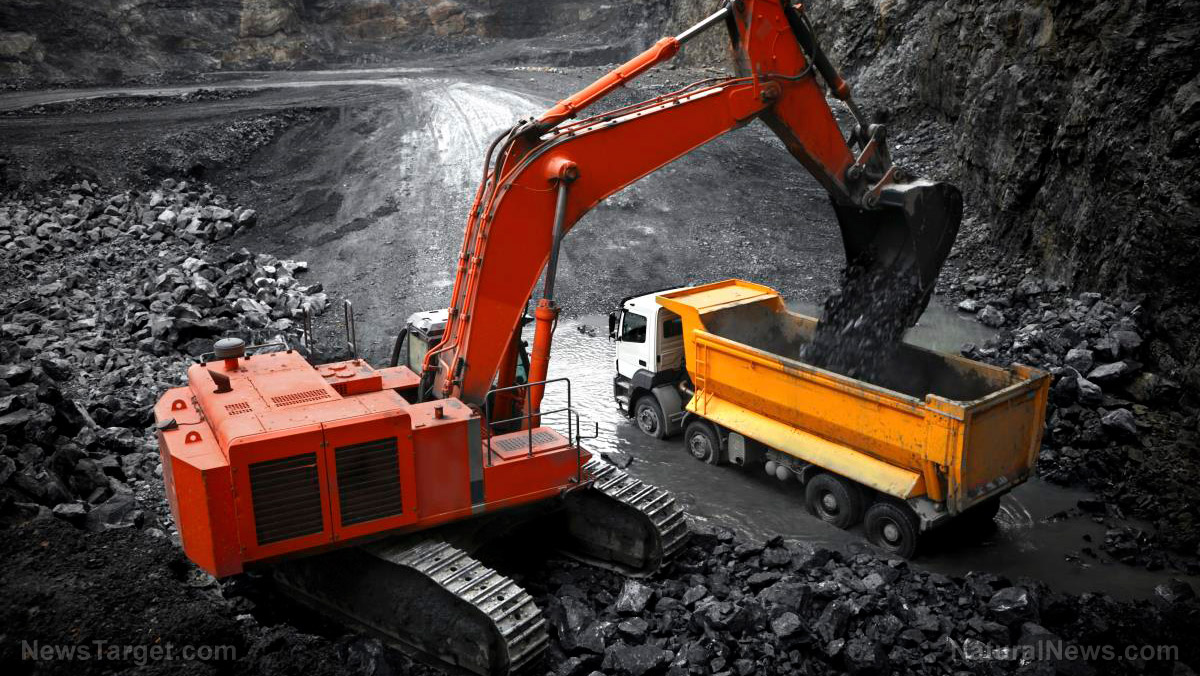 Noel Quinn, CEO of banking behemoth HSBC, is one of the latest corporate titans to flog the “climate emergency” narrative and promote the World Economic Forum’s global plan for the “Great Reset,” a total transformation of our entire planetary society.

Quinn sounded the alarm in a webcast “conversation” with former BBC presenter Nik Gowing at the Climate Innovation Forum in London. So did UN Climate Envoy Mark Carney, who is also a former Goldman Sachs exec, and former Bank of Canada and Bank of England chief.

The HSBS/corporate push for “decarbonization” was the subject of a July 5 article titled “Corporations More Eager To Decarbonize After Covid, HSBC CEO Says” by Forbes senior contributor Jeff McMahon. “In the 60 countries where HSBC Bank does business, corporations are proactively pursuing decarbonized business models,” because of “a lesson they learned from the COVID pandemic,” McMahon wrote.

HSBC is Europe’s second largest bank and the world’s ninth largest, with nearly $3 trillion in assets, according to the recent S&P report, The World’s 100 Largest Banks, 2021. HSBC is a major corporate player at the World Economic Forum (WEF), and its executives are regular participants and speakers at WEF events. It is also one of the most scandal-plagued of the Big Banks,  most notoriously for getting caught knowingly laundering hundreds of billions of dollars from drug cartels and terrorist organizations — for which the Obama administration gave the banksters a light slap on the wrist (see here and here).

Besides cheering on the WEF’s support for draconian COVID lockdowns, HSBC is a leading corporate promoter touting the globalist scheme for “net zero” emissions. This enormous fraud, claiming to be based on sound science, insists that human-caused carbon dioxide must be reduced and removed to the extent that emissions are reduced 8-10 percent annually to achieve “carbon neutrality” by 2050. This, say the alarmists, is the threshold necessary to keep global warming “well below 2°C above pre-industrial averages,” which, according to alarmist fairytales, is the tipping point we dare not cross. Why? Well, if the tipping point is crossed, our eyeballs will explode, our ice cream will melt, our pet polar bears will die — and lots and lots of other horrible, bad, terrible stuff will happen. We know this because the globalist Big Media have been screaming these doomsday prophesies at us for the past 30 years. The scary climate scenarios have repeatedly been shown to be hot air, the products of data fraud and politically-driven computer models. Nevertheless, in the past several years, Big Banking, Big Tech, and Big Business have rushed to the green banners, proclaiming their devotion to Mother Earth and laying out their woke ESG (environmental, social and governance) initiatives: climate action, pandemic action, Black Lives Matter, race reparations, open borders, LGBTQ support, etc.

Like BlackRock’s Larry Fink and JPMorgan Chase’s Jamie Dimon, HSBC’s Quinn is beating the WEF drum, warning of the twin “existential threat to humanity” from COVID-19 and global warming. They have been recruiting other CEOs to jump on the Net Zero bandwagon. At the Climate Innovation Forum, Nik Gowing asked Quinn how corporations respond to HSBC’s urging of net-zero business models. “I’m finding over the past 12-18 months that clients are actually coming for that dialogue proactively rather than us having to go to them,” Quinn said. “I’m finding that commitment from our clients to want to get on this journey. They realize that business models and technologies are going to change. If you’re in the automobile sector, your technology base will change over the next five years. If you’re in the energy sector, your technology base will change. They accept that, and their CEOs understand that.”

With Donald Trump out of the White House and Biden/Harris in, many business leaders, no doubt, have been trending in the woke green direction. Quinn, Fink, Dimon, and their ilk have powerful incentives to offer to those who jump aboard the bandwagon: fear and greed. Fear over being left behind as the marketplace becomes more politicized and “unwoke” companies are targeted for government harassment, civil lawsuits, and media/social media demonization. Greed for cashing in on all the “green” opportunities for politically connected, “socially conscious” corporations.

Quinn notes that the companies coming to him “need support in making that change a reality. And that’s where the finance sector should actually be on the front, financing that transition that needs to take place.” Yes, these companies are realizing that the radical “build back better” plans of the UN, the WEF, and the Biden administration would require massive destruction and construction of homes, apartments, office, factories, transportation. And they will need financing to do that. And they are so lucky that HSBC, BlackRock, JPMorgan Chase, Citi, and the other Big Banks stand ready to help them out — with funny money that will be spun out of thin air by the Federal Reserve and the global banking coterie!

From Scamdemic to Climate Con

Although the globalists have been pushing the climate alarm button for three decades, it took the COVID “pandemic” to provide the pretext and generate the levels of fear necessary for mass acceptance of drastic new erosions of personal liberty. That has incentivized many companies. “I think covid has helped in that regard,” Quinn said. “Everybody in the world has had a wakeup call on how fragile the world economy is. With that wakeup call, I think the pace of change has accelerated over the past 12 months.”

Mark Carney endorsed the climate plan put forward at the G7 Summit in June and said, “We have to make it the turning point for our planet. The G7 has put down the gauntlet and secondly taken some of the steps necessary in the financial sector, but there is unfinished business.”

Quinn, Carney, and Gower are all veteran participants in the WEF’s Davos extravaganzas, the annual confabs where jet-set billionaires gather to tell the rest of us to downsize our lifestyles and to adopt their “green” agendas that will transfer more political and economic power into their hands.

How genuine is their concern about greenhouse gas emissions anyway?  As we reported last month, HSBC, BlackRock, and JPMorgan Chase are among the biggest financiers of Communist China’s mammoth, ongoing expansion of coal-fired plants all over the world, while at the same time pushing the Biden-Harris-AOC “net zero” agenda here that is shutting down American energy, including coal, oil, and natural gas. Not that it really matters as far as affecting the climate, but any CO2 reductions we make here in the United States will be completely canceled out by China’s coal binge. Meanwhile, we will have destroyed our economy and made China’s stronger.

Post-COVID vaccine deaths are not being autopsied – why?
By Ethan Huff 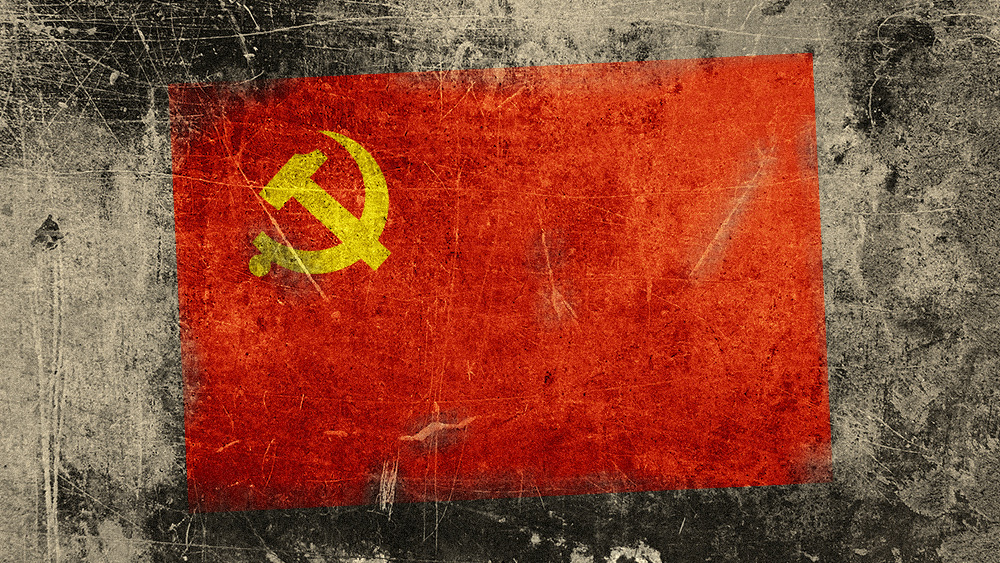