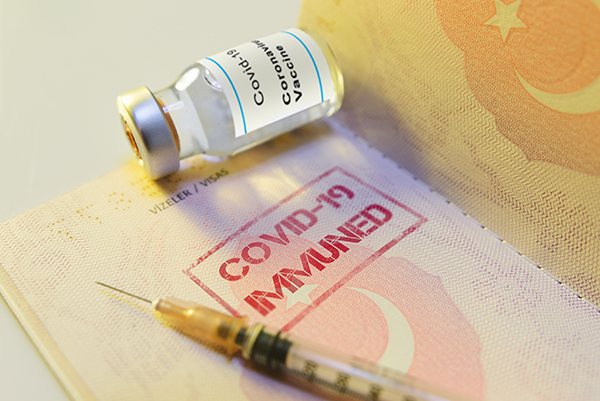 The government of the United Kingdom has released new data showing that the vast majority of “delta variant” deaths are occurring among people who got “fully vaccinated” for the Wuhan coronavirus (Covid-19).

Only one third of all deaths supposedly caused by the delta variant are occurring in people who did not get the jab, which clearly shows that “Operation Warp Speed” is an utter failure – assuming that “saving lives” was the goal, anyway.

From February 1 through August 2, the U.K. recorded 742 deaths allegedly caused by the delta variant. Of these, 402 were fully vaccinated while 79 had received just one shot. The remaining 253 cases were unvaccinated.

You can view the official government report outlining the data at this link.

“If you get covid having been vaccinated, according to this data, you are much more likely to die than if you were not vaccinated!” writes Chris Waldburger on his Substack.

“Obviously some allowance must be made for more elderly people being vaccinated, but not enough to change the bottom line: This vaccine is not nearly as effective as advertised.”

Covid vaccinations must stop in the best interest of public health

In every country where Fauci Flu shot uptake is high, including in Israel, deaths and hospitalizations are soaring.

A whopping 60 percent of all new hospitalizations in Israel are “fully vaccinated” patients who are now being told by their government that they need a third “booster” shot in order to stay “safe” against vaccine-caused mutations.

“The powers that be will not admit there is something terribly wrong,” Waldburger adds, calling for “a complete recalibration of global policy” as “the only moral option” here.

“They will not acknowledge the clear science that people with natural immunity, and the young and healthy, do not need to take the risks of these injections.”

Waldburger also explains that natural immunity, meaning real immunity, is the best way to go. Vaccine-induced “immunity,” if you can even call it that, lasts for only a very short time at best. At worst, it destroys natural immunity forever, leaving a person prone to a lifetime of disease.

You can learn more about natural immunity and why it is superior to vaccine-induced “immunity.”

How many more new “variants” will emerge from the booster shots?

Now that this is becoming widely apparent with Wuhan Flu shots, governments around the world are ramping up the booster shot propaganda, claiming that a semi-annual injection is necessary for the “fully vaccinated” to stay “immune” to disease.

This makes no sense, of course, as the first two jabs clearly did nothing to promote immunity while leaving the injected prone to disease. The apparent hope, however, is that the injected will turn off their brains and just obey the orders.

Once the booster shot campaign really gets going and additional needles are plunged into arms, we expect a slew of new “variants,” likely even more deadly than the last, which will drive calls for a fourth booster, and so on and so forth, forever.

The plan would seem to be to so destroy people’s immune systems with these shots that they are forever reliant upon Big Pharma and the government to give them their next hit of “immunity” every six months or so.

“The truth is probably that the 253 unvaccinated deaths were from other causes, not covid or delta,” speculated one commenter at Chris Waldburger’s blog.

“Historians will look back and call this the malignant hypochondria era,” wrote another. “So there really is something going around that’s far more pernicious than Covid-19.”

Chinese Virus injections are a death sentence. To keep up with the latest, visit ChemicalViolence.com.