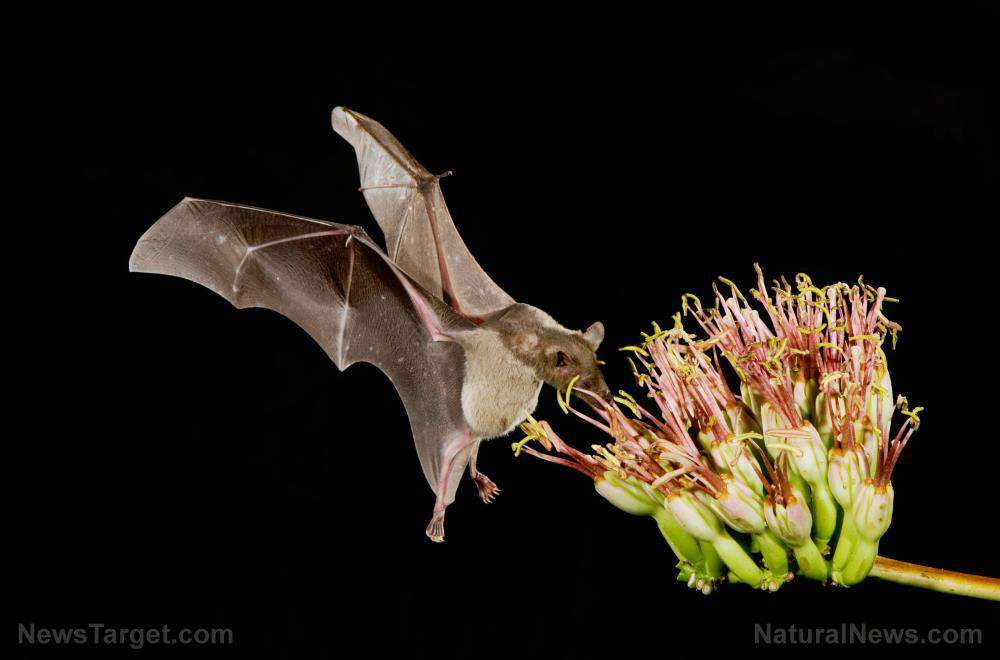 A year and a half prior to the Wuhan coronavirus (Covid-19) making its world debut, scientists working in Wuhan, China, reportedly submitted a proposal asking to release genetically altered (GMO) coronaviruses into the wild.

Leaked documents dated from 2018 reveal that a full 18 months before anyone had ever even heard the term covid, researchers had announced plans to unleash “skin-penetrating nanoparticles containing ‘novel chimeric spike proteins'” into bat caves in China’s Yunnan province.

Peter Daszak of the U.S.-based EcoHealth Alliance organization submitted a bid requesting permission to use genetic engineering for implanting “human-specific cleavage sites” into bat coronaviruses, making it “easier for the virus to enter human cells.”

This would explain how SARS-CoV-2, which should have remained in bat populations, somehow crossed over into human populations. Genetic tampering allowed the virus to infect humans, and it would appear as though the so-called “vaccines” are one of the major delivery vehicles for getting the manipulated virus into people’s bodies.

On Daszak’s “bat team” was none other than Dr. Shi Zhengli, a researcher at the Wuhan Institute of Virology (WIV), along with researchers from the University of North Carolina (UNC) and the United States Geological Survey (USGS) National Wildlife Health Center.

See the full DRASTIC document at this link, archived on NN servers.

Daszak appears to have gone ahead with the project anyway, despite his funding request being rejected

It turns out that DARPA refused Daszak’s contract saying that “it is clear that the proposed project led by Peter Daszak could have put local communities at risk.” It went on to warn that Daszak had not even fully considered the dangers involved with enhancing the virus through gain of function research before making his request.

Daszak’s team claimed that it would “conduct educational outreach” to make sure there was “a public understanding of what we are doing and why we are doing it, particularly because of the practice of bat-consumption in the region.”

Despite having his proposal rejected, it appears as though Daszak went ahead with it anyway. This is according to Angus Dalgleish, a professor of oncology at St. George’s, University of London, who says that illegal gain of function research on coronaviruses was taking place in Wuhan long before SARS-CoV-2 mysteriously appeared.

“This is clearly a gain of function, engineering the cleavage site and polishing the new viruses to enhance human cell infectibility in more than one cell line,” Dalgleish said.

You may recall that Daszak published that infamous letter in The Lancet “debunking” the theory that the Chinese Virus came from a lab in Wuhan, instead blaming its release on “bats.”

Daszak was later outed as a “bag man” with serious conflicts of interest who was simply trying to cover up his evil deeds by publishing lies in a “credible” medical journal. Now, everyone who is paying attention knows the truth about him.

“For more than a year I tried repeatedly to ask questions of Peter Daszak with no response,” says Viscount Ridley, the co-author of an upcoming book on the origins of the Wuhan coronavirus (Covid-19).

“Now it turns out he had authored this vital piece of information about virus work in Wuhan but refused to share it with the world. I am furious. So should the world be. Peter Daszak and the EcoHealth Alliance (EHA) proposed injecting deadly chimeric bat coronaviruses collected by the Wuhan Institute of Virology into humanised and ‘batified’ mice, and much, much more.”

The newly released documents incriminating Daszak even further came from an international consortium of scientists that calls itself “Drastic Research.” They were authenticated by a former official in the Trump administration.

Drastic Research says that very soon it will publish the actual “DEFUSE Proposal Documents” that outline the scheme in greater depth. Daszak will have nothing to hide behind once these go public.

“Given that we find in this proposal a discussion of the planned introduction of human-specific cleavage sites, a review by the wider scientific community of the plausibility of artificial insertion is warranted,” Drastic said in a statement.

“The scary part is they were making infectious chimeric MERS viruses,” the source indicated. “These viruses have a fatality rate over 30 per cent, which is at least an order of magnitude more deadly than Sars-CoV-2.”

“If one of their receptor replacements made MERS spread similarly while maintaining its lethality, this pandemic would be nearly apocalyptic.”

Daszak is clearly a mad scientist who enjoys creating “Frankenstein monsters” out of otherwise harmless pathogens that would never otherwise be a threat to humanity. Why is this individual still walking around freely and not in prison or appearing before a military tribunal for committing crimes against humanity?

“This is like a moronic five-year-old playing with his dad’s loaded shotgun – absolute madness,” wrote one Zero Hedge commenter about Daszak’s endeavors.

“Godless apes like Daszak have no moral compass and academia is chock full of nuts like him,” wrote another.

More of the latest news about the Wuhan coronavirus (Covid-19) can be found at Pandemic.news.