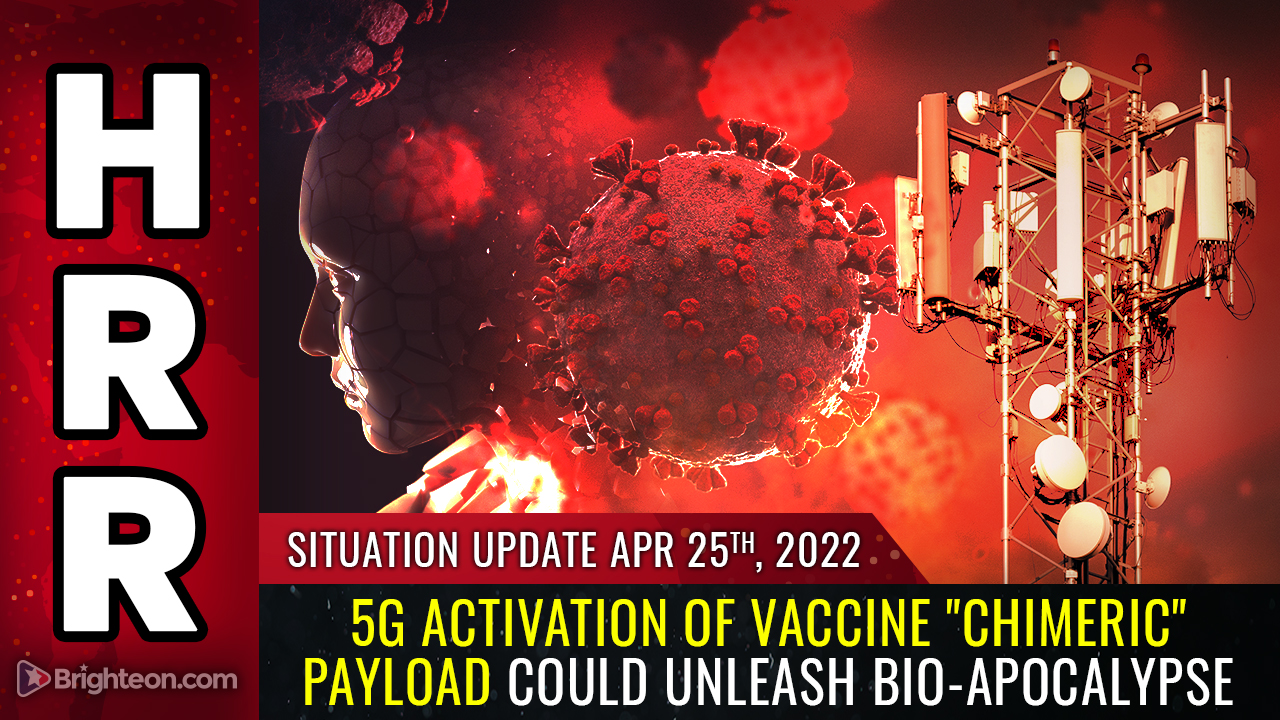 Today’s Situation Update podcast covers several key stories, including the worsening of food shortages around the world (with Indonesia now banning all exports of edible oils, including palm oil) and Russia’s claim that the United States is about to launch a false flag chemical attack in Kiev or Kharkov in order to escalate the war by blaming Russia.

But the main discussion in today’s podcast centers around a Jeffrey Prather interview that aired on Brighteon.TV last week, when Prather invited guest attorney Todd Callender to offer his latest intel on what he believes is about to take place on the pandemic front.

If you watch the following interview video from 15:00 – 18:00, you’ll get the most relevant part of that information, in which Callender explains what he thinks is coming:

This is all extremely important to understand for a couple of reasons. First, Jeffrey Prather carefully vets his guests, so this isn’t some hare-brained fringe theory from an unknown source. Secondly, Callender’s claims have a basis in fact, found in CDC documents and even terms of service contracts from Amazon, among other companies. While the claims may sound outlandish, they are plausible and need to be considered.

Chimeric Marburg “payloads” to be unleashed by 5G signals?

In his interview with Prather, Callender states that he believes people injected with mRNA “vaccines” (which aren’t really vaccines) were actually installed with nanotechnology carrying chimeric virus payloads that may include elements of Marburg virus. According to Callender, a broadcast from 5G cell towers at 18 MHz, for a specific duration and sequence, will cause affected cells to rupture, unleashing Marburg payload bioweapons into the blood of those who took the mRNA injections.

This, in turn, would instantly unleash a Marburg pandemic and produce a sudden rush of symptoms including bleeding out (hemorrhagic fever isn’t pretty), cardiovascular deaths, seizures and more.

Some of the symptoms that could appear would even resemble classic “zombies” as depicted in pop culture: Biting, loss of cognitive function, aggression, confusion and extreme alterations in the appearance of skin and eyes, among other similarities. (Such symptoms may also appear to be Libs of TikTok, so don’t be confused…)

Callender’s claim that the CDC has produced “zombie apocalypse” warning documents is confirmed and true. We covered the CDC zombie story a decade ago, and since then, similar zombie apocalypse warnings have shown up in terms of service documents from companies like Amazon. See this real headline, “Kansas governor declares October Zombie Preparedness Month; urges citizens to prepare for zombie apocalypse.”

If this theory pans out, the obvious timeframe for the powers that be to release the binary weapon would be before the mid-term elections taking place later this year. With a whole new pandemic hitting the scene — with far more serious symptoms and a higher death rate compared to covid — the elections could either be cancelled or altered into a universal vote-from-home format which would favor the highly organized vote rigging and ballot counterfeiting of the Democrats (who are only in power because they stole the last election, of course).

Critics might say this all smacks of science fiction. But we are living through a science fiction dystopian scenario right now, with extreme censorship, an Orwellian global cabal trying to exterminate the human race, the rise of the robots and the mass injection of billions of people with exotic nanotechnology that seems to have a rather nefarious purpose, far from merely offering “immunity.”

None of that is science fiction. It’s all science FACT, as evidenced by the USPTO (patent office) records. Here’s a partial list of patents from Dr. Charles Lieber, starting with the USPTO patent number, then the title for each patent:

Analyzing the risk of a 5G-activated bioweapons release

In today’s Situation Update podcast, I analyze the claim of 5G-activated bioweapons stemming from “injected technology” via the vaccine cover story. I also cover the latest on Ukraine, including a media report claiming that over 50 high-ranking French military officials are trapped in Azovstal and are about to be either captured, suicided or murdered by their own allies.