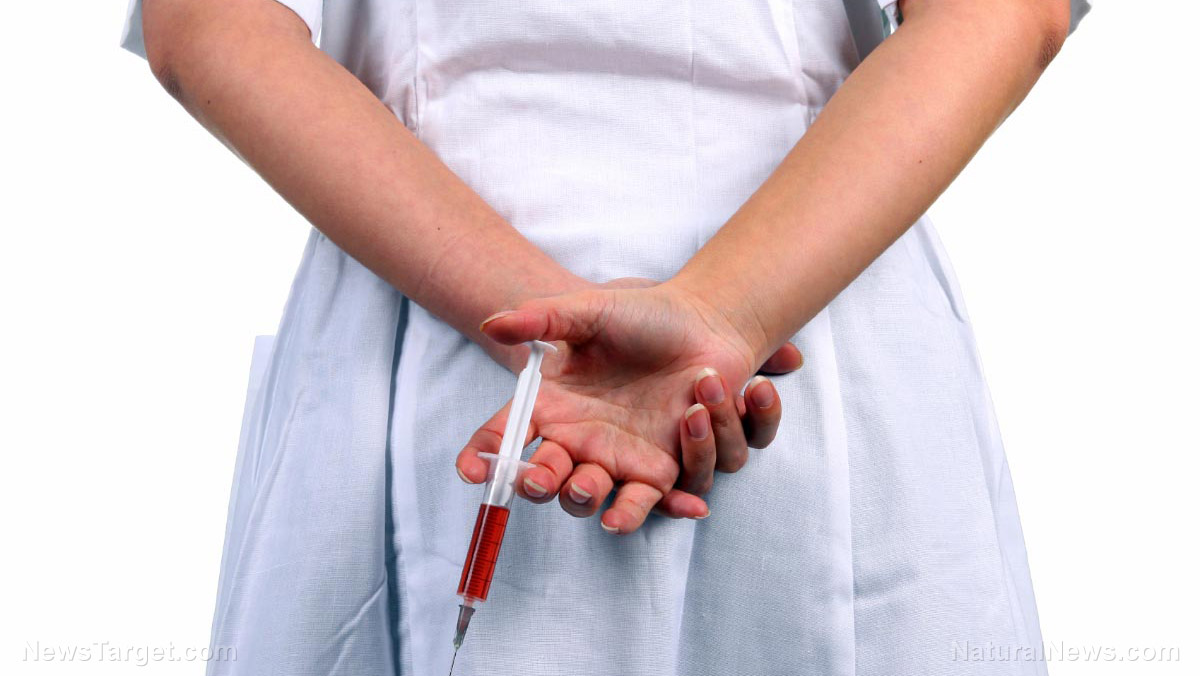 “The HighWire” host Del Bigtree, slammed the Centers for Disease Control and Prevention (CDC), the Food and Drug Administration (FDA) and the World Health Organization (WHO) for concealing the fact that Wuhan coronavirus (COVID-19) vaccines cause Guillain-Barre Syndrome (GBS).

GBS happens when a person’s own immune system attacks the body’s nerves. This harm causes muscle weakness and sometimes paralysis.

“This is just malicious. I don’t know how else to say it. The CDC, FDA, WHO – they know this, and yet they’re still promoting this horrible product,” Bigtree said in a recent episode of “The HighWire.”

During the show, co-host Jefferey Jaxen read an article authored by neurological disease expert Michael Lunn about the GBS being associated with the AstraZeneca COVID-19 vaccine.

“At the moment, we don’t know why a vaccine may cause these very small rises in GBS. It may be that a non-specific immune activation in susceptible individuals occurs, but if that were the case, similar risks might apply to all vaccine types,” Lunn said. “It is therefore logical to suggest that the simian adenovirus vector, often used to develop vaccines, including AstraZeneca’s, may account for the increased risk.”

Jaxen shared that between January to October 2021, 996 GBS cases were recorded in the United Kingdom National Immunoglobulin Database.

However, there was an unusual spike in GBS reports occurring in March and April 2021, which coincided with the rollout of AstraZeneca’s COVID-19 vaccine in the United Kingdom. The were about 140 cases recorded per month during that period – a 40 percent increase compared to the historical average of 100 per month.

Even in the U.S., the FDA saw a potential of neurological complication with Johnson and Johnson or the Janssen vaccine, which is another adenovirus vector vaccine like AstraZeneca. (Related: Texas teen develops Guillain-Barre syndrome weeks after receiving first coronavirus vaccine dose.)

“Those are people whose lives were changed forever, some of them in wheelchairs. And they’re not even discontinuing them. They’re doubling down and saying get a third and fourth shot,” Bigtree said.

At the height of the swine flu scare in 1976, 46 million Americans obediently took the vaccine to prevent the virus from spreading. Now, 4,000 people are claiming damages from the U.S. government amounting to $3.5 billion. Two-thirds of them are for neurological damage.

A “60-minute” episode about the 1976 swine flu included a report about Judy Roberts, a perfectly healthy and active woman before she took the shot in November 1976. Two weeks later, she began to feel a numbness starting up her leg.

“By the following week, I was totally paralyzed,” she said.

The video, which was played during Bigtree’s show, showed that doctors had to operate on Roberts to enable her to breathe. And for six months, she was quadriplegic and was diagnosed with GBS.

“GBS was also associated with the 2009 H1N1 vaccine, when that was pushed,” Jaxen noted. He read a news headline published by CBS News in 2011: “H1N1 flu vaccine tied to higher risk of Guillain-Barre syndrome.”

The article mentioned that researchers discovered that 77 people developed GBS up to 91 days after receiving the swine flu vaccine. The results of the study, which was published by the Lancet in March 2013, were derived from 23 million people in the U.S. who received the H1N1 vaccine and responded to a survey.

Now, the horrors brought by GBS have resurfaced because of COVID-19 vaccines. “It’s just shocking that anyone thinks it would be a good idea to take a total experimental product,” Bigtree said.

Visit VaccineInjuryNews.com for more on vaccine injuries and deaths being concealed by governments.

Watch the full June 3 episode of “The HighWire” below.

This video is from the channel The HighWire with Del Bigtree on Brighteon.com.

Mainstream attitudes toward Covid-19 jabs are slowly changing in wake of vaccine injuries.

Dr. Peter McCullough: One COVID vaccine death is too many.